[UPDATE2 03/09/2016 04:50 PM]
Nvidia's Sean Pelletier has reached out to clarify. The 362.00 driver is still the latest WHQL certified and will remain so while the latest 364.51 driver is pending certification.  The 364.51 is a Beta driver and has been submitted to Microsoft for WHQL certification. It's expected to be back and posted by tomorrow.
Under GeForce Experience, users have the option to show "ALL" drivers which will include the latest 364.51 Beta. Those who are not seeing the 364.51 driver version as an option do not have "show Beta" selected as an option.

Finally, Sean is adamant that no PCs have been damaged by 364.47 or 364.51. The main issue is related to black screens showing up during installation but there has been no component harm.

Sean Pelletier - Nvidia
An installation issue was found within the 364.47 WHQL driver we posted Monday. That issue was resolved with a new driver (364.51) launched Tuesday. Since we were not able to get WHQL-certification right away, we posted the driver as a Beta.

We are expecting the WHQL-certified package for the 364.51 Game Ready driver within the next 24hrs and will replace the Beta version with the WHQL version accordingly. As expected, the WHQL-certified version of 364.51 will show up for all gamers with GeForce Experience.

Nvidia released new game-drivers for GeForce GPU owners last night. The new set of drivers, version 364.47, bring performance optimisations for The Division and Need for Speed. However, as soon as users started downloading them the internet has been flooded with users reporting all kinds of issues. Ranging from the system failing to boot, crashes, blue screens, infinite restart loops, freezes, losing audio, visual corruption to damaging and burning out graphics cards. 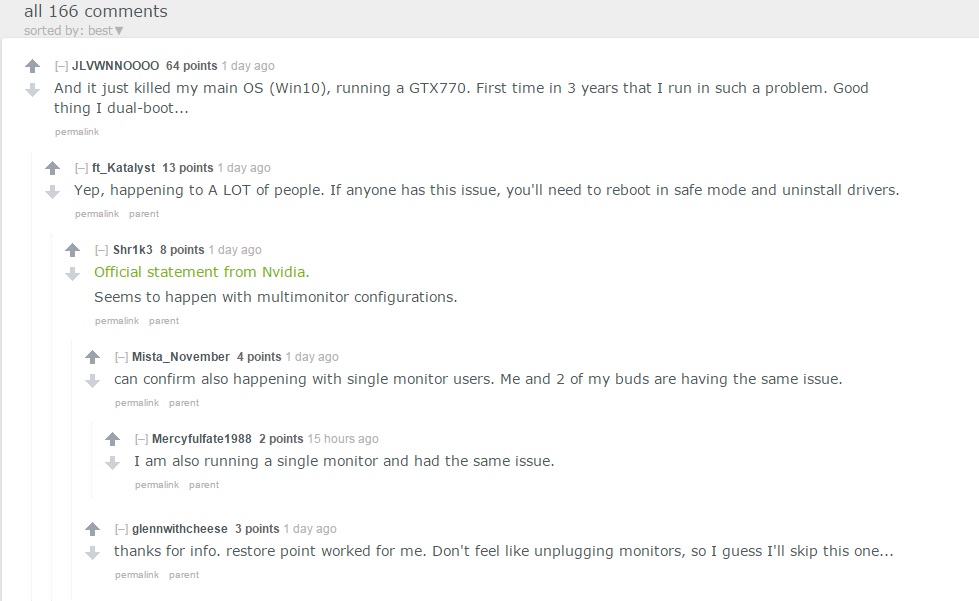 The cause of the issues is still unknown. The reports are still coming in from a variety of users with a wide range of Nvidia GeForce graphics card generations and models.

Nvidia issued several statements following the driver release stating that it's "actively investigating the issue". It's also recommending that users avoid choosing the "Express" option when installing the drivers. Additionally, the company recommends to users who are experiencing issues to log into windows via safe mode and uninstall the drivers.

NOTE: Best way to make sure your issue is addressed is to provide sufficient feedback so that we can reproduce your issue. If you are not sure what information you should provide, please fill out the driver feedback form below as best you can:

7:30AM 3/8/16
After finding a critical installation issue, the team has replaced yesterday’s driver (364.47) with today’s new driver (364.51). This driver has been submitted to Microsoft for WHQL-approval and we will update the driver package online as soon as we have the certified package.

4:00PM PST
We have reproduced the issue and our engineers continue to debug it. Initial investigation suggests the issue is related to doing an "Express" installation. We suggest those willing to try this driver use a Custom -> Clean Install installation.

9:30AM PST
We have received reports of some users having issues installing today’s Game Ready Driver. Initial investigation suggests the issue is isolated to multiple-monitor configurations.
Should you experience issues, you can either disconnect one monitor during the driver installation (and reconnect once completed) or you can uninstall the driver through Windows Safe-Mode and revert to a previous version. Our driver team is actively investigating the issue and we will have more information shortly. 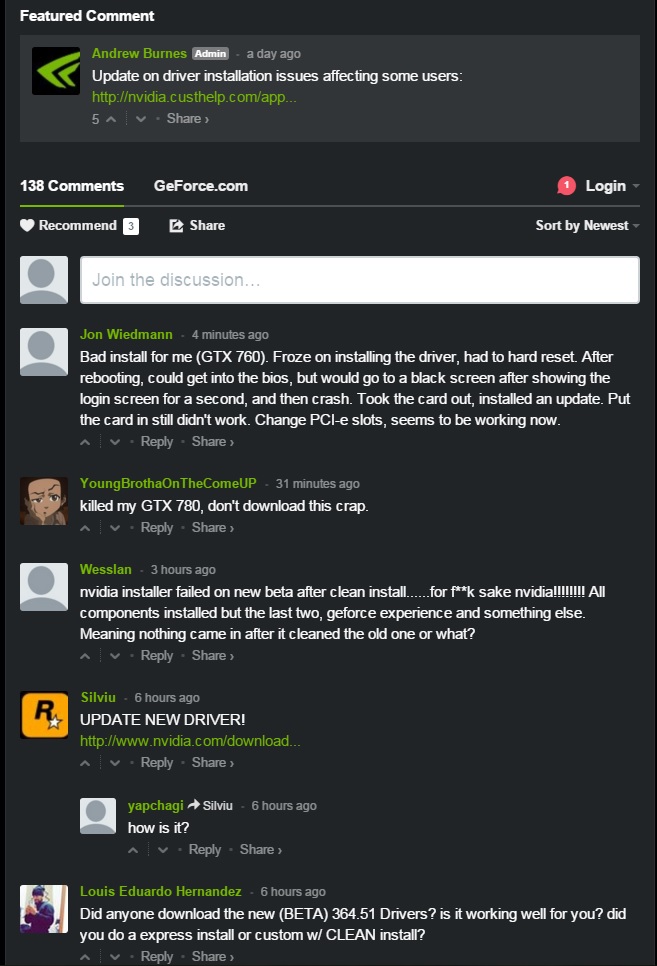 Nvidia has also subsequently released the 364.51 driver but the reception has been mixed on reddit as well as Nvidia's GeForce forums. Some users report that the drivers have resolved their issues while others are reporting running into the same issues and even new ones. 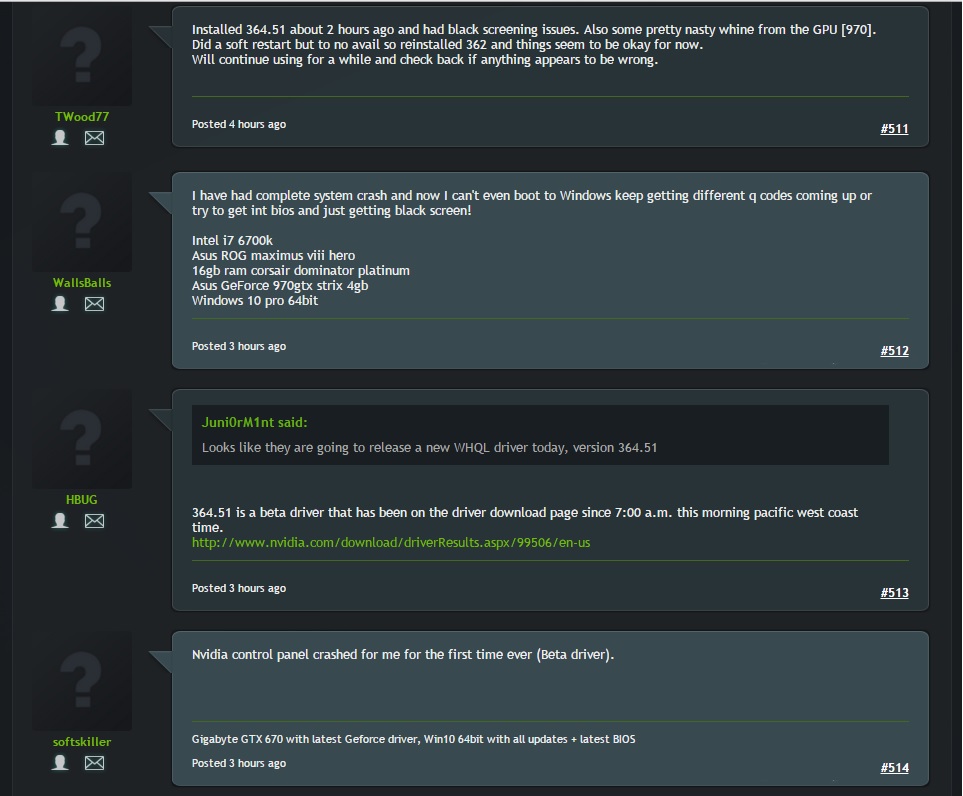 Nvidia users on the GeForce forums reporting issues after installing the latest 363.51 drivers.

If you've already downloaded and installed the drivers and you're having issues you could try using driver removal tools such as Display Driver Uninstaller from Safe Mode. If you haven't it's recommended that you stay on the last stable version you have installed until the issues are resolved.