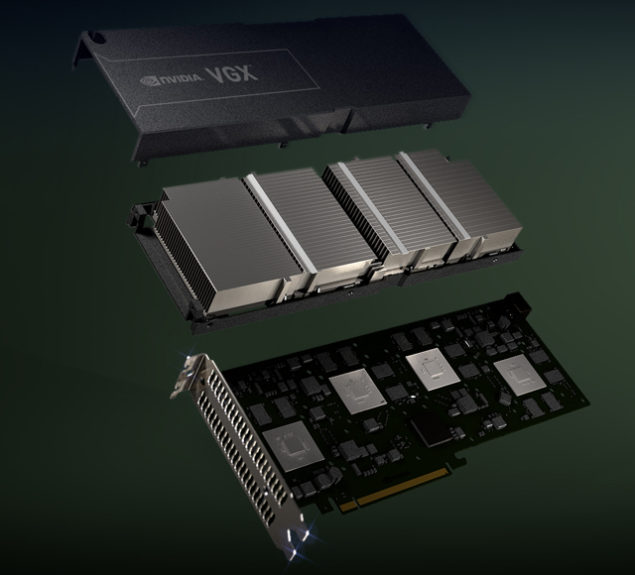 Engineers and design professionals will be able to work anywhere on virtually any device and still have access to the computing and graphics performance of a GPU-powered workstation, with today's launch of the cloud-based NVIDIA VGX K2 GPU. Built on the NVIDIA Kepler architecture -- the world's fastest, most efficient GPU architecture -- VGX K2 adds unprecedented workstation capabilities to the NVIDIA VGX platform, which was announced earlier this year. 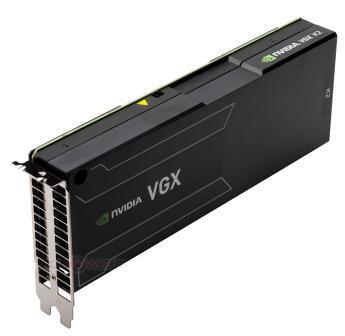 The NVIDIA VGX platform utilizes the GPU to allow enterprises to efficiently deliver virtualized workstation performance and capabilities -- including rich multimedia and 3D graphics -- to users on smartphones, tablets or PCs. Its VGX K2 board, which includes two workstation-class GPUs, enables enterprises to increase user density without sacrificing performance or application compatibility.

"The VGX platform has been developed to bring rich, interactive graphics to all enterprise virtual desktop users," said Jeff Brown, general manager of the Professional Solutions Group at NVIDIA. "With VGX K2 in the data center, designers and engineers who create the core intellectual property for their companies can now access their IP from any device and still enjoy workstation-class performance."

Citrix XenDesktop with HDX 3DPro uses NVIDIA VGX technology to deliver a faster, more interactive user experience. In combination with Citrix XenDesktop and Citrix XenApp, the NVIDIA VGX K2 GPU provides users full compatibility and performance of all their graphics and GPU computing-intensive applications. In addition, the ecosystem of Citrix Ready partners around HDX 3D will be able to use VGX K2 to provide workstation-class performance.

"In our increasingly global and mobile economy, companies are looking more and more to desktop virtualization as a critical solution, and we're working closely with NVIDIA to offer the most advanced virtualized user experience on the market," said Krishna Subramanian, vice president of marketing and partner engagement at Citrix. "XenDesktop with NVIDIA VGX acceleration aims to deliver workstation-class performance to the most demanding users in enterprises, while also increasing user density in their data centers."

The NVIDIA VGX K2 platform for virtual workstations is expected to be available from leading server OEMs starting in early 2013. More information is available at www.nvidia.com/vgx.