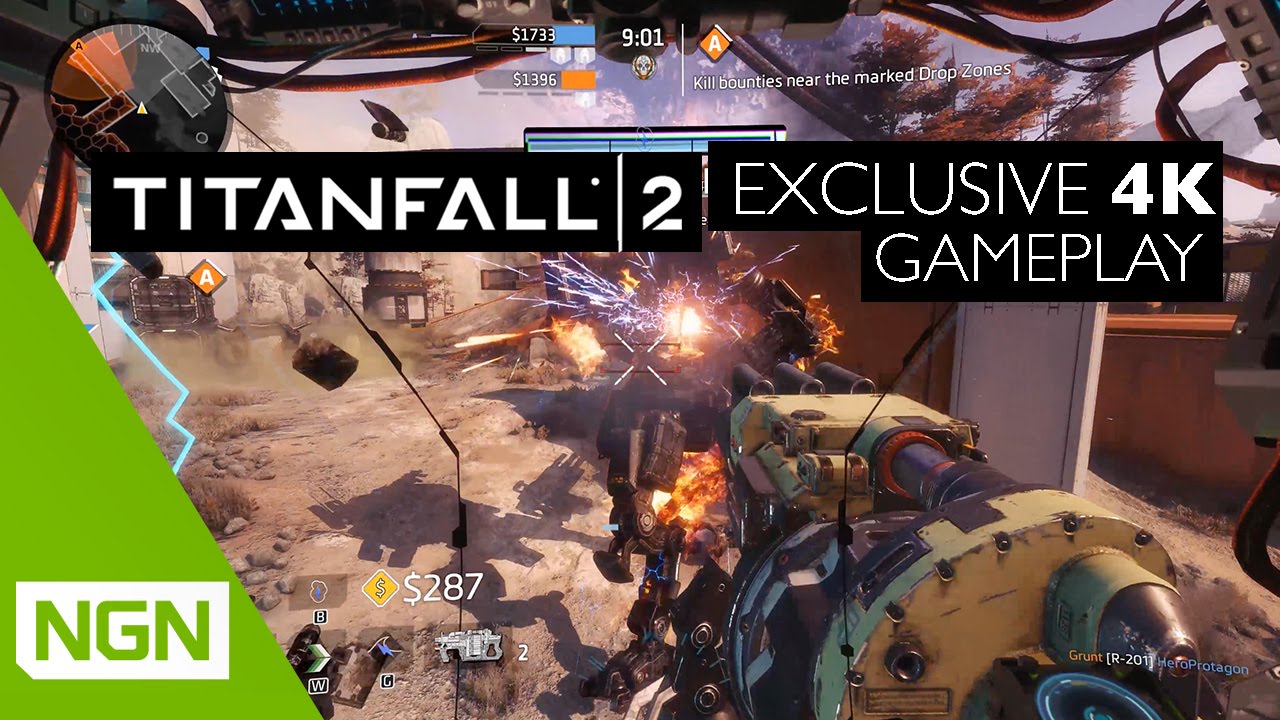 The gameplay is courtesy of NVIDIA’s Gaming Network, “NVN”, and features Respawn’s upcoming fast-paced Titan and Pilot shooter, Titanfall 2. Check out how the game performs with every setting maxed out on a NVIDIA Titan X.

Respawn Entertainment released the system specifications for PC last week, and can be found here. We’ve included a handy table with the recommended GPU’s for various Titanfall 2 presets below (provided by NVIDIA). 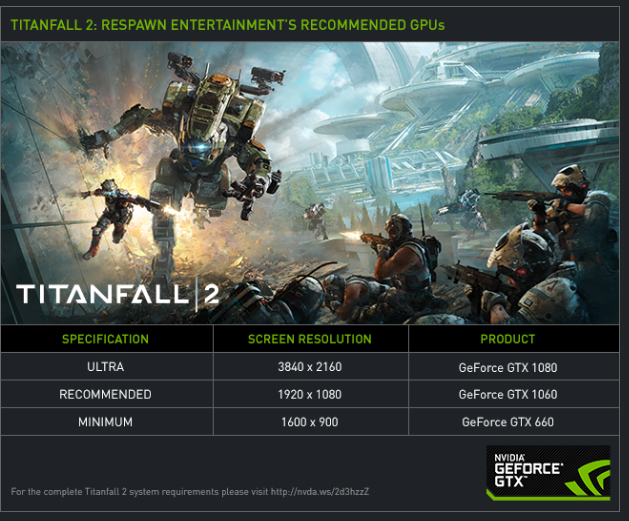 On the Titanfall2 blog, Respawn has uploaded performance benchmarks from Titanfall 2, which can also be found in the gallery below:

All this means nothing if the game runs terribly your PC, right? In a move that is sure to scare all the engineers at the office (since the game isn’t done yet!) I went ahead and grabbed a build off the server and ran a benchmark on all three of the system specs listed above. The following graphs are the framerates recorded over the course of a 2-minute benchmark in multiplayer. While unfortunately we will not be shipping a benchmarking feature within Titanfall 2 hopefully this will give you an idea of where your system might end up. I ran the benchmark three times on each system and recorded a variance of about 1% between each run, so it was pretty consistent and reliable. I specifically had our QA guys record a benchmark in Bounty Hunt that includes a ton of AI and lot of action to keep the stress on the GPU high – in modes like Pilot vs Pilot you’ll see higher average framerates for sure.

The following graphical options are available for Titanfall 2 on PC:

Titanfall 2 releases on October 28 for PC, Xbox One, and PS4.