Nvidia has recently added support for new Quadro based graphic cards in their driver update configuration file over at LaptopVideo2Go (Via Videocardz.com). The new models are the Nvidia Quadro M5000 and Nvidia Quadro M4000. The SIGGRAPH 2015 event is coming up and will probably see the launch of these Quadro SKUs. As noted by Videocardz, this is the same time-frame during which the Quadro Kxx2 parts were launched. 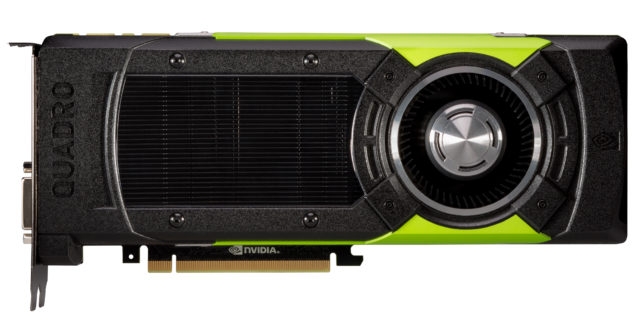 This is going to be a relatively short update, since we don't know much about the configuration of these GPUs. The Quadro parts are based on the GM204GL GPU while as the Tesla M60 is also based on the GM204 GPU. Since the core in question features a 256bit bus, we can expect either a 4Gb or an 8GB video buffer size - with the later being more likely considering the high end market in question. The relevant entries in the driver update are as follows:

Although we do not know the specifics of the Quadro M5000 and M4000, we can safely assume that the 5000 counterpart will feature the full GM204. The M4000 on the other hand will probably feature a cut down variant - although how cut it will be is anyone's guess. The GM204 GPU has 16 SMMs, so a good estimation would be around the 13SMM mark (± 1 SMM) with correspondingly 1536 to 1792 CUDA cores. The Tesla K60 on the other hand is expected to be a full fledged GM204 GPU with 8GB of GDDR5 vRAM. Given below is the comparison table with the new additions added.