NVIDIA made some key announcements for the gaming community at CES 2017. The GPU maker announced a new SHIELD TV platform that utilizes their Tegra processor and a new game streaming service known as GeForce NOW.

The latest console gaming endeavor comes from NVIDIA in the form of a technical upgrade to the previous SHIELD console. The new SHIELD and SHIELD Pro will be based on NVIDIA's Tegra X1 processors which utilizes the Maxwell GPU architecture. Both variants feature a 256 CUDA Core GPU design and pack 3 GB of RAM. The Pro variant is dedicated towards the home media server category with 500 GB storage and retails for $299 US while the other variant carries a price tag of $199 US, packing 16 GB storage. 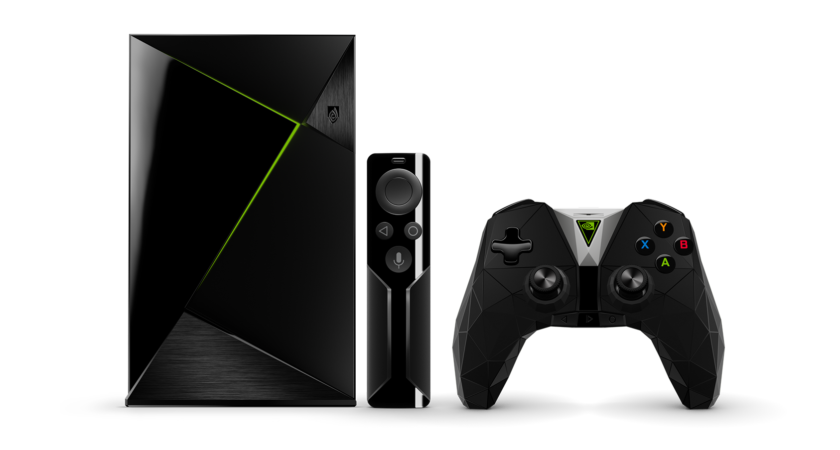 "NVIDIA's rich heritage in visual computing and deep learning has enabled us to create this revolutionary device," said Jen-Hsun Huang, founder and chief executive officer of NVIDIA, who revealed SHIELD during his opening keynote address at CES.

"SHIELD TV is the world's most advanced streamer. Its brilliant 4K HDR quality, hallmark NVIDIA gaming performance and broad access to media content will bring families hours of joy. And with SHIELD's new AI home capability, we can control and interact with content through the magic of artificial intelligence from anywhere in the house," he said. via NVIDIA

The new SHIELD delivers the richest visual experience with support for 4K HDR and 3x the performance of any other streamer on the market. With the addition of Amazon Video in 4K HDR, SHIELD offers the largest, most open catalog of media in stunning 4K -- also supporting Netflix, YouTube, Google Play Movies and VUDU.

SHIELD TV stands alone among media streamers, with the widest range of gaming capabilities and richest assortment of game content. Its library of games has been expanded to thousands of titles, with the ability coming soon to stream Ubisoft's catalog of hits, including Watch Dogs 2, Assassin's Creed Syndicate, For Honor and countless others. New Ubisoft games will also be available, simultaneous with their PC release.

SHIELD continues to add hit franchises to the platform natively. Upcoming games include The Witness, Tomb Raider and Shadowgun Legends.

NVIDIA GameStream – the super smooth, ultra-low latency streaming technology – lets GeForce gamers untether their PC gaming experience by casting their library of games to SHIELD. Improvements to the service bring vibrant 4K HDR streaming at up to 60 frames per second. 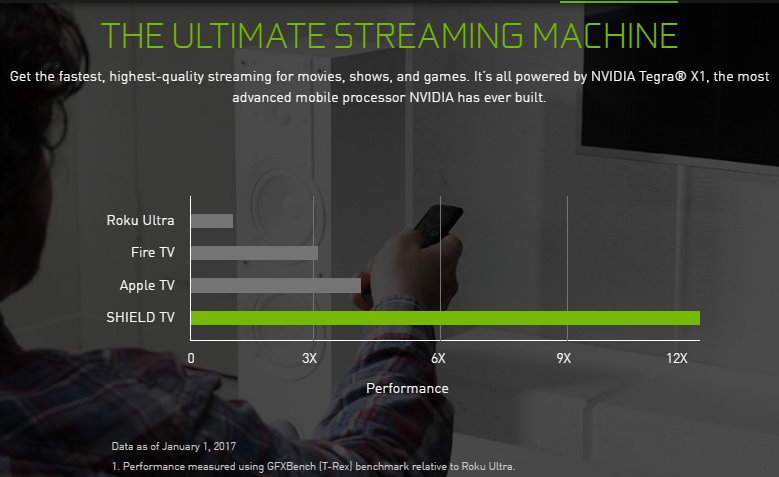 The Steam app is now supported with direct access to Steam Big Picture. Gamers can stream their library of Steam titles from their PC to the big screen in the living room.

AI in the Home

In the coming months, SHIELD TV will be expanded with a series of AI capabilities that transforms home entertainment:

"We're excited to be part of the new SHIELD TV, powered by the Android TV platform," said Sascha Prueter, director of Android TV at Google. "When the Google Assistant comes to Android TV in the coming months, SHIELD users will be able to enjoy a hands-free Android TV experience through 'Ok Google' voice commands."

GeForce NOW gives gamers the freedom to enjoy high-performance PC gaming anywhere. And the service makes gaming easier than it's ever been by automatically installing patches and driver updates.

Home or Away. Desktop or Laptop. PC or Mac. With GeForce NOW Service

GeForce NOW provides a simple way for new players who may not have access to a high-performance GeForce GTX gaming rig to experience high-performance PC gaming. Gamers can use the service to easily transform aging Windows-based PCs or laptops with integrated graphics into state-of-the-art gaming machines. They can also play the hottest new PC game releases on their Macs without waiting for the Mac versions to become available.

Gamers can enjoy games they already own on the stores mentioned above, as well as purchase new games as soon as they're available. GeForce NOW saves in the cloud game progress and achievements, and synchronizes them with locally installed games. This means gamers can use GeForce NOW on a secondary laptop and pick up right where they left off playing on their primary gaming PC.

They can easily take all their games with them on the road, to their dorm room, a friend's house or simply another room in the home. GeForce NOW gives gamers the freedom to enjoy high-performance PC gaming anywhere. And the service makes gaming easier than it's ever been by automatically installing patches and driver updates.