The Nvidia Shield Tablet is a niche product that has yet to fully demonstrate its potential, however Sweclockers reveals that the controller that you get with the tablet is getting windows compliant drivers this fall. For the tech averse, yes, this means you can use the Tablet Shield Controller to play games on your PC. 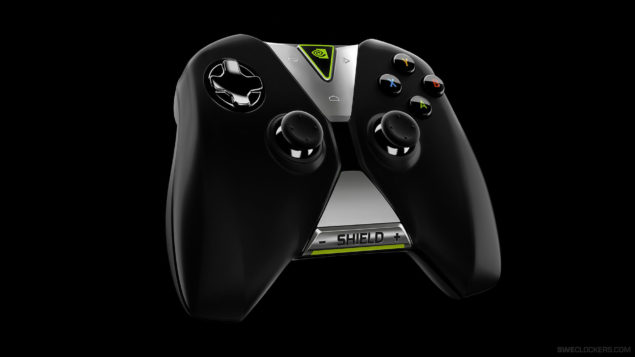 To be honest, I am not quite sure why you would use the shield controller to play games on your PC, since there are literally tons of controllers out there, but it certainly unlocks a nice functionality for existing Shield users. The PlayStation Vita has found its 'niche' as a streaming device for the PlayStation 4 and it appears that the Shield Tablet is angling for a somewhat similar place in your lounge.

The ability of Steam and Nvidia Control Panel to stream in-house, or via your local WiFi/LAN network, is proving to be a game changer for the usual living room scenario. While cloud based gaming is still unfeasible due to high latency and transmission quality, there is nothing stopping you from playing a game with negligible latency over your local network. This is where the shield tablet comes in. You can have a ultra  high end PC doing the grunt work and broadcasting the game to your tablet; basically a division of the back and front end. Connect the Shield Tablet to a Television and get the Shield Controller and you have yourself the slimmest pseudo-console with the capability to output games in 4k (from your PC).

It goes without saying that this feature only works on rigs with green inside them. Disregarding WiFi Direct, this new compatibility with Windows PC would allow you to connect the controller to your PC via USB. Though, as I mentioned before, I fail to see the point of the entire exercise.