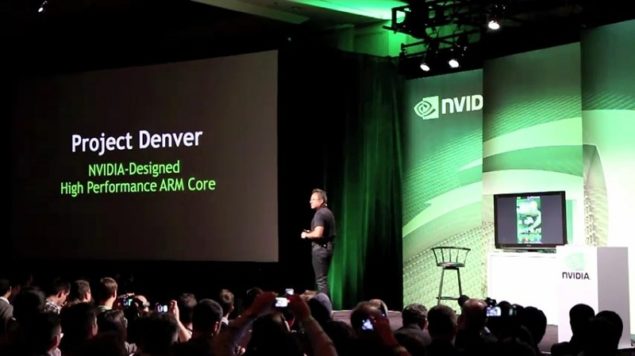 Project Denver to be Unveiled at CES?

This is big news as first reports came about Intel's aquicistion of NVIDIA whereas now NVIDIA itself is hopping on-board the CPU bandwagon and given the time NVIDIA has been in the industry, this would be a bold step by the company.

Over the past few months, XbitLabs has been covering some very interesting bits of NVIDIA's Project Denver SOC designed for general purpose use. Project Denver r is basically an custom built ARMv8 64-Bit Processor which would be highly beneficial for computing purposes such as workstation and server usage.

The same SOC chip is to be used on NVIDIA's Maxwell generation of GPUs that arrive in 2014. At CES tomorrow could be the very first time NVIDIA could unveil this chip if fanless tech sources are correct, otherwise we would have to wait for a while to see what kind of technology does NVIDIA's CPU/SOC hybrid packs.