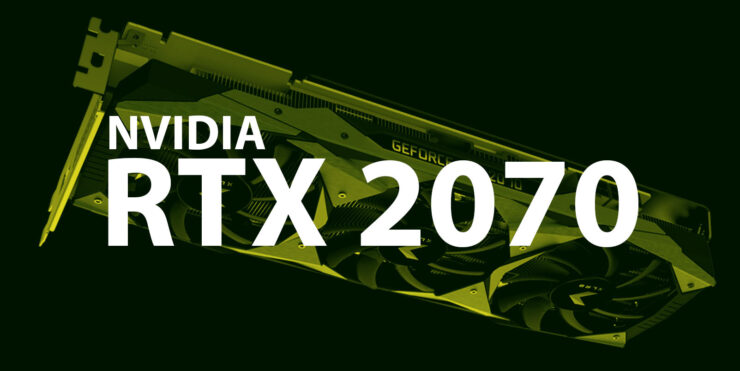 Some interesting news has come out of the Chinese rumor mill (ITHome this time) which states that NVIDIA will be resuming full production of the RTX 2070 GPU. We had heard reports a few months back that the product had been moved to EOL status with the advent of the SUPER series but NVIDIA seems to have changed its mind with full resumption of production planned. RTX 2070 is one of the more bang for buck RTX graphics cards out there and it makes sense that NVIDIA is looking to resume production - although this does have the underlying implication that the SUPER series will not be getting a price cut.

NVIDIA's GeForce RTX 2070 is back on the production line, AICs expected to jump on board

The NVIDIA RTX 2070 is one of the more popular graphics cards out there and is currently available on Amazon for the price of $479 and above. With AMD uncompetitive in the high-end GPU space and NVIDIA enjoying the fruits of a fully mature 12NFF (NFF = Nvidia FinFet, which is essentially an improved version of the 16nm FF process from TSMC), the 2070 remains one of its bread and butter cards. NVIDIA looks to have been trying the strategy of slashing prices to gain more market share from AMD but it seems like they have decided to go back to their tried and tested 'premium' brand positioning - at least where the $499 price point is concerned.

Since the RTX 2070 production is one that is the most bin-friendly, it makes sense for NVIDIA to start resumption of this GPU first. Had they not done so, the RTX 2070 SUPER would likely have needed a price cut to fit into the same position as the vanilla RTX 2070 did. According to the report, the general sentiment from Add-in-Cards (what NVIDIA calls Add-in Board partners) is that they will be willing to play ball and start re-stocking the RTX 2070. The good news for consumers here is that the RTX 2070 will likely be getting a price cut in the near future - increasing the spread between the RTX 2070 vanilla and SUPER variants and expanding the Total Available Market for the company.

There have been rumblings of NVIDIA's upcoming Ampere architecture as well, which are expected to land in 1H 2020 but there have been no concrete leaks about a solid product so far or performance numbers for that matter. With AMD not providing any competitive pressure, NVIDIA is free to take its time to move to the 7nm process and their new GPU. The only thing incentivising NVIDIA to innovate at this point is Jensen's desire to get back his record-breaking quarters (which is probably a formidable motivation I must admit).

What do you think of this new development?