The Nvidia Geforce GT 740 has been expected since Q2 2013 but apparently green meant Q2 2014 because we have just received the first pictures of the same, confirming its release. Our friends over at EXPReview.com have kindly sent us the following exposure of the not-eagerly-awaited GT 740. 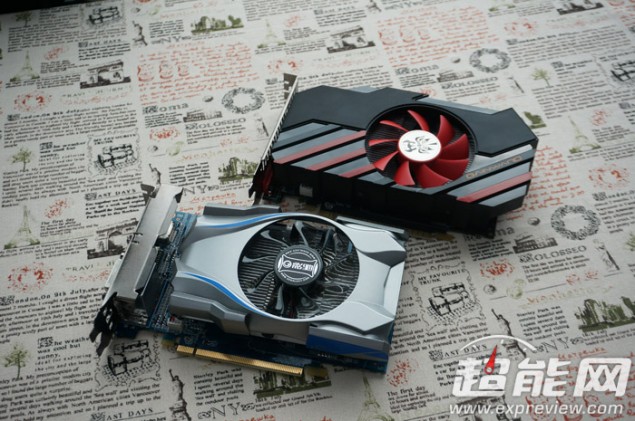 Now here's the thing, the GT 740 is almost certainly Kepler. Nearly all speculative databases and articles put it so , but there is a chance, a very teeny tiny chance, that its Maxwell. Understand that we know almost next to nothing about this particular card. Oh it is almost certainly based on 28nm since according to latest reports TSMC still needs to get its act together, but apart from that any and all information you find on the same is sheer speculation. The cards are the trademark short PCB style of entry level cards (750 and 750 Ti excepted) and one features a black PCB while the other is a standard blue. We should get more information about these by next week.

That said, the pictures are of the Galaxy GT 740 and the Gainward GT 740 Zhao Edition. One of them requires a 6 Pin External connector which you can clearly see in the pictures while the other one does not require so. That is an interesting case but in all probability the connector is only there to provide stability at higher clocks. It does mean that the Power of the chip is equal to or less than 75W since that is the max a PCI-E can provide. That doesn't necessarily prove that its Maxwell in any way ofcourse but does provide an interesting coincidence. Finally the one specification that is actually confirmed is the memory and the bus width, Which is 1 GB GDDR5 and 128 bit respectively. The Galaxy Geforce GT 740 will feature DVI-D, DVI-I, HDMI and Display Port interface while the Gainward counterpart will feature a DVI-D, VGA and HDMI ports.