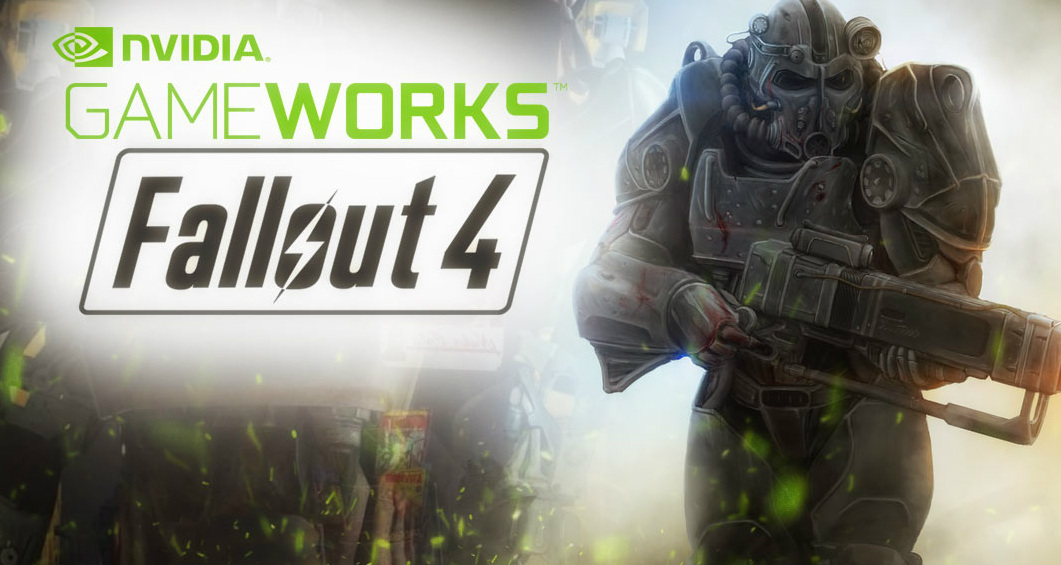 The mod is packed with next-gen NVIDIA Gameworks tech, and makes extensive use of  Volumetric lighting. The mod can be downloaded for free at Bethesda. Check out NVIDIA’s sickening ‘Vault 1080’ trailer below:

Think the end of the world can’t get any worse? Then NVIDIA’s high-quality Fallout 4 mod has some bad news – turns out that adding super-advanced lighting and shadows to a thermonuclear Wasteland just makes it scarier, moodier and more dangerous than ever.

Vault 1080 is an official NVIDIA mod, and as such packs a serious technological punch. Volumetric lighting features extensively – in ways not seen in the standard game – while shadows are more realistic and velvety than ever. This is thanks to HBAO+ and its control of ambient occlusion, which creates authentic depths anywhere a light source is blocked, no matter how small or fleeting.

“But this is not just about looks. Vault 1080 uses its terrifyingly realistic light and shadow as the core of its experience. It’s a dark and ominous journey before you even head below ground, as you travel to the ruins of a fog-shrouded church through hostile marshland. Once in you find the entrance to Vault 1080 and its dark, intimidating tunnels. Tunnels that are, inevitably, full of twisted dangers”, writes NVIDIA’s Steve Williams on the official NVIDIA blog.

This is a big mod – equal in size to the other vaults spread across the commonwealth – with its own brand new questline. And it’s a Fallout vault like you’ve never seen before.

It’s certainly taken its toll on its occupants. They’ve become a congregation that embraces the darkness and sickness, and they’ve done it – so they believe – to survive. They’re not the friendliest bunch. But is the whole thing built on lies? The truth is deep within Vault 1080, through a whole lot of fearful mystery. Find it and decide for yourself whether the monsters deserve their salvation… or not.

The HQ Fallout 4 mod can be obtained for free right now for PC.