Some pretty interesting information has surfaced in a drivers update at Laptopvideo2go (via Videocardz). Apparently the .inf file to the driver update that contains support for two Maxwell powered Quadro Professional GPUs has been posted, along with a new nomenclature. This means that the video industry will soon be able to utilize the power increase and efficiency offered by the Maxwell architecture and get to enjoy an unfortunate nomenclature. 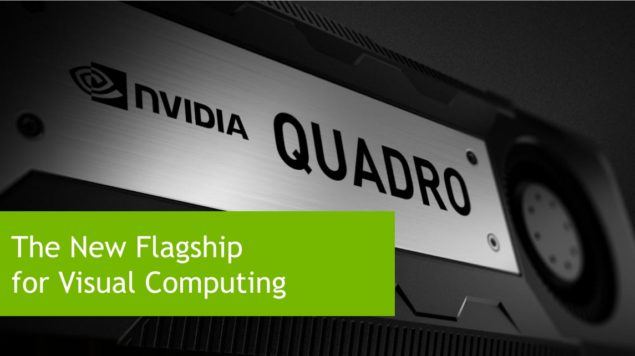 Now the biggest difference between Quadro and your mainstream Nvidia cards is the double precision floating point operation per cycle ratio. For Quadro variants this number is 1. Which means the card can process 1 double precision floating point operation per cycle per core (which is a 1/2 ratio). In sharp contrast a Fermi's double precision floating point performance (aka FP64) is 1/8th of FP32 ( Single Precision). A Kepler 780's FP64 performance is 1/16 of FP32 and finally a Maxwell 750's FP64 is 1/32 of FP32. I am sure you can see a trend here. Basically if you want that sweet 1 to 2 ratio, you are going to have to pay the premium and quite a big one at that. As you can imagine, a Maxwell core inside a professional GPU will make quite a performance jump. VC managed to locate the IDs of the GPUs and alot them to the correct nomenclature:

So we are looking at 2 Desktop and 1 Mobile (K2200M) Professional GPUs with Maxwell Architecture. Both feature the GM107, which is somewhat of a let down because that means we are looking at the first generation Maxwell Architecture as opposed to the second generation. It is also somewhat obvious I guess, because Nvidia would surely want to utilize the first generation architecture in the Professional market as well instead of just  skipping it and going against the Profit Motive. That would also make these Maxwell Quadros the 750/750Ti's of the professional world, with the actual Maxwell Quadro Flagship and the equivalent of the Quadro K6000 coming later.