Nvidia's architecture has gotten efficient and more efficient through the ages with the las big jump coming with Maxwell. We found a very interesting review over at Phoronix.com that basically tested the power efficiency of Nvidia cards staring from the NV43 '6600GT ' to the latest Maxwell GTX 750 Ti.

It is worth pointing out that the test was conducted using the Phoronix Test Suite on the Linux OS. Both Performance Per Watt and Temperature were measured. Not to mention the actual game performance. We begin with a complete list of graphic cards tested:

The following benchmarks are for the timeless Doom 3 video game. The settings are Full HD 1080p and High. Now since this full HD, the 6600GT doesnt fare well at all, as can be expected from such an old card. It would be of interest to you that Nvidia's performance has almost increased by 20 times since the 6600GT. 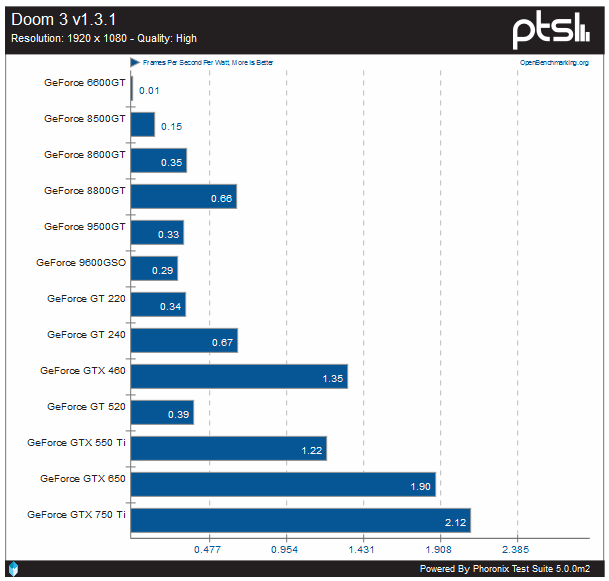 As you can probably see, the GTX 750 TI has quite a nice performance per watt. The highest obviously. Now the thing here is , that this particular performance per watt uses Frames Per Second as its unit for performance which also brings in secondary bottlenecks such as drivers and as such. So since we are going so far back there is no such thing as Driver uniformity.

The second and third benchmarks are off Prey and Unigine Sanctuary Benchmark respectively. counterpart. 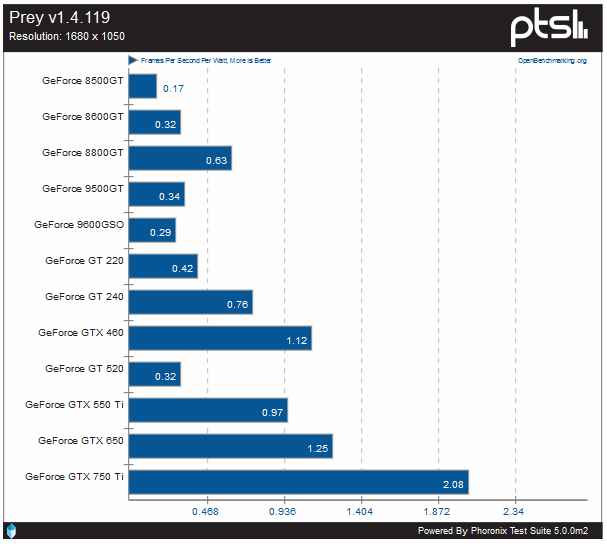 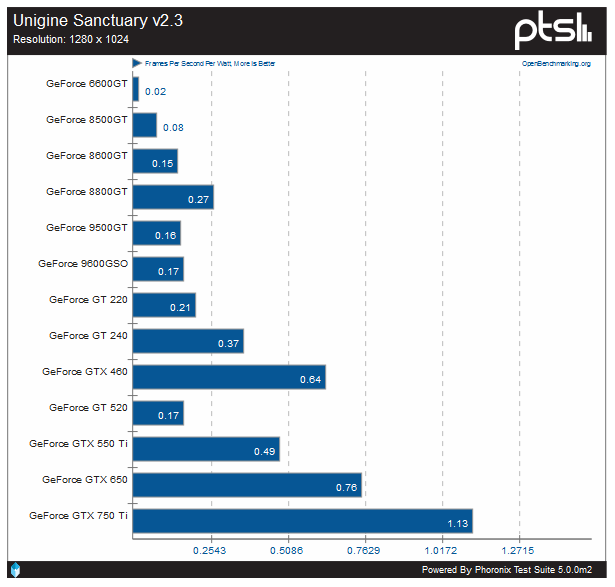 Well as you can probably see, Nvidia's perf per watt is a highly positive trend. And though the GTX 750 Ti performs marvelously, its perf per watt should be even better. The reason for that is simple. The GTX 750 Ti was used with a Power Connector, allowing it to sip more than what it would usually have available if connected only via the PCI-E.