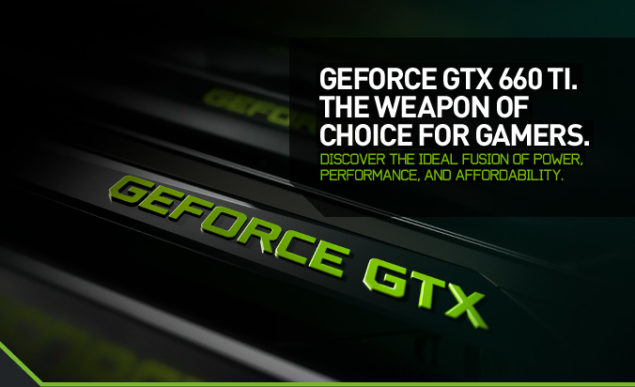 According to our sources, NVIDIA is planning to announce price cut on the recently launched GeForce GTX 660 Ti. The price cuts would be announced after the launch of GeForce GTX 650 and GTX 660 on September 13th.

The GeForce GTX 660 Ti which currently costs $299 would be first brought down to $279 mark and $315 for overclocked models respectively. By Q1 2013, we would see another price drop which would result in a new price of $239 on reference and $279 on factory overclocked models.

This would bring the price mark of reference models near the GTX 660 pricing which would cost $229 on launch. Its however not known if NVIDIA plans price cuts on the high end GTX 680 and GTX 670 parts since the new 700 series would be nearing launch around Q2 2012 as detailed in our article here.