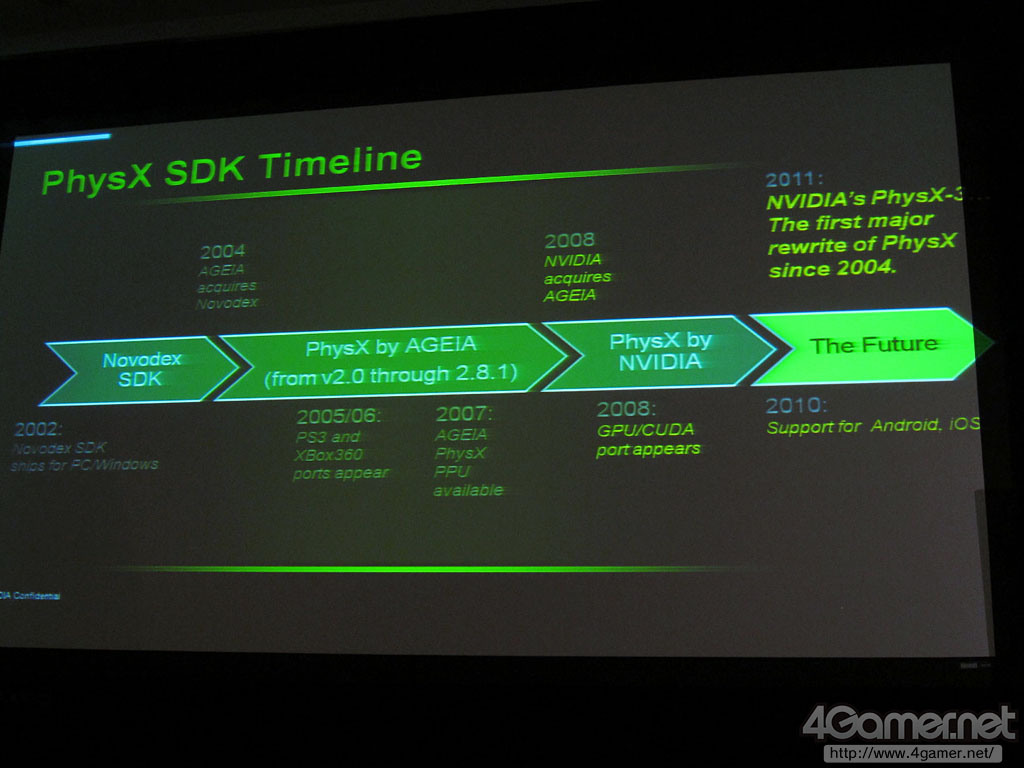 NVIDIA is all set to release its latest PhysX 3.0 (Physics Engine) as shown in a new leaked PhysX Roadmap. Nvidia PhysX 3.0 will offer Cross-Platform functionality which will allow support on not only Windows platform but also Android, iOS, OSX, Linux, Xbox 360 and PS3 would get the feature from one codebase.

Earlier PhysX 2 versions also offered support for other platforms but were part of separate code bases due to being ports of the Windows version of PhysX, However PhysX 3 will offer a new and true cross platform design allowing for better performance and compatibility with console and Android platform implementations.

The leaked roadmap shows that the PhysX 3.0 binary package and source licensing are available now and new features and optimizations will be released later on in minor revisions. Patches and Updates will be released to fix bugs when needed. Following is the release set of revisions: 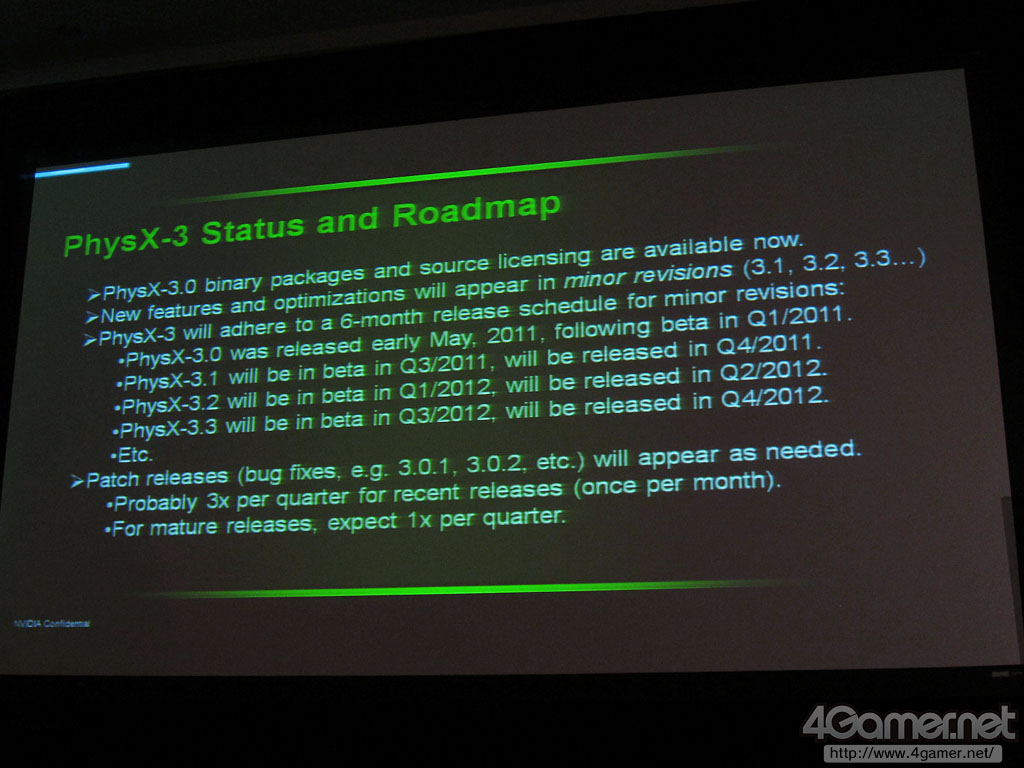 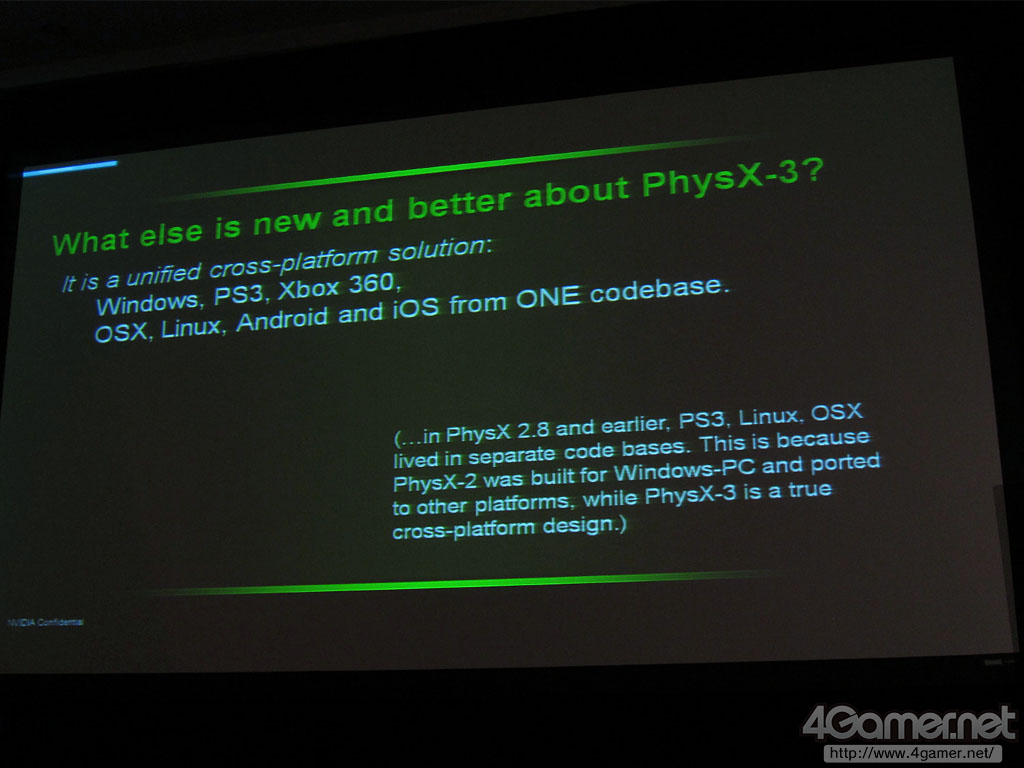 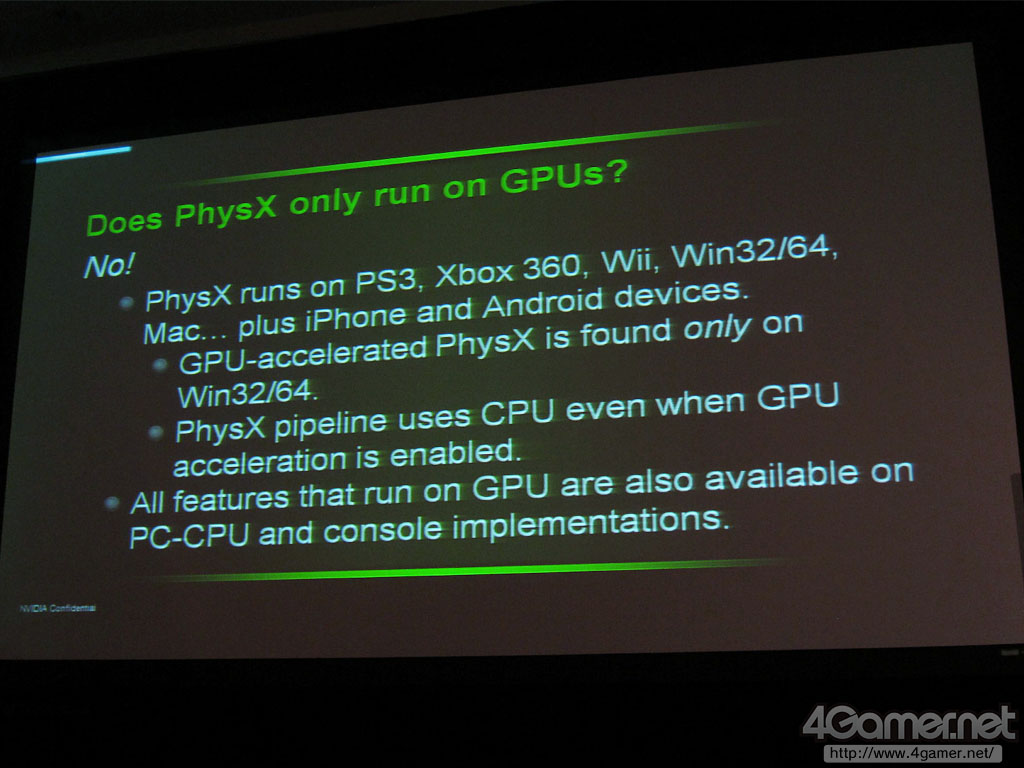