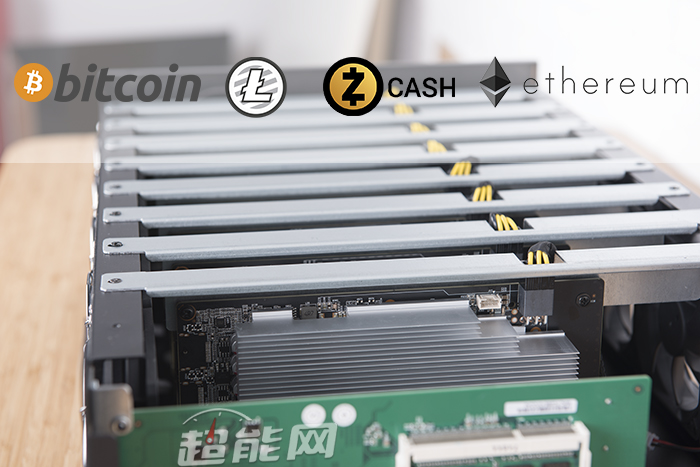 Earlier this week, it was reported that NVIDIA could be preparing Cryptocurrency specific GPUs that will be used for mining purposes. The NVIDIA Pascal architecture based graphics cards have been further detailed.

NVIDIA has prepared two GPUs that are specifically aimed at cryptocurrency mining. Both designs are based on existing Pascal GPU but are tuned towards mining so they deliver better efficiency at crypto mining compared to regular variants. The GPUs include a GP104-100 and a GP106-100 card that will be offered by NVIDIA's AIB partners.

The specifications of these models can be found below:

The NVIDIA P104-100 model utilizes the same design as the NVIDIA GeForce GTX 1080. It delivers much higher efficiency and is fine tuned for crypto mining purposes. While the cards will ship with different clock speeds, the base model is tuned to operate at 1607 MHz base, 1733 MHz boost, 10 Gbps GDDR5X speeds along a 256-bit bus. 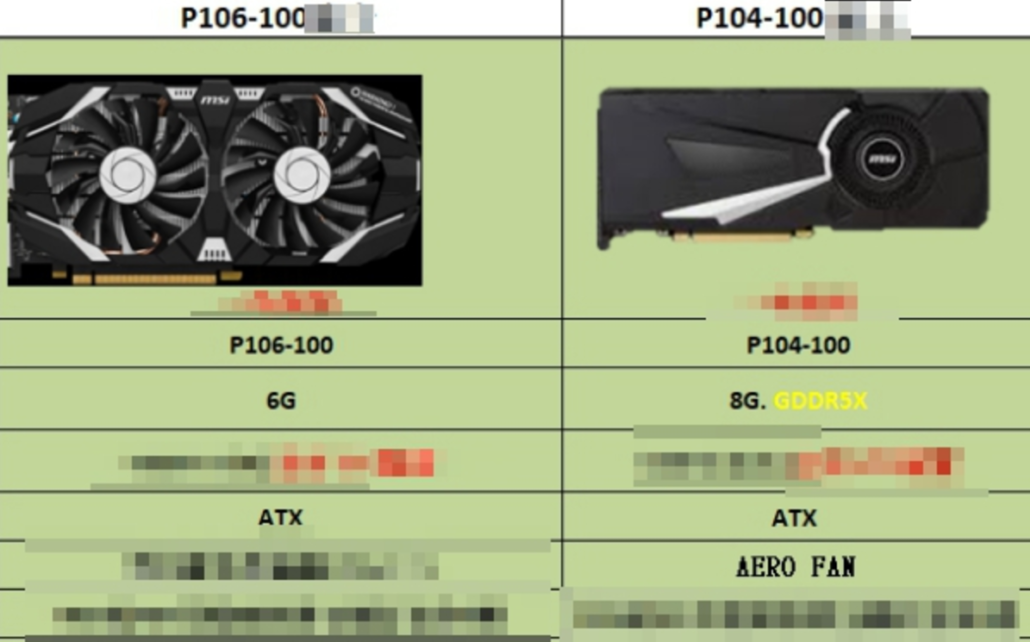 It is stated that NVIDIA P104-100 cards will be able to hit mining rates of up to 60 MH/s with some modified VBIOS and further chip tuning but that remains to be seen.

The NVIDIA P106-100 model utilizes the same design as the NVIDIA GeForce GTX 1060. It delivers much higher efficiency and is fine tuned for crypto mining purposes. While the cards will ship with different clock speeds, the base model is tuned to operate at 1506 MHz base, 1708 MHz boost, 8.0 Gbps GDDR5 speeds along a 192-bit bus. 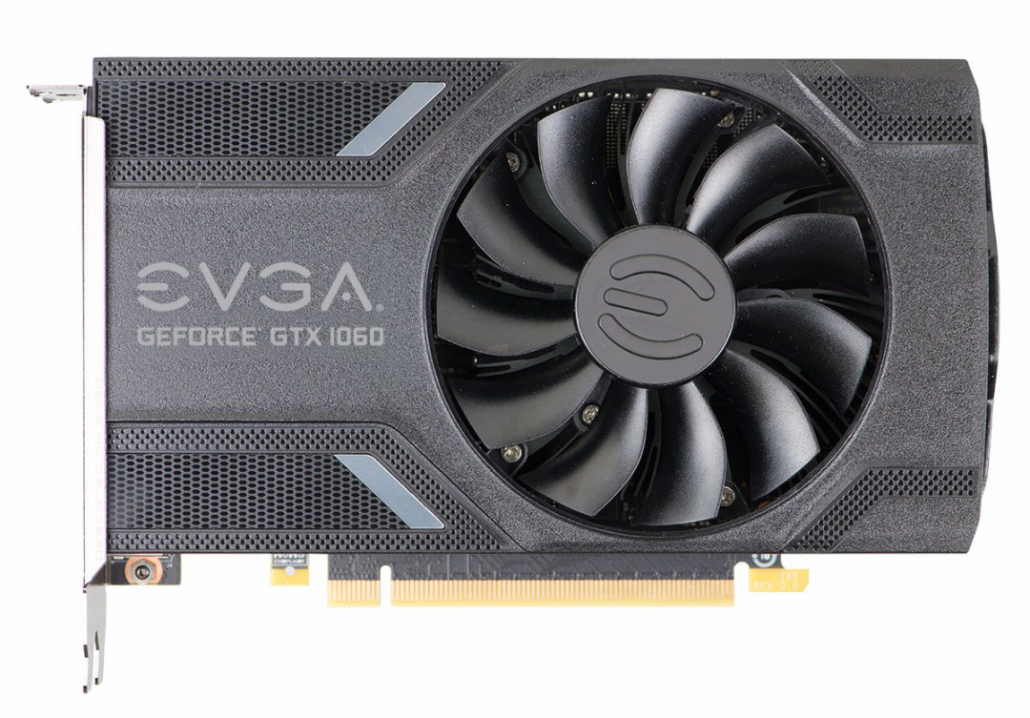 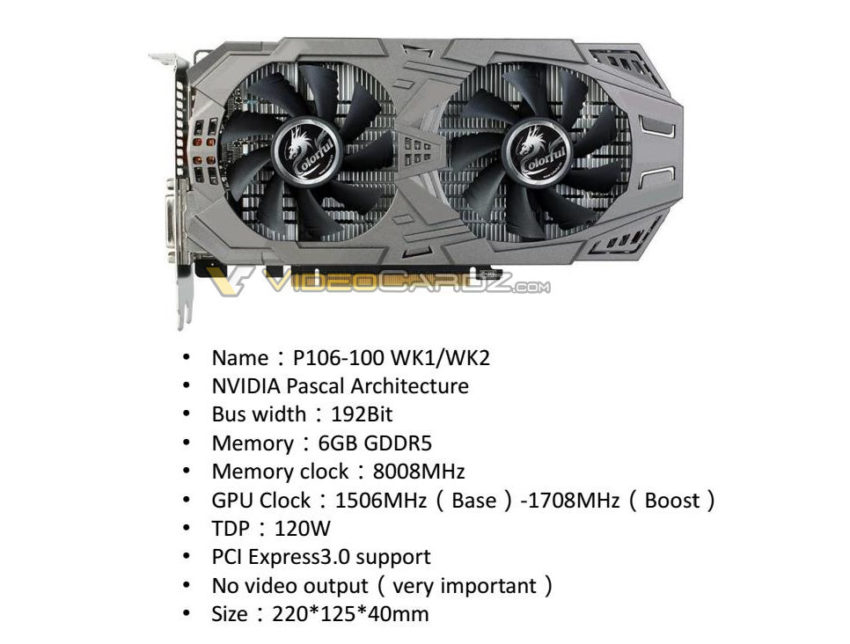 It looks like NVIDIA is really getting ready to take a bit of the cryptocurrency mining craze. We have also detailed a full mining rig which will be available later this month, featuring multiple Pascal GPU based cards. Furthermore, you can check out a very detailed article by LegitReviews who managed to get a great hashrate and much lower power on the GeForce GTX 1070 compared to other crypto tuned cards after small tweaks. The card delivered around 27 MH/s in stock configuration.

A simple tuning of the GeForce GTX 1070 by overclocking the memory boosted the hash rate to 32.1 MH/s which is very impressive.

In, stock form the NVIDIA GeForce GTX 1070 Founders Edition had a hashing power of 27 MH/s. When you plug that into a profit calculator you are looking at a profit of around $185 a month or $2,255 a year. By overclocking the memory and lowering the power target we were able to improve the hashrate, lower power consumption, reduce the GPU temperature and have the fans running at a lower speed for a much quieter system. This improved hashrate means that we have the potential to make around $218 a month or $2,666 per year. That is an extra $411 a year and it means you’ll have your card paid off in about 51 days instead of 60 days! Buy two of these cards and place it in this system and you are looking at making over $5,000 a year in extra income! via LegitReviews 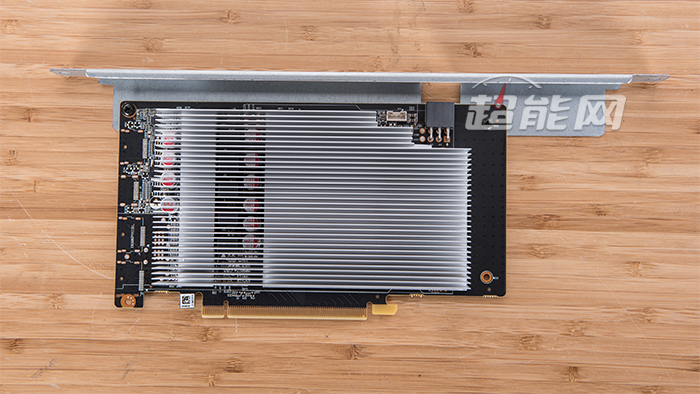 The NVIDIA based P106-100 graphics card for mining features a custom PCB with passive cooling and modified BIOS for faster mining rates. Via Expreview

We should expect even more details being shared by NVIDIA and their partners in the weeks ahead.