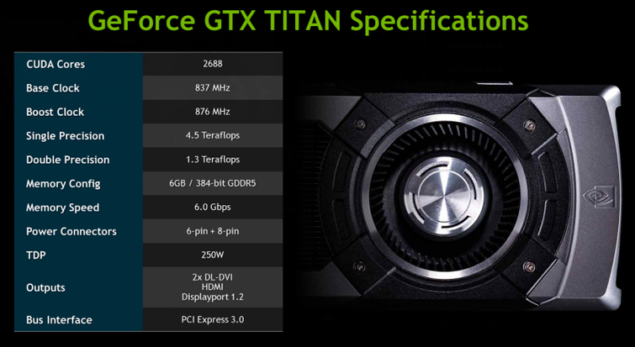 NVIDIA today finally unleashes after a long wait their GeForce GTX Titan which is based on the highly efficient and powerful GeForce Kepler architecture. The GeForce GTX Titan with its GK110 core delivers amazing GPU performance and a massive 6 GB memory for users to run higher resolution 3D Stereoscopic and 3D Vision setups. Without a doubt, NVIDIA has reclaimed the title of the fastest GPU on the planet with the GeForce GTX Titan. 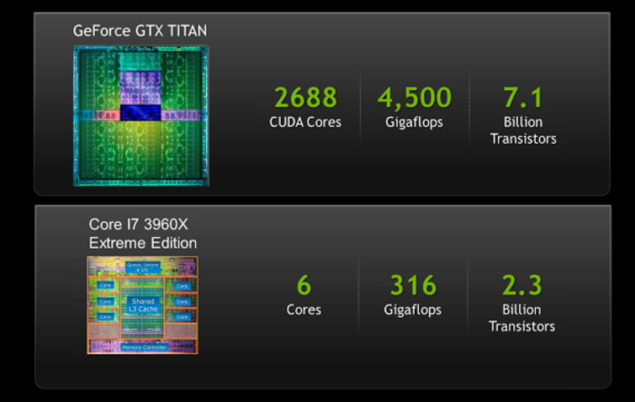 Technically, the GK110 core which is equipped in the GeForce GTX Titan has 14 SMX units enabled which gives the GPU a total of 2688 Cuda cores. Clock frequencies are maintained at 837 MHz stock and 876 MHz boost with the new technology further pumping more clock speeds based on the available TDP.  The memory is a pure delight for high-resolution gamers with a 6 GB GDDR5 memory which runs across a 384-bit interface and clocked at a high 6 GHz effective clock speed equipped on the Titan's board. Memory chips are scattered across the board, 12 chips are located at the front of the PCB and further 12 are located at the back. 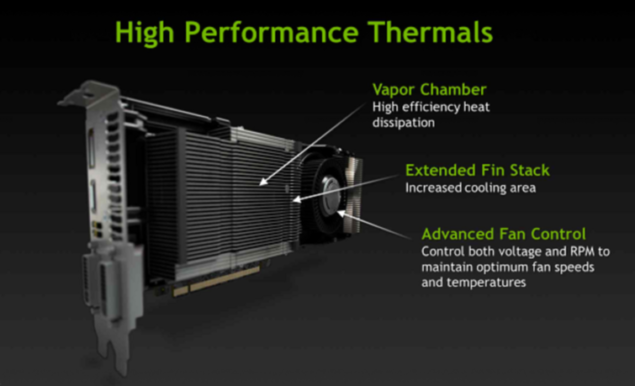 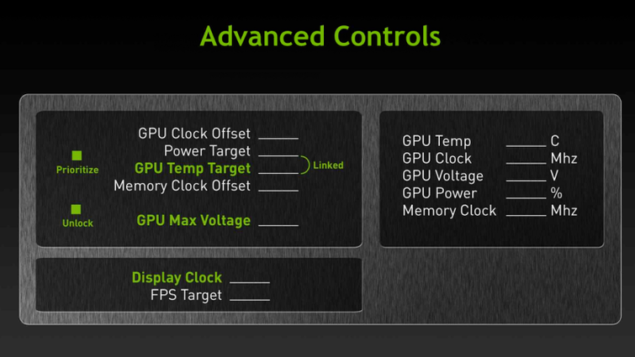 The PCB is made up of a 6 + 2 phase VRM that powers the core (6 Phase) and memory (2 Phase). Power is fed through 8 + 6 Pin connectors with the card having a TDP of 250 Watts. Do note that the GeForce GTX Titan comes with an additional slot for an 8 Pin connector which hints at two possible outcomes. Either the card would be available as custom versions from AIB partners or NVIDIA plans another much powerful card based on the same design scheme of the GeForce Titan GPU.

The cooling design NVIDIA used for the GeForce GTX Titan is of very high quality and is the same scheme from the GeForce GTX 690 passed over to the Titan. The outer shroud is made of magnesium alloy metal within which lies two separate heatsink blocks. One is a vapor chamber block which sits on top of the GK110 core and consists of many aluminum fins running parallel to each other while a smaller heatsink block is located at the far end of the PCB beneath which lies electrical components to cool off. Air is provided by a single 90 mm PWM controlled fan.

New Features such as GPU Boost 2.0 lets users manually overvolt and overclock their GPU without any restrictions hence achieving better clock speeds through Boost tech while users would be delighted with the new 80 Hz Vsync technology that allows better framrates in the latest gaming titles.

GeForce GTX Titan offers Quad-Way SLI support and display outputs include Dual Link DVI, HDMI and a Display port. The card is currently paper launched meaning you will only get to see reviews for now but expect retail availability at around $899 shortly next week. As for performance, the GeForce GTX Titan is an absolute performance crunching beast and you can take a look at the performance slides below: 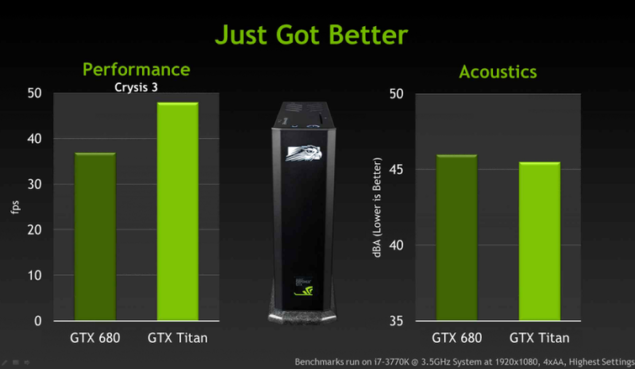 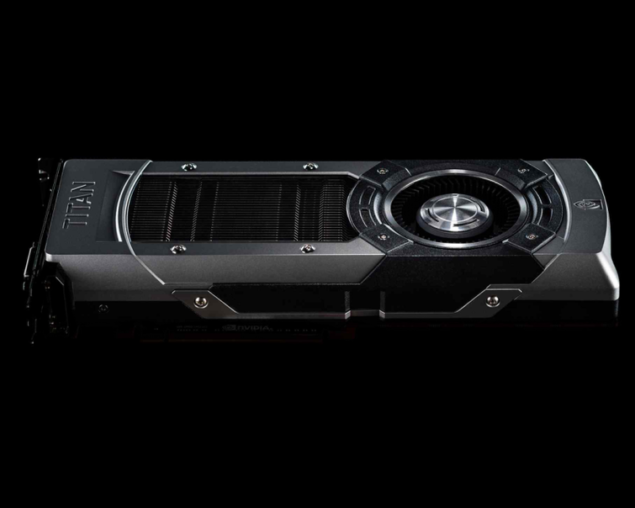 EgyptHardware posted another benchmark slide of the GeForce GTX Titan with comparisons against the GeForce GTX 680 and Radeon HD 7970 GHz edition, you can view it below: