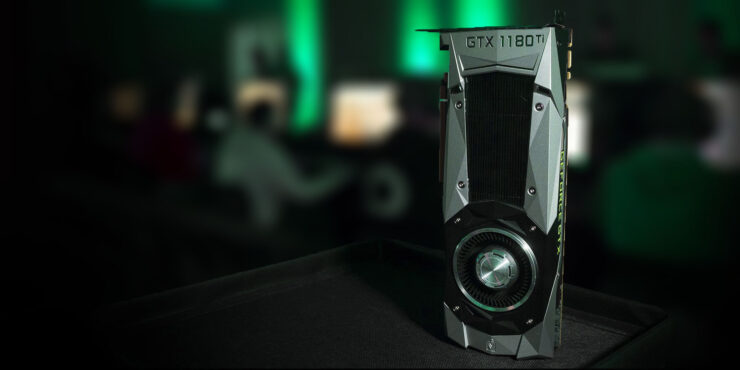 I saw a very interesting report published over at DigiTimes which cited an interview of Power Logic (a top tier cooling fan manufacturer that produces fans for the likes of EVGA) chairman Hsu Wen-Fang who stated that his company expects cooling fans sales to go through the roof starting Q3'18 because of next-generation GPUs launching around that time frame.

Power Logic is a known manufacturer of cooling fans of all types and sizes and even though no AIBs were named in the interview, we know that at least one major US AIB is their customer (you can see the chairman holding up an EVGA GPU in the file photo from DigiTimes below). This means that they would be privy to supply chain timelines and the certainty with which he expects Power Logic's sales to go up translates to a buy order from one or all of these AIBs during that time frame. 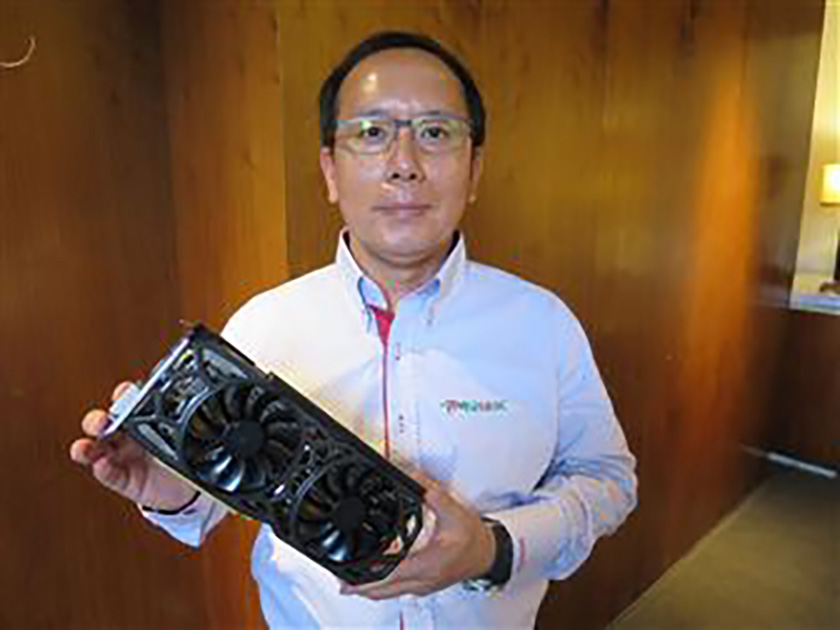 NVIDIA has silently been preparing the launch of their brand new lineup for quite some time now and this is the second somewhat concrete source that we have heard tell about the expected time frame, the first being the Hot Chips presentation. Since Hot Chips presentations usually happen after the launch, the tentative timeline for launch now appears to be somewhere before that date. Before we go any further, here is the relevant extract from the interview:

Power Logic's major revenues are still generated by cooling fans for gaming PCs, which contribute up to 85% of the company's annual revenues, with globally leading PC brand vendors all on its customer list, according to Hsu.

Keep in mind, however, that NVIDIA usually favors launch dates at the beginning/end of a quarter (so they can get the full financial impact in the next quarter) and that could translate to a launch happening sometime in July - which would also fit nicely with the Hot Chips presentation in August. Unless the company decides to screw convention and simply release architectural details at Hot Chips without actually launching the next-gen GPU lineup yet.

The fact that Power Logic will start shipping coolers en masse in Q3'18 unfortunately does not help us pinpoint the exact month of launch, Considering we do not know how integrated the supply chains are with their American counterparts and depending on what kind of inventory mechanism they use (for eg, whether coolers are shipped months in advance or just-in-time). However, it does mean that NVIDIA will be launching its brand new series of graphics cards in a few months' time.

We still do not know for sure whether they will be calling it Turing/Ampere (or something else) but the company's recent tweets related to the Turing institute do point towards the former. As far as nomenclature goes - that is anybody's guess. The brand new GTX 1180/2080 graphics card (or whatever NV decides to call it) should offer a double-digit performance increment over the flagship of the last generation, the GTX 1080 Ti. Unfortunately, we have also heard rumors about the company experimenting with higher MSRP and price points to preserve the financial high they saw during the cryptocurrency boom but these remain mostly unsubstantiated at this point.