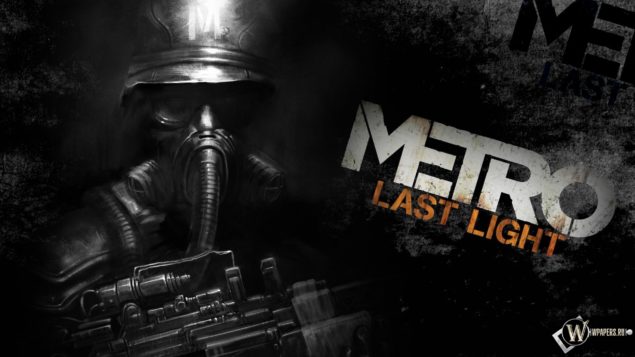 NVIDIA is said to offer Metro: Last Light Bundle promotion with their current GeForce 600 series GPUs. Currently, NVIDIA offers their "Free2Play" Bundle promotion which offers $150 of value to GeForce 600 users but rival AMD has upped their own "Never Settle" promotion over the last few months by adding some of the most anticipated titles such as Bioshock: Infinite, Crysis 3, Tomb Raider and the recently added Far Cry 3: Blood Dragon promotion leaving NVIDIA quiet behind in the game bundle wars.

Well, NVIDIA seems to have given the answer by announcing that from April 16th (Tuesday; Next Week), they would be bundling A4 games upcoming Metro: Last light titles which is the sequel to the highly acclaimed Metro: 2033 that pushed PC graphics to new boundaries. The same is expected this year with Metro: Last Light that would once again pit us as Artyom who would explorer the subway networks of a post apocalyptic Moscow.

Game bundle wars between NVIDIA and AMD have been a one-sided contest in favor of the latter, with AMD bundling the hottest AAA titles with its Radeon hardware, compared to NVIDIA offering in-game currency on popular free-to-play games. Following news of AMD stepping up its "Never Settle Reloaded" with Far Cry 3: Blood Dragon on all GPUs upwards of Radeon HD 7750, we've learned that NVIDIA is frantically responding by preparing to give away Metro: Last Light with all GeForce GPUs upwards of the $200 GTX 660. The bundle will go live from April 16th.TechpowerUp

The game brings another $50 value to NVIDIA GeForce 600 series GPUs along with the added $150 of the Free 2 Play bundle. This is just on mark with what AMD offers. Still NVIDIA needs to pick up its pace and offer more value promos with the GeForce series cards since AMD is reportedly bundling Watch Dogs, Battlefield 4 along with an unannounced PC title in their upcoming summer "Never Settle" propitiation and possibly with their upcoming Radeon HD 7990 GPU.