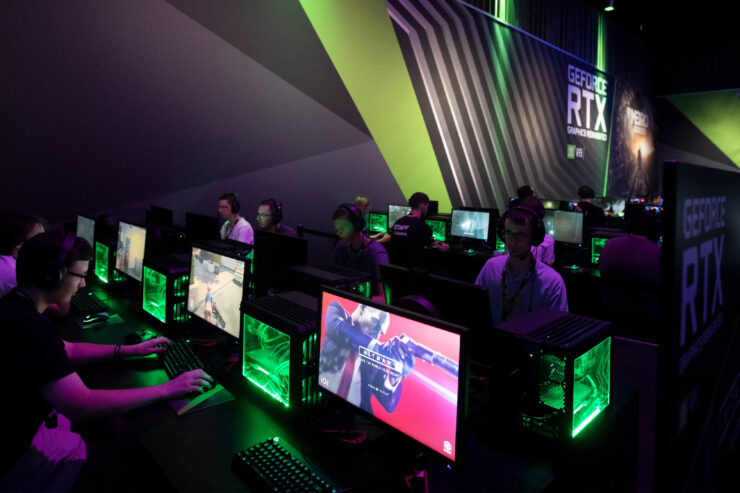 In addition to their G-SYNC Esports gaming monitors, NVIDIA is further expanding its existing line of BFGD and Mini-LEDs based on the G-SYNC Compatible and G-SYNC Ultimate HDR technologies. The new monitors allow more options for gamers and bigger format gaming display consumers to select from which retain higher refresh rate and stunning visual details all-around.

While G-SYNC Esports is an entirely new category of gaming monitors, the existing lineups aren't left out by NVIDIA and are being expanded by various new products from LG, ASUS, and ACER. In light of today's announcements, NVIDIA has unveiled that each monitor will be based on G-SYNC specifications, offering the best-in-class performance and display quality.

LG Unveils Their OLED G-SYNC Compatible Family of BFGD Monitors, Up To 88" of HDR Goodness

This year, NVIDIA has a display for all. We already covered the Esports and high-end gaming side but if you're a layback gamers who enjoy playing games in the living room on a big TV rather than a desktop, then LG has got you covered as they are bringing in a range of G-SYNC compatible OLED TV's this year with sizes ranging from 48" and up to an enormous 88". There would be 12 variants that will be introduced by LG this year which expands the NVIDIA BFGD (Big Format Gaming Display) line to 22 products.

LG was the first TV manufacturer to offer NVIDIA G-SYNC compatible TVs, and at CES they will announce 12 new G-SYNC Compatible OLED 2020 models, ranging in size from 48 inches to 88 inches. G-SYNC compatibility provides users with a flawless gaming experience without screen tearing or other distracting visual artifacts 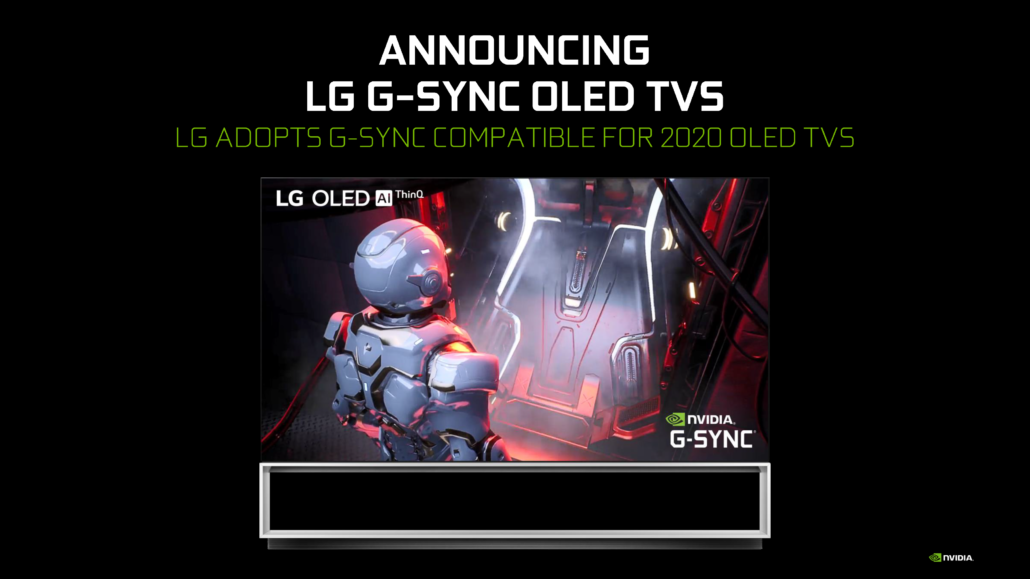 The BFGD displays from LG are said to feature true black tones, stunning HDR highlights, very high responsiveness which would be equivalent to desktop-tier G-SYNC monitors. LG's OLED TV's would require Turing GPUs (HDMI) for proper functionality. Pricing and exact launch dates have not been revealed as of yet.

NVIDIA isn't just focusing on Esports gaming but also targetting high-end gaming audiences with their latest G-SYNC update. As such, their G-SYNC Ultimate HDR lineup is getting two new displays, featuring 1152 Zone local-dimming backlight. NVIDIA says that they already offered mini-LEDs that featured 576 full array local-dimming backlights which have seen a really good response and traction within the market segment but they want to push the boundaries of their G-SYNC technology with the latest additions.

Gamers will enjoy crystal clear images due to the panels; very fast response time and ultra-low input lag while gaming at up to 144Hz at 4K resolution. 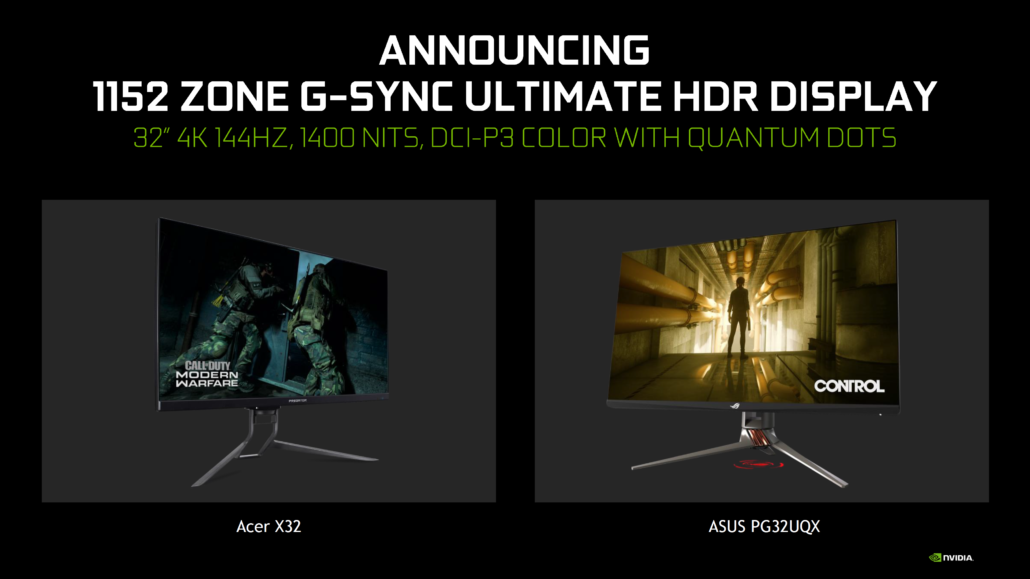 The two G-SYNC Ultimate HDR monitors being announced today are the ACER X32 and ASUS ROG PG32UQX. Both of these monitors feature a 32" panel with 4K resolution, 144 Hz refresh rate, a full 1400 NITS brightness and DCI-P3 color coverage with Quantum dots technology. Both panels also feature DisplayHDR 1400. NVIDIA has also stated that enhancements have been made on each monitor to increase the DCI-P3 color gamut coverage, offering richer HDR tones in gaming.

ACER's Predator X32 is equipped with three HDMI 2.1 ports, a DisplayPort 1.4 and four USB 3.0 ports. The ASUS ROG Swift PG32UQX, on the other hand, is equipped with a single DisplayPort 1.4 and three HDMI 2.0 ports. Both models are expected to launch later this year and the pricing is yet to be confirmed but do be prepared to pay a large and hefty premium if you are going after one of these monitors.