Well, the 780 Ti was officially released just over an hour ago and the Official Benchmarks are already up. So those of you who didn't trust the leaks here are the verified official benches of the GTX 780 Ti direct from Mr Green himself.

The following games will work on a 30fps standard on max settings on 1600p: 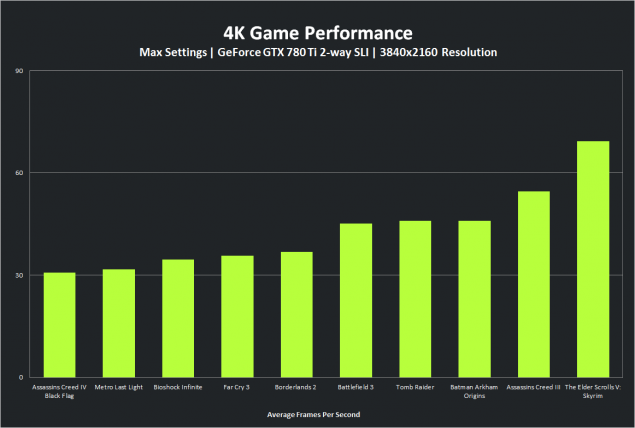 This is the 4k benchmarks and only show one game that made the 60fps standard namely Skyrim. Rest are all at the 30fps standard. It is also interesting to note that these official benchmark were conducted via a 2-Way SLI and keeping that in mind seem slightly low. Unless we are mistaken the memory bandwidth and the amount of vram the 780 TI has is crippling 4k performance.

Thats all folks.  Here is a GTX 780 Ti Picture Gallery  that Nvidia released as well: