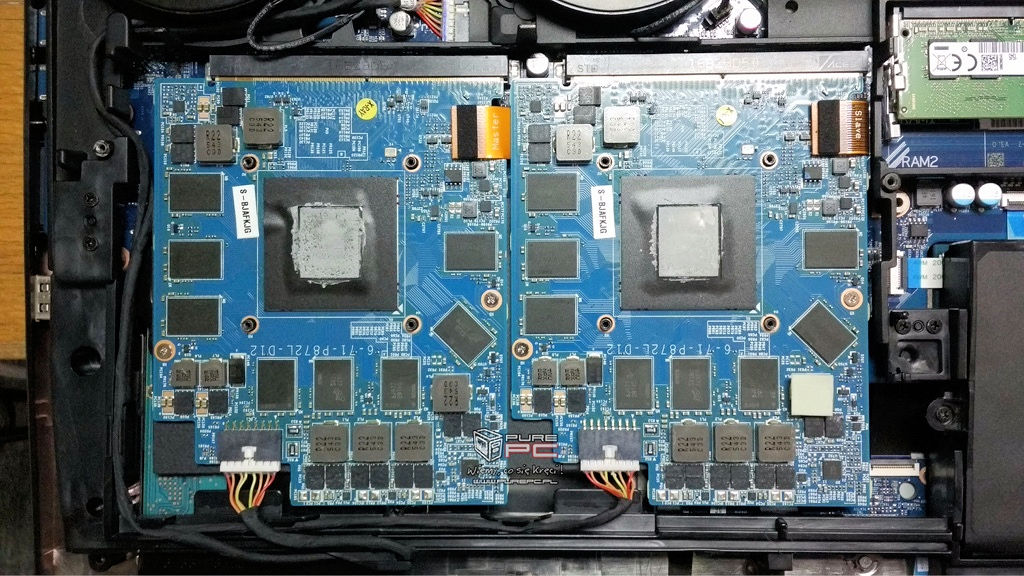 The actual name of the product is "GeForce GTX 1080". I am adding the mobility to the name to differentiate between the mobile and desktop platforms as the product exists on both. While specifications are same, their are some minor differences in the clock speeds which should be a bit slow to compensate the power input of the GPU itself.

As for specifications, the chip is based on the GP104 die which houses 2560 CUDA cores, 160 TMUs and 64 ROPs. The chip is the first mobility solution to utilize GDDR5X memory or G5X in short. This memory is clocked at 10 GHz to deliver a bandwidth of 320 GB/s. The memory runs along a 256-bit bus interface.

The chip is equipped on a highly customized board which doesn't fall in the standard MXM form factor. NVIDIA and their OEM partners designed similar boards to house the GTX 980 (Mobility) variant (not the GTX 980M) which also utilized the full GTX 980 desktop specifications. 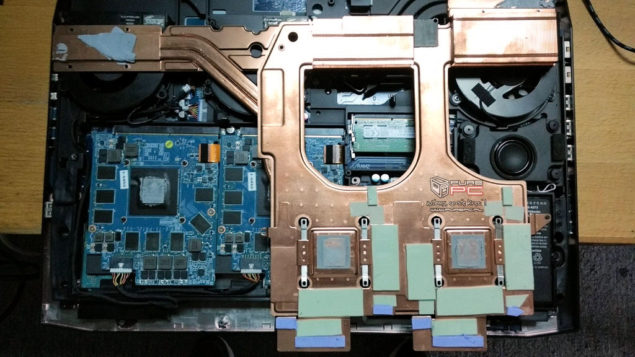 Some official numbers from MSI's marketing material reveal that a single GTX 1080 (mobility) solution is more than 20% faster than the Titan X (Maxwell). MSI tested these numbers on their upcoming MSI Titan gaming lap top which should be available soon. The Titan laptop should be available in SLI configuration too which yields a 80% higher performance score in the same 3DMark Firestrike Ultra (4K) benchmark. It is amazing that GM200 GPU which dominated the enthusiast section in the previous generation has been outpaced by a single flagship mobile GPU. Being based on Pascal also assures that efficiency remains top notch on these solutions.

The GTX 1080 blasts past the desktop Titan X (Maxwell) in single and SLI config.

In Furmark stress test, the GTX 1080 (mobility) solution reached up to 1594 MHz while 1556  MHz seemed to be the standard boost rate. The chip reached 85C which is a bit on the high side but given that these notebook are designed to operate under such temps due to SLI (multi-GPU) conditions, the stability for the GPUwill be alright. The clock rate for the memory was maintained throughout.

Manufacturer's like EVGA and ASUS do make some pretty beefy laptop solutions with ASUS even going as far to offer water cooling inside mobile platforms. We can see such solution allowing overclocking to some extend on these high-performance designs. Expect to hear more on the GeForce 10 mobility series in a couple of days.