The first benchmarks of the GeForce GTX 1060 graphics card have been leaked ahead of its announcement on 7th July. The GeForce GTX 1060 is NVIDIA's latest graphics card to be featured inside the Pascal family which is based on the 16nm FinFET process from TSMC. The new process offers increase performance while consuming lower power compared to 28nm process.

The NVIDIA GeForce GTX 1060 3DMark Performance results have been leaked.

The GeForce GTX 1060 leaks have started showing up indicating that almost all reviewers have the card in their hands. It is possible that NVIDIA would allow reviewers to publish reviews earlier and push the cards for launch in retail market later on 13th July. The benchmarks were posted along with shots of the GPU-Z which provide a look at the specifications of the card. Do note that since there's no support for either the GTX 1060 or the GPU, the ROPs and TMUs count may not be true.

The GeForce GTX 1060 is based on the GP106 GPU which should feature 1280 CUDA cores and 80 TMUs. The card comes at clock speeds of 1506 MHz but boosts all the way up to 1708 MHz. NVIDIA has a massive lead in terms of core frequencies with TSMC’s 16nm FF process node and that shows as their chips are built to clock beyond 2 GHz when overclocked. The pixel fill rate for this chip is 72.3 GPixel/s while the texture fill rate is 159.6 GTexel/s.

The graphics card features 6 GB of GDDR5 memory which runs at 8 GHz. This means that we will be getting 192.00 GB/s bandwidth on this card since it comes with a 192-bit bus interface. We have been hearing rumors about a 3 GB variant but has so far seen no evidence of such a variant to exist. It is possible that the 3 GB model could be a different graphics card or a variant of the 1060 that launches later.

The GeForce 1060 will also be using the reference Pascal display configuration of three Display Port 1.4, single HDMI 2.0b and also a single DVI port. Since this is Pascal we are talking about, the NVIDIA GeForce GTX 1060 would feature just 120W TDP and power would be provided through a single 6-Pin connector. The GTX 1060 does not feature SLI functionality which means there won't be multi-GPU support on GP106 based GPUs. 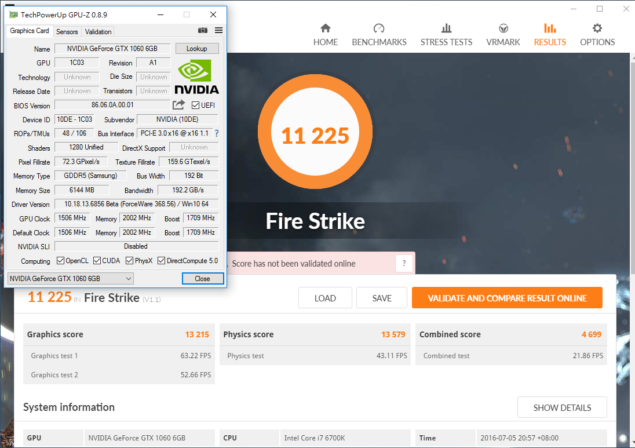 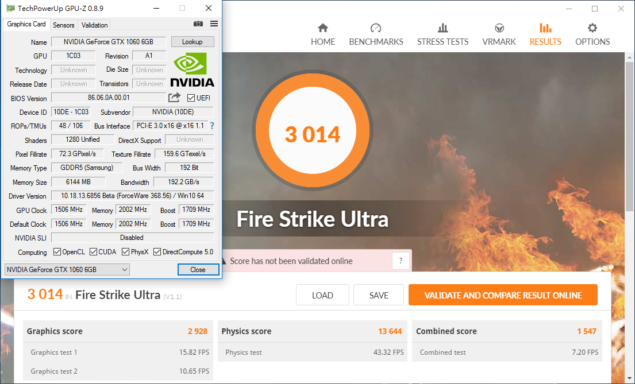 Given the performance and specifications of the GTX 1060, it could turn out to be a really good mainstream offering like the Radeon RX 480 offering users more choice to select from in the budget section. The pricing NVIDIA would want to set is a secret for now but it has been hinted to be around $250 US.