[Editorial] Remember that piece we did on Nvidia's Research Paper? the one that claimed that the GM200 flagship core would be launching in this year? Well turns out there was something to it after all. I was doing my habitual cursory inspection of the shipping data at Zauba.com and I spotted the entry we have been waiting for. The Customer Sample of the GM200 core. The Customer Sample means that most of the internal testing of the GM200 is now complete and they are now refining the end product. 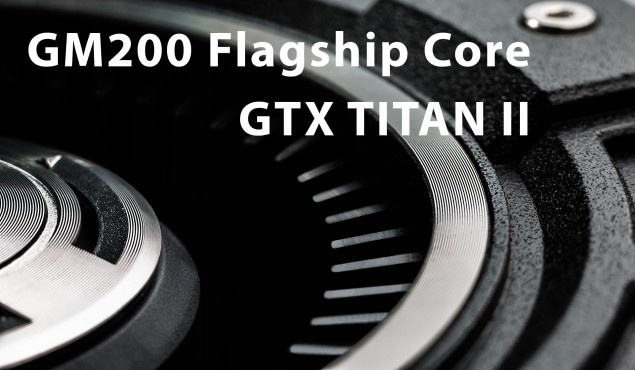 Now I am not sure whether I have told you guys this before but Nvidia is hosting a very big reveal event on 10 - 12 September next month and this is where the second generation Maxwell will make its debut. Nvidia will be hosting a reveal event and we will probably see the GTX 900 Mobility series unveiled too. However, we just might even see the next iteration of the Titan series at the reveal too, considering the fact that shipping data shows the GPU is now completely ready. Do keep in mind that I do not know what the card will be called, but Titan II seems like a good name as any. Here is the shipping entry from Zauba.com  that confirms that the GM200 aka the Titan II GPU are now exiting the internal testing state:

Before the first 'CS' entry which appeared on 12th August 2014, there had only been entries using the nomenclature 'INT' which means the core is meant for Internal Testing. Because green follows the same pattern we knew that once the INT chips were spotted the CS chips wouldn't be that far behind and it looks like our waiting has paid off because the chips with the name GM200-CS0-A1 and GM200-CS1-A1 have been spotted, indicating that the GPU is now more or less ready. This core will have double the performance per watt of the GK110 core (as can be seen from the research paper) and we should see an amazing leap in gaming performance from 204 to 200. So the jump from Titan to the Titan II is shaping out to be pretty cool.

The GTX Titan II (or whatever it is called) should give you a minimum of 50% performance increase in Gaming in real life settings, seeing we are looking at a 100% boost in on-paper performance. Considering the fact that the research paper by Nvidia also claimed that the Titan II would be out before the end of 2014 means that the time line for this GPU is now more or less confirmed. I believe we are looking at a 2 Month launch window considering the history of the GM204 core.  That would put the the launch of the GM200 GPU somewhere around November, unless Nvidia manages to pull one on us and launch alongside GM204.