Alright, I have to say this. The amount of money involved in these benchmarks is mind boggling. And thats not it, this is the inevitable Crossfire Vesuvius (R9 295X2) vs GTX Titan Z SLI benchmarking showdown and you can literally (not really) see the $$$ flying all over the place. It also makes me want to go cry in a corner. 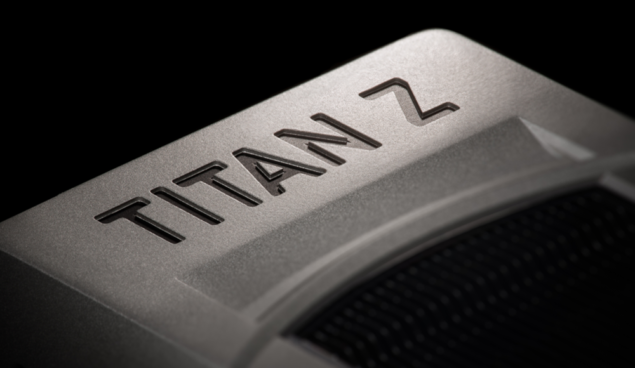 Its worth pointing out that regardless of Nvidia's marketing, unlocked double precision performance isn't meant for gamers, its meant for pros on a budget. Granted you don't get the Quadro drivers with this card but nowadays programs are getting more and more flexible compared to a few years back. However, because this is the only high end dual GPU card Nvidia currently has, comparisons with the Vesuvius R9 295X2 were bound to happen. Anyways, without further ado, the benchmarks, courtesy of DigitalStorm : 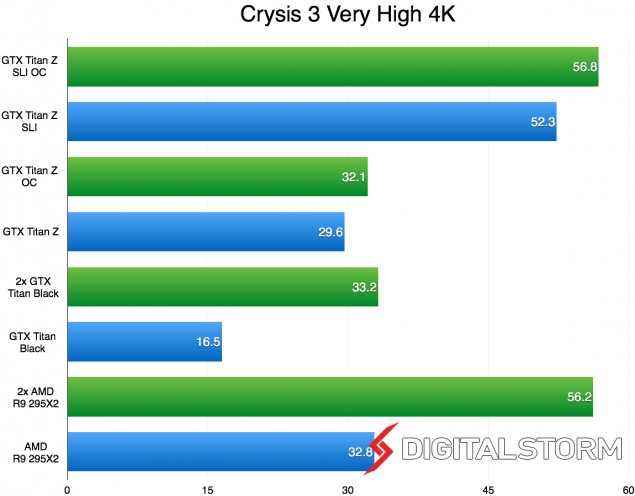 When you are dealing with 4 Way SLI or Crossfire, the most important thing is scaling. Driver support becomes of critical importance in instances such as this. Judging performance based solely on power alone is nigh impossible at this level. However we see the Crossfired R9 295X2 fare much much better than the GTX Titan Z SLI in most cases. Sadly, they don't mention whether Mantle was used or not during the testing of Battlefield 4 but I hope for Nvidia's sake they did, because the Titan Z is pretty much decimated in that benchmark. TitanZ returns the favor in the Bioshock 4K benchmarks where it proceeds to sweep the floor with AMD. One interesting thing I noticed is that Digital Storm was able to overclock it to a most impressive extent and in a few cases even make it beat the R9 295X2 Crossfire (example: Crysis 3  4K). Ofcourse oc'ed benches should always be taken with a pinch of salt, since many variables come into play including but not limited to: the actual sample quality (ASIC quality), ambient temperature and overclocking skill.