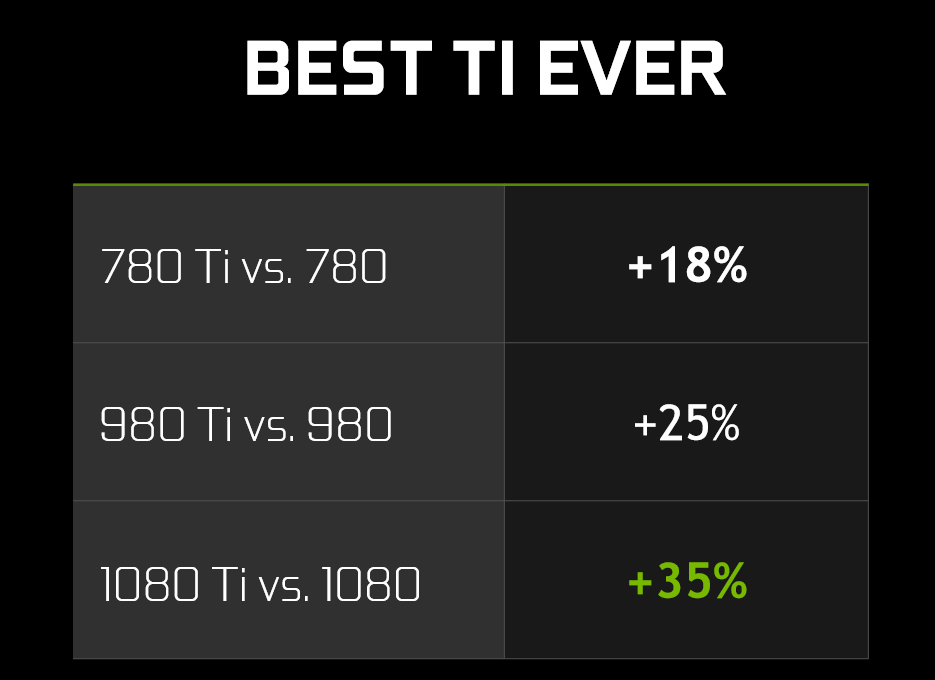 The NVIDIA GeForce GTX 1080 Ti offered the biggest performance jump over its non-Ti sibling of all Ti graphics cards released to date.

The GeForce GTX 1080 TI offered the biggest jump of all Ti graphics cards over their non-Ti siblings with a 35% average boost in performance. The GeForce GTX 1080 Ti has also consistently been able to perform close to the GeForce RTX 2080 which was is a truly remarkable feat for the once flagship king of the hill. Enthusiasts will definitely be excited for a graphics card that can deliver the same performance jump as the 1080 Ti achieved.

The card is reportedly going to feature 10 GB of memory that is also going to be GDDR6X, running at 19 Gbps across a 320-bit bus interface with a bandwidth of 760 GB/s. Do note that there has been no indication of a faster spec'd GDDR6 at this point in time, unlike the previous generation where the GDDR6 memory was designed way ahead of the Turing graphics lineup launch.