The roadmap which is part of an internal presentation was leaked by unknown sources at Baidu Forums and was spotted by Twitter users @9550Pro & @harukaze5719. The roadmap shows that NVIDIA plans to release at least three new SKUs in its GeForce RTX 30 series lineup. These include the GeForce RTX 3080 20 GB, GeForce RTX 3070 SUPER/Ti, and the GeForce RTX 3060 which have also been rumored in various leaks over the past few weeks. 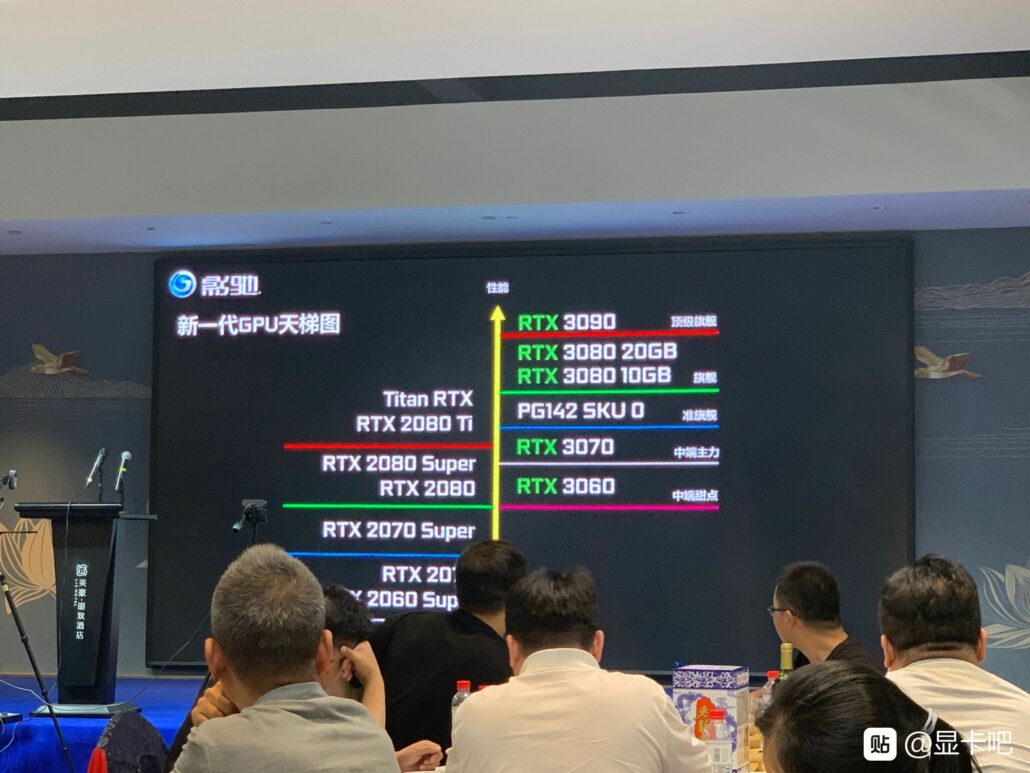 The NVIDIA GeForce RTX 3080 20 GB graphics card as the name suggests will feature twice the memory as the existing GeForce RTX 3080 10 GB model. The graphics card is expected to come with dual-sided memory and positioned directly against AMD's Big Navi Radeon RX 6900 XT GPU which is expected to feature 16 GB of GDDR6 memory. Aside from the memory, there have been rumors that the card may feature faster clocks and a slightly better core configuration.

In terms of specifications, the GeForce RTX 3060 (Ti/SUPER) is expected to feature the PG142 PCB and utilize the GA104-200 GPU core. This chip will feature 4864 CUDA cores in 38 SMs compared to the 5888 cores featured on the RTX 3070 which has 46 SMs enabled for its GA104 GPU. The card is also said to feature 8 GB of GDDR6 memory which is a nice upgrade over the standard GeForce RTX 2060 graphics card but then again, this is more of a successor to the GeForce RTX 2060 SUPER which also features 8 GB memory and came with the TU104 core upgrade.

NVIDIA is aware that AMD might try to leverage the higher VRAM capacity as a big marketing point for its RDNA 2 lineup which is why NVIDIA wants to offer its own higher VRAM offerings. The 20 GB RTX 3080 could be ideally positioned against a 16 GB card while a 16 GB RTX 3070 can be a good marketing standpoint against a 12 GB variant. That's not to say that the lower-VRAM cards that are already out by then wouldn't offer great performance but like I said, the amount of VRAM will be huge for marketing this gen.

Once again, these cards are still in a rumored territory for now and don't expect any information from NVIDIA to come out at least until AMD is done with its launch. We will keep you posted if we hear any more details on the remaining Ampere (RTX 30) cards.