The NVIDIA GeForce RTX 3050 series would include both the Ti and Non-Ti variants. The two GPUs that were spotted are laptop variants but we have seen that laptop Ampere variants feature same core specifications as the desktop variants. The GeForce RTX 3050 series will also be utilizing the Ampere GA107 GPU which has yet to make an appearance on the desktop or laptop segment. The GPUs have shown up in Samsung laptops featuring the Tiger Lake-H (45W) CPUs, namely the Core i7-11800H and the Core i5-11400H.

Coming to the specifications, the NVIDIA GeForce RTX 3050 Ti features 20 SMs or 2560 CUDA Cores. This should be the full-fat GA107 GPU configuration. The GPU was running at a maximum clock of 1.03 GHz and also features 4 GB of GDDR6 memory running across a 128-bit bus interface. NVIDIA is likely to feature 12 Gbps memory modules so we can expect a total bandwidth of 192 GB/s. The GPU should have a TGP of sub-100W. The NVIDIA GeForce RTX 3050 Non-Ti variant features 16 SM units or 2048 CUDA cores. The GPU was running at a maximum frequency of 1.06 GHz. These are most likely the laptop-tuned clocks and we can expect higher in the desktop parts which will hit the retail segment in the coming months. 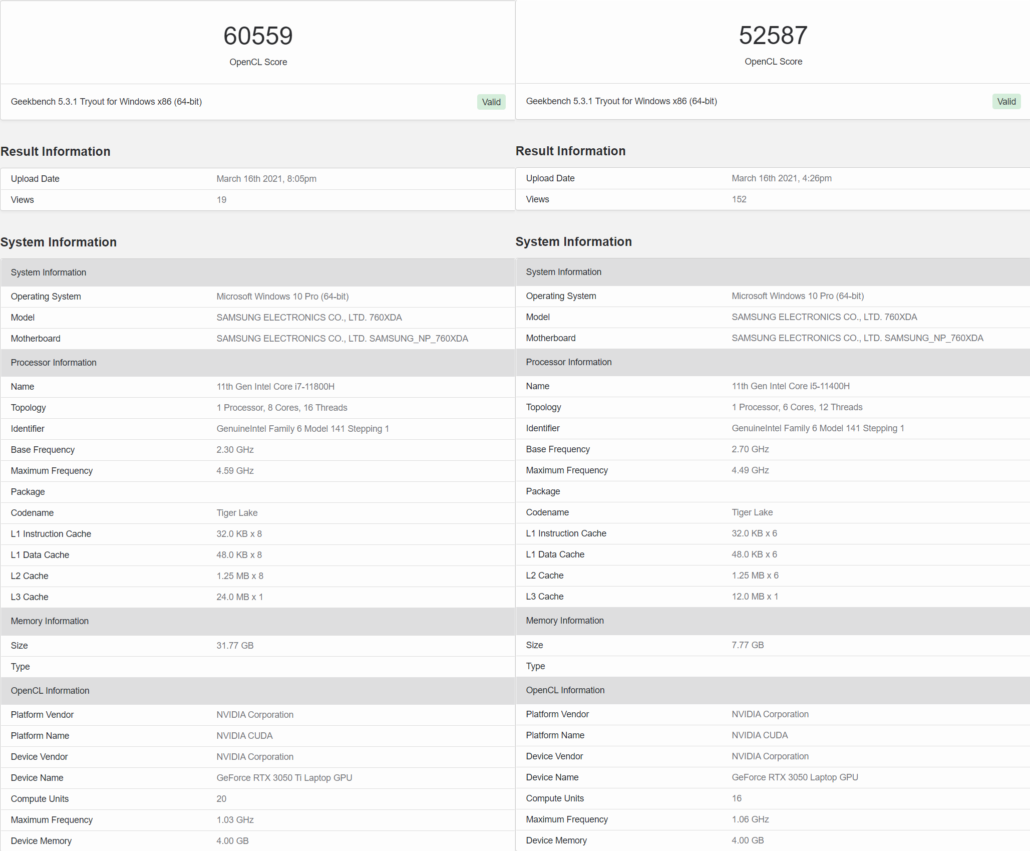 It seems like neither NVIDIA nor AMD will have a decent sub-$150 US solution this generation but that remains to be seen. As for TGP, the GeForce RTX 3050 Ti is expected to feature a 60W design and is expected to make use of the GA107 GPU. Intel's Tiger Lake-H and NVIDIA GeForce RTX 30 series mobility GPU-based laptops are going to start at around $999 US pricing so expect it to be quite popular amongst mainstream gamers who require portable and budget-friendly gaming solutions.