The official specifications of the Geforce GTX TITAN-X have just been unveiled courtesy of Videocardz.com. The specifications all match with what we have leaked so far, with no surprises as far as we can see. That said, the GM200 is an absolute beast with 3072 CUDA cores and Nvidia's Maxwell Architecture. There is some specification inconsistency mentioned by the source which I have accounted for below. 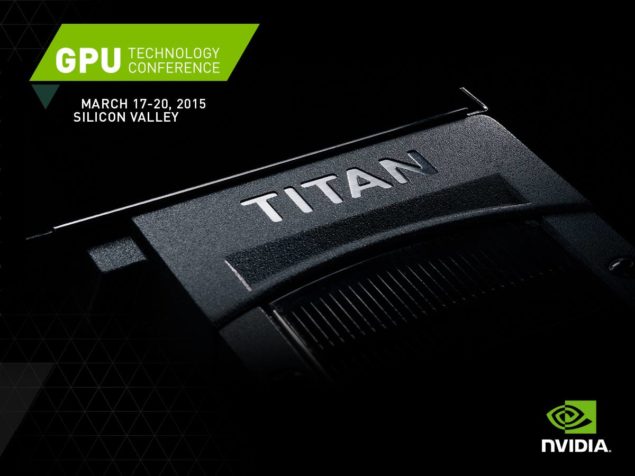 This occasion deserves the customary preliminaries I think. As most of you know the TITAN-X is the next iteration in the Nvidia series of TITAN branded GPUs. These form the semi-professional spectrum of Green's offering yet are still marketed to gamers for some inexplicable reason. The TITAN-X houses the GM200 core, which is the successor of the GM204; and fondly referred to as big daddy Maxwell by green fans. One of the major problems with the GM204 core was the lack of FP64 performance and if the GM200 can successfully address that, the card will become a worth successor to the GK110 based Titan-original.  Anyways, here are the specifications leaked with the inconsistency highlighted with an asterisk:

One of the things I could not understand in the specifications table released by Videocardz is the fact that firstly, a memory clock of 2000 Mhz is mentioned (8Ghz effective) but in the table, we still see 1753 Mhz as the memory clock. The bandwidth mentioned is also wrong in that eventuality. Assuming WhyCry is correct about the 2000 Mhz memory clock the following changes to the specification come into effect:

Finally, looking at the leaked block diagram I can make an educated guess that a cut-down GM200 is going to have 20 SMMs and 2560 CUDA Cores. These could feature in a future GTX 980 Ti or not appear at all. I know for a fact there are engineering samples of cut-GM200 floating around but whether they see the light of mass production remains to be seen. That's all folks.