A short update on the GM200 front just came our way. The next generation of graphic cards form AMD are nearing launch and it looks like Nvidia isn't waiting idly either. A report from the usually reliable sweclockers.com states that the Nvidia Geforce GTX 980 'Ti' Graphic Processor is ready for launch. The 980 Ti is a card that would be the successor of the GTX 980 and would form the high end spectrum of Nvidia's offerings. However, I have some doubts regarding the logistics of this product that I will offer at the end. 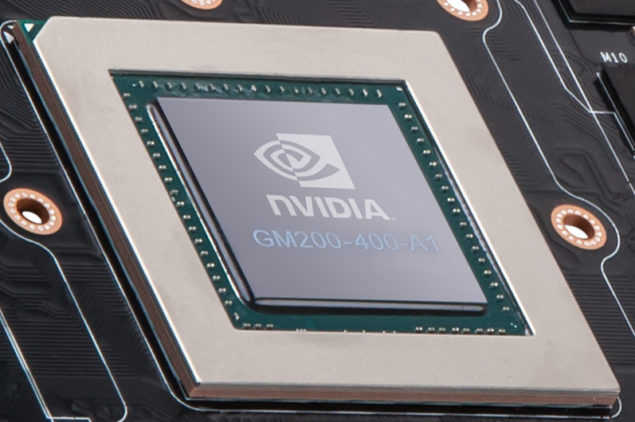 According to the report, the Geforce GTX 980 Ti has been completed - which means AIB seeding will begin shortly. It also means that Nvidia must be aware that AMD flagship is very close to launch, something that will happen either at Computex, or shortly before. Should AMD launch a GPU that offers serious competition to the GTX 980 than the 'Ti' older brother will step to turn the tides back in Nvidia's favor. AMD's market share has been on a relatively alarming trend this year and the launch of the Fiji XT GPU could make or break it for the red duo-pole.

The launch date remains approximately September of this year. The GTX 980 Ti will supposedly have the complete 3072 cores of the GTX TITAN X but with the memory buffer cut to 6GB from 12GB and maybe higher clocks. Now here is the reservation I have about all this (read: opinion). The GM200 core is a huge die, so yields wont exactly be ideal. If Nvidia has two products with almost no differentiation equipped with full dies than what exactly is the pricing strategy here? It doesn't seem to make sense from a marketing perspective. Even if you look at it from a technical point of view what is green going to do with the cut/recovered dies? A GTX 990 seems to be the ideal choice for such chips in such a case but a GTX 980 Ti and GTX TITAN X seem to be a little too similar for comfort to me. Anyways, here are the comparison specs from what we know so far: