The final specifications of NVIDIA's GeForce GTX 980 Ti have been unveiled by hwbattle, confirming what we have posted so far. The GeForce GTX 980 Ti is going to be the fastest GeForce 900 series card aside from the Titan X which is aimed at the ultra-enthusiast market. The benchmarks of the card have also been leaked that shown performance on par with the Titan X which is quite good considering the 980 Ti comes with cut-down GM200 core.

The NVIDIA GeForce GTX 980 Ti is going to be the fastest GeForce 900 series cards aside from the Titan X which leads the whole Maxwell pack with an insane core count and 12 GB of GDDR5 VRAM. The $999 US price is quite high and not all people can pay that much for a graphics card (even though the Titan X sold more than the Titan *Original* and even the GTX 690 graphics card. Many GeForce gamers have been demanding for a card that is more optimized in terms of price and performance compared to the Titan X. Back with Kepler generation, users got the GeForce GTX 780 Ti which was better in all ways possible than the GTX Titan and just a few bits slower than the Titan Black. The latest GTX 980 Ti which launches next week is going to be a similar solution that will perform similar to the Titan X but has specifications optimized to deliver lower purchase prices.

So specifications, we all need to hear the juicy specifications for this card. The GTX 980 Ti rocks a GM200 core, the specific SKU is codenamed GM200-310 and is a cut down chip that features 2816 cores, 176 texture mapping units and possibly 96 ROPs. There doesn't seem to be any ROP/TMU feature in affect since the card does perform on same levels as the Titan X which indicate that 96 ROPs remain intact even with the cut down nature of the card in terms of SMMs.

The card features 6 GB of GDDR5 VRAM compared to 12 GB GDDR5 on the Titan X. The 6 GB VRAM is more sensible for a gaming card and the memory runs along a 384-bit bus interface that is clocked at 7 GHz to pump out 336 GB/s bandwidth. The core clock is maintained at 1000 MHz and 1076 MHz boost clock. TAs for design, the card features a 8+6 Pin power connector configuration and has DVI, HDMI, 3x Display ports for display outputs. NVIDIA is using the reference NVTTM Maxwell revision cooler which has a decent package to cool down the card but to be honest, NVIDIA has to change the cooler scheme sooner or later since it is getting a bit boring looking at that design since the past two years. Custom designs will be available and shown off during the launch event at Computex.

The card launches on 2nd June and HWBattle has also reported in some new gaming benchmarks  that show the card on par with the Titan X in both gaming and synthetic benchmarks. One can expect the GTX 980 Ti to overtake the Titan X in benchies once it gets overclocked and with non-reference variants which is the reason we are also looking at non-reference Titan X being prepared by manufacturers. You can see the benchmarks below:

Aside from these benchmarks, Videocardz leaked out the entire reference variant portfolio from ASUS, Gigabyte and MSI. The cards shown in reference will also be available in custom models with heavily customzied coolers and hybrid designs which we will see during Computex next week. 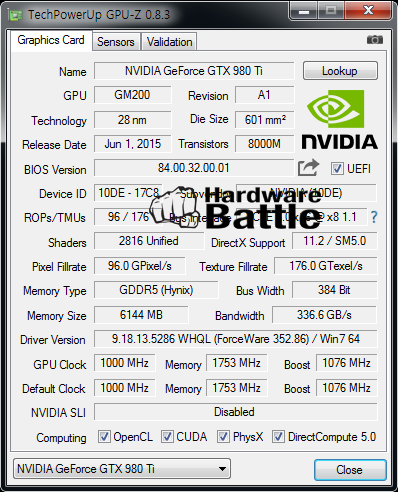 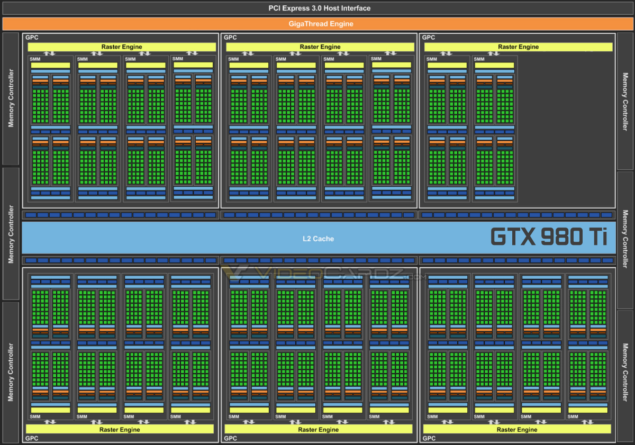