Well gamers everywhere, your prayers have been answered. Getting desktop class GPU performance in a gaming laptop has never been this easy. And we're not talking about mid-range desktop GPUs either. We're talking about Nvidia's flagship, the GTX 980. Which is the fastest gaming GPU to date. 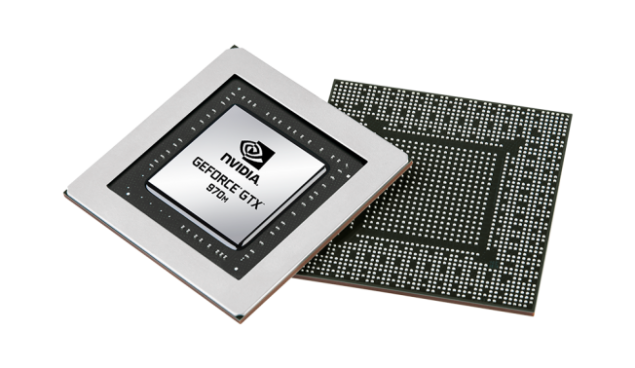 The gaming laptop in question is the Aorus X7 Pro. Aorus is a sub-brand of Gigabyte reserved for high end gaming laptops. The Aorus X7 which launched earlier this year came with a 2-way SLI GTX 765M configuration. Then Gigabyte introduced a second version which updated the GPUs to the 860M. The Aorus Pro introduces a much more powerful 2-way SLI GTX 970M configuration.

So keep in mind here that we're not only comparing a pair of mobile GPUs against a desktop flagship GPU. But the test setup for the GTX 980 also maintains a very significant advantage in CPU performance. After all the i7 5960X is Intel's eight core Haswell-E flagship which has twice as many cores as the i7 4870HQ, higher average clock speed and significantly more cache. 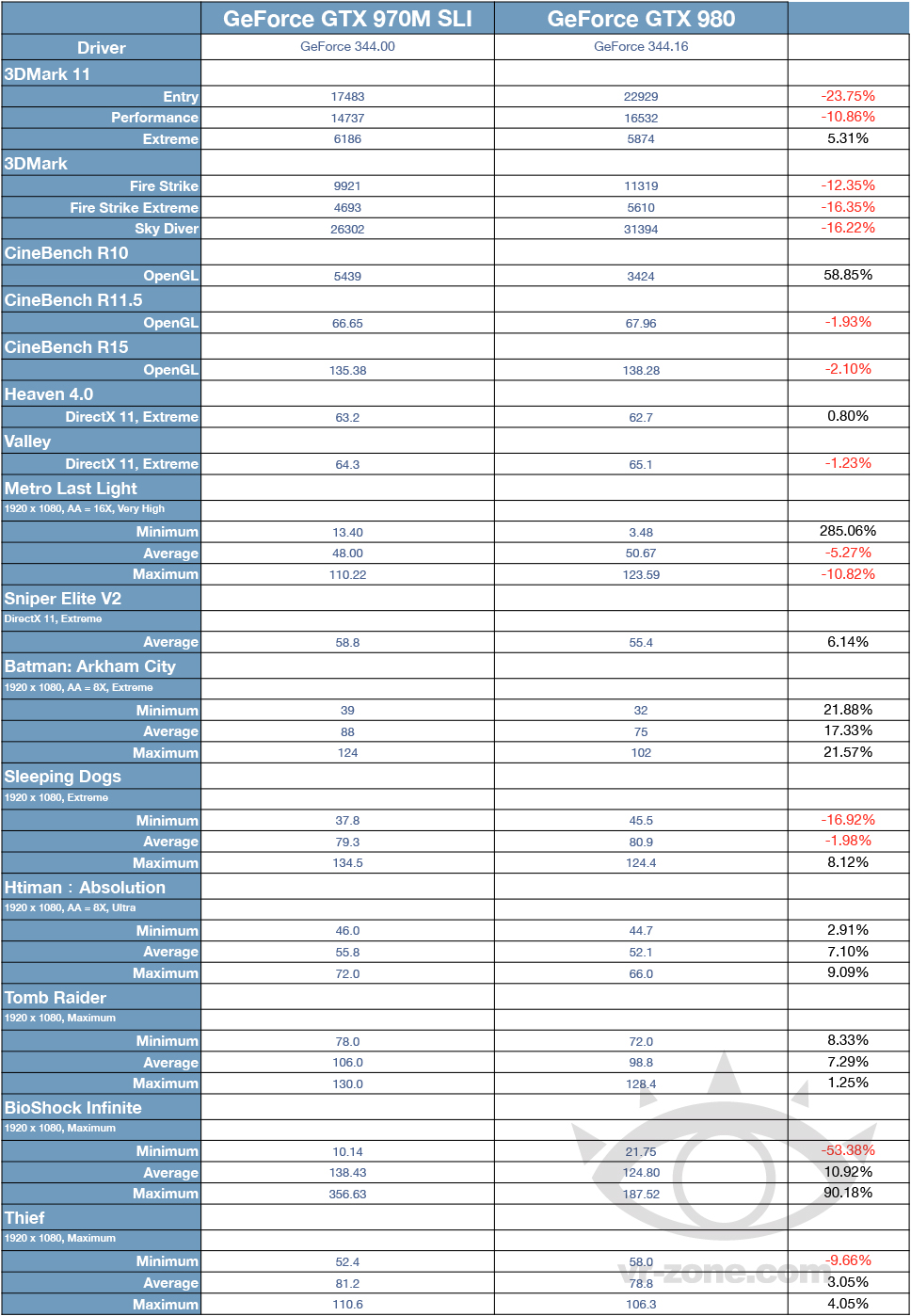 Looking at the synthetic benchmarks starting from 3DMark 11 all the way to Heaven. The results don't seem all that impressive. But gamers don't actually buy gaming laptops to run synthetic benchmarks do they ? They buy them to play games. And two 970M GPUs in SLI are truly impressive. The average FPS of the 970M SLI setup is higher than a desktop GTX 980 across the board except in one instant where it's a dead heat. The minimum FPS is better in half of the tested games and worse in the remaining half. However it's not worryingly lower than the desktop GTX 980 GPU and the FPS remains very playable. Also remember that the minimum FPS hit could very well be due to the CPU performance disparity rather than the graphics setup.

The performance numbers we're looking at makes it even possible for Gigabyte to update the display to 2560x1440 resolution and still maxed most games with very playable framerates. Makes us even more excited to look at GTX 980M numbers when running in 2-way SLI. While Maxwell didn't really introduce a sizable leap in performance on the desktop. Even though we're still on the same 28nm process. The mobile side showed a much more healthy improvement in performance thanks to the efficiency improvements that the Maxwell architecture has brought.

Nvidia still has a card up its sleeve with the GM200 core which is supposed to be twice as powerful as the GM204 core powering the GTX 900 series cards. The "big daddy" Maxwell GPU is rumored to come out next year on a more efficient manufacturing process. One might wonder if the combination of the more efficient manufacturing process and the Maxwell architectural power efficiency improvement would allow Nvidia to bring the GM200 GPU to mobile. Now that would be a site to behold ! 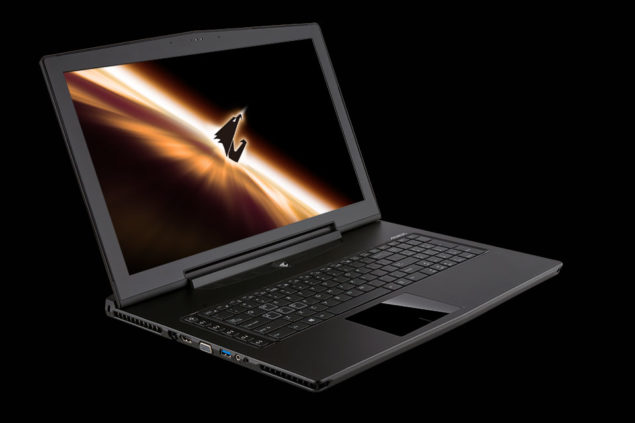