The title says it all, the NVIDIA GeForce GTX 970 will retail at an official MSRP of just $299 US. While we earlier speculated a price point of around $349 US, it seems like NVIDIA is going to surprise everyone by selling the GTX 970 for just $299 US which is quite the sweet spot for gamers aiming for 1080P and 1440P resolutions. 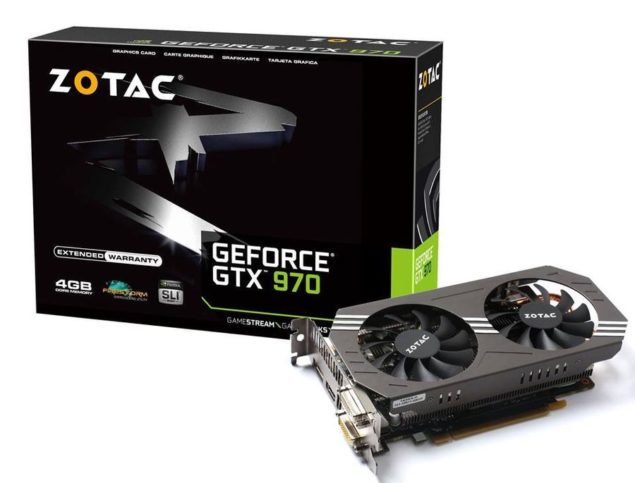 The news was broke by one of our most trusted sources who revealed that NVIDIA's second best Maxwell offering in the GeForce 900 series will retail for just $299 US. The source didn't reveal the exact MSRP for the GTX 980 but told that it could be anywhere around $449 up to $499 US. But the pricing for the GeForce GTX 970 is more or les confirmed and that's really good news for the entire PC gaming community. I am pretty sure NVIDIA will have a deal or two on their upcoming cards which might add even more value such as a bundle for Borderlands: The Pre Sequel or Witcher 3: The Wild Hunt which will entice users even more to migrate towards the green team.

NVIDIA has a launch of their budget friendly GeForce GTX 960 planned for October next month and the card may hit the market at a price point of $199 - $249. Now the pricing of the GTX 960 make sense but that's most probably because it is based on a GM206 chip which is reportedly a cut down variant of the GM204. So the GM 204 chip has three SMM units which are left to be enabled. Could NVIDIA probably launch a Ti variant for the GTX 970 with a SMM or two enabled in the long run at $399? I can't confirm nor deny this but that sounds very interesting. Nevertheless, whether that happens or not, the $299 US price for reference and $329-$349 US price for custom GeForce GTX 970s sounds really nice especially when they'll be available to grab this weekend from retailers around the globe.

Update: The source has now pointed to the GeForce GTX 980's MSRP which should be set at $549 US. The $549 US brings it closer to the original pricing of the Radeon R9 290X. It makes sense since retailers have already cut prices on the GeForce GTX 780 Ti and can now be seen in the market for $499 US. The card is just around 10 to 15% (This is just a guess, actual numbers can be higher) slower than the GeForce GTX 980 hence why the $549 US makes the Maxwell based card a valid option. However, as earlier pointed out, this leaves a huge gap in between the GTX 970 and GTX 980. The GTX 980 is around $200-250 US more expensive and NVIDIA may launch a few more GM204 SKUs in the future to fill this section since their GM204 still has three SMM units left to be enabled later on.