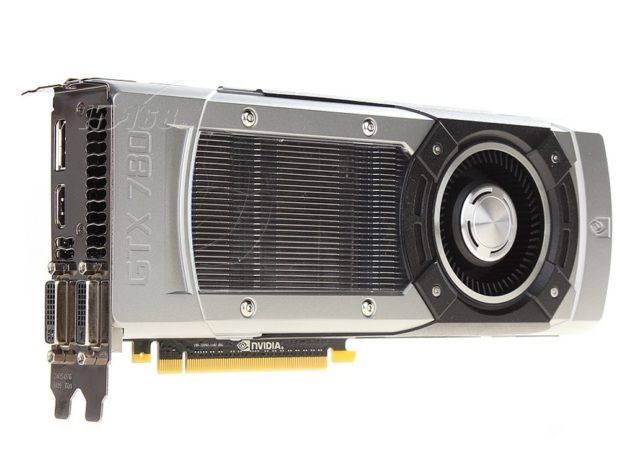 The official specification chart of NVIDIA's GeForce GTX 780 GPU has been unveiled confirming the details we have been reporting since last month. The GeForce GTX 780 has already been announced publicly in China at the GeForce E-Sports event so only the launch remains which would take place on 23rd May "23:00" globally.

The GTX 780 would be the flagship product of the 700 series and would be based on a cut down version of the GK110 core codenamed “GK110-300-A2″. This core would have 2304 cores and a 3 GB GDDR5 memory which would operate along a 384-bit memory interface. The core is maintained at 863 MHz with Turbo boost of 900 MHz while the memory operates at the reference 1502 MHz or 6 GHz effective clock speed. The GPU would be powered by an 8+6 Pin connectors which represent a 250W TDP while display connectors include Dual Link DVI, HDMI and a single display port.

The GPU would make use of the cooler from GeForce Titan which would allow for better thermal specs providing users more overclocking headroom. The pricing is suggested around the $599, while overclocked models which would also be available at launch are going to cost slightly more. You can check out the be benchmarks for GeForce GTX 780 GPU here. Latest reports point out that the custom models won’t be available at launch but rather be released a bit late for an extra cost. 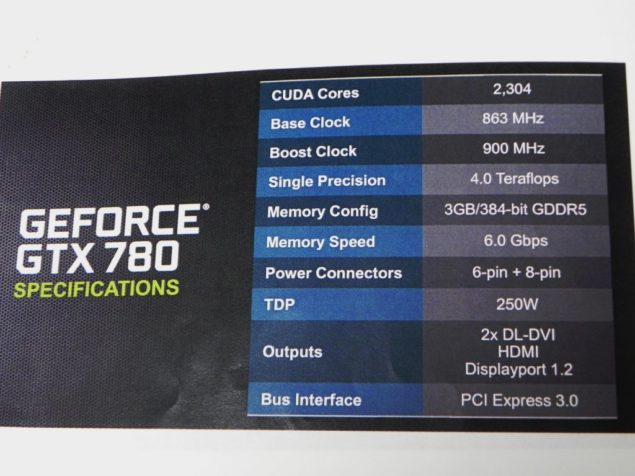 The GeForce GTX 770 makes use of a refined version of the GK104 core, codenamed as GK104-425 A2 which although comes with minor improvements over the original GK104-400 core but can be clocked a bit higher. It features a 2 GB GDDR5 memory running across a 256-bit bus and has 1536 cores, the same number as the previous generation flagship GeForce GTX 680. Performance of the GPU is expected to be around 5-10% faster than the GeForce GTX 680 at a cost near the GeForce GTX 670 around $399-$449.

Latest information reveals that the core clock for the GTX 770 would be maintained at 1046 MHz core and 1085 MHz boost while the memory would be effectively clocked at 7 GHz which would give a good performance boost over the GeForce GTX 680. The GeForce GTX 770 is expected to launch on 31st May 2013.