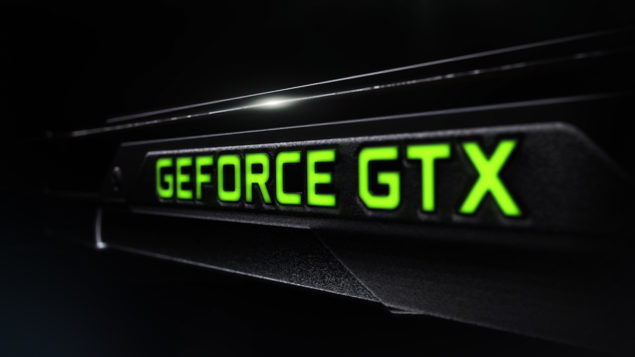 Fudzilla has got some exclusive information on the upcoming GeForce GTX 780 from NVIDIA, according to them the latest flagship graphic card launches on May 23rd followed by the GeForce GTX 770 on May 30th.

It was already revealed a few weeks back that NVIDIA was about to launch their GeForce 700 series in Mid-May and now we have the exact launch dates for both new GPUs. The previous information also stated that the GeForce GTX 760 Ti would also be included for the Q2 launch lineup but instead launching in May, the GTX 760 Ti would be announced during Computex 2013.

Only a day ago, a report revealed that the GeForce GTX 780 which would be using the same GK110 core architecture would also be priced similar to the GeForce GTX Titan. Although we don’t have any specific details but the card is expected to feature lower SMX and Cuda cores compared to the GeForce GTX Titan which boasts 2688 cores and comes with a 6 GB GDDR5 memory. In the early spotting of the Titan LE card, it was noted that the GPU would be using 5 GB of memory across a 320-bit interface however new reports mention that NVIDIA would have to lower the memory down to 3 GB to ensure that the cost of the GeForce GTX 780 doesn’t goes sky high like the Titan.

limited as a reference design by NVIDIA, although we did see some AIB’s manufacturer custom models only to see them canned later on, the GeForce GTX 780 would be available in custom flavors too allowing AIB partners of NVIDIA to offer custom models of the GPU. But, being based on the GK110 core would mean a major hit to the price point and the site has mentioned that people waiting for the upcoming GTX 780 flagship card shouldn’t worry if the price point does end up near the GeForce GTX Titan, suppose say $759?

The site also reports the exact time at which the GeForce GTX 770 from NVIDIA would launch which is 6:00 AM PDT (standard NVIDIA time for launching new graphic cards). The GK104-425 used on the GeForce GTX 770 is going to feature improved performance but would not give a massive boost over the current Kepler 600 series.

It is expected to feature the same 1536 cores as the GeForce GTX 680, so we can expect that with some core clock improvements the GPU would end up being a bit faster than the GTX 680. Pricing however would be high at around $399 - $499 since the GTX 780 itself would end up around the $699 barrier. You can see the expected specs of the GeForce 700 series cards in the chart below:

With only a month's time left in GeForce 700 series launch, it would be quiet some time before rival AMD would have something to tackle them since their HD 8000 Sea Islands GPUs are currently planned for launch in Q4 2013.