The Nvidia Geforce GTX 750 graphic card was originally based on the GM107 chip, which as we know is the first iteration of Maxwell architecture. While the architecture was very power efficient, it wasn't as polished as Maxwell 2.0 and had some modern features missing.  In a report by Hwbattle.com it is revealed that the GM107-300 silicon is not available anymore, but demand for the card is still very high and Nvidia is going to instead supply AIBs with a cut down variant of the GM206 chip. 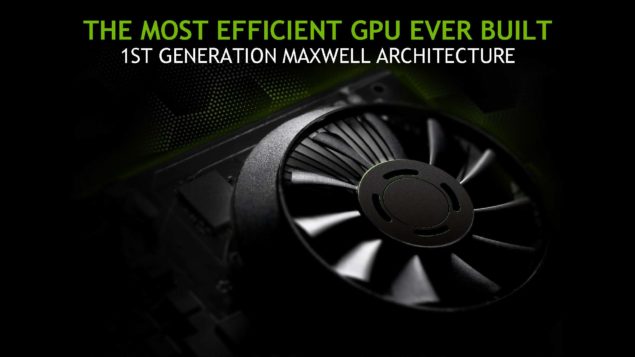 Naturally once we heard this, we did our own digging and came across multiple points of confirmation. The source mentioned that the silicon in question will be named "GM206-150" and we were able to find the die in PCI id code databases. The full nomenclature is actually "GM206-150-A1". I was also able to find listed models of the GM206 based Geforce GTX 750, from which we can confirm that the core count will remain exactly the same as before (512 CUDA cores).

While the core count remains the same, the ROP count was modified and a plethora of new features was introduced. To begin with HDMI 2.0 is fully supported. New technologies such as Dynamic Super Resolution, Third Generation Delta Color Compression, Multi-Pixel Programming Sampling, Nvidia VXGI (Real-Time-Voxel-Global Illumination), VR Direct, and Multi-Frame Sampled Anti-Aliasing(MFAA) were introduced. Many of these technologies are courtesy of the fact that the card will now support DirectX 12 API upto feature level 12_1. 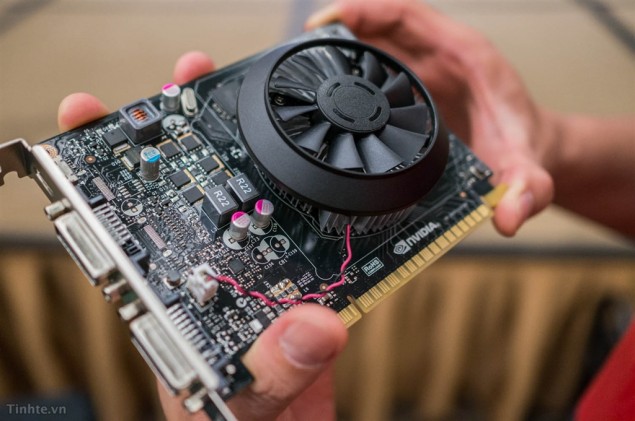 The PCI-e only power requirements of the 750 Ti resulted in an incredible value. Image credits: Tinhte.vn

The GM206 based Geforce GTX 750 will also now support encoding resolutions at 1440p/60FPS & 4K/60FPS compared to Maxwell 1.0 architecture which only supported H.264 1080p/60FPS encoding. Full fixed function HEVC hardware based decoding is also now supported. In short, the Geforce GTX 750 is now a very good choice for casual HTPC builds. According to the source, the price will remain the same, although a slight slight price point adjustment could make it should sell like hot cakes. While most chinese retailers have the GM206 based model listed, it remains to be seen how long it will take for the same to trickle into the US and EU market although the lack of GM107-300 silicon availability should make it happen soon enough.

It is unclear at this point whether Nvidia will give the same treatment to the Geforce GTX 750 Ti. The card, which has 640 CUDA cores would require a GM206 die with 5 SMMs - just 1 SMM short of the GTX 950. While it would make for an absolutely killer configuration (at the same price point), it might also undercut the 950's positioning, making it somewhat of a tradeoff for Nvidia. A GM206 die with 5 SMMs should be named GM206-200-A1, keeping with the existing nomenclature, so we will keep a lookout on the usual hideouts for the same.