The Reference PCB design along with the first performance results of NVIDIA's upcoming GeForce GTX 670 graphics card have been exposed. The Geforce GTX 670 would be the third GPU to feature the 28nm Kepler GK104 core and as we noted previously, would be based on a much smaller PCB.

As you can see, The Kepler Gk104 is accompanied by a 4 Phase VRM which is powered by dual 6 pin connectors. There are four memory chips at the front and four at the back of the PCB which suggest a 2GB (256-bit) wide memory however an additional room for eight more chips mean we would be looking at 4GB non reference models soon.

The card was from manufacturer Gigabyte as suggested from the codename "GV-N670OC-2GD2" was pitted against the Radeon HD 7950 and GeForce GTX 570. The results obtained were quite shocking:

Not only is the GTX 670 outperforming the GTX 570 but also the much faster HD 7950 and at times giving around 80% of the performance of a GTX 680 at stock clocks and with overclocked frequencies can reach the 680 levels with ease. The card would be a strong entry in the Kepler lineup though its price is still not confirmed, Some suggest $349 while custom variants would sell for $399+. Official launch date is May 7th. 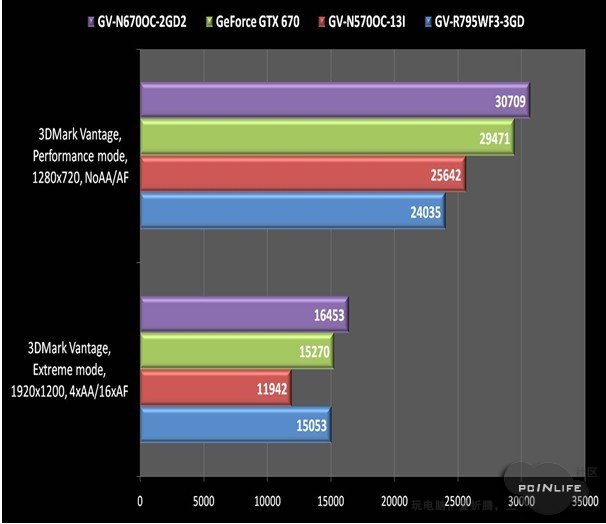 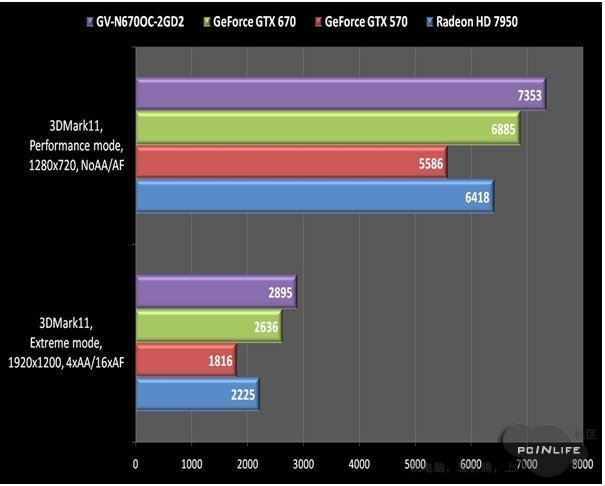