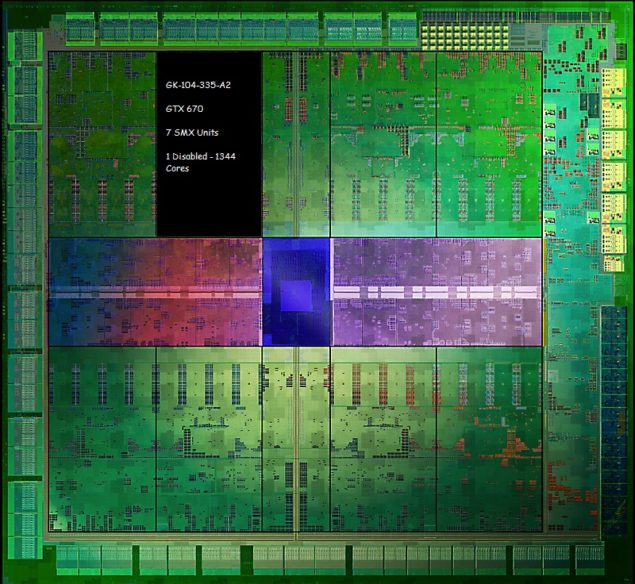 NVIDIA launched its first Kepler graphics card "GeForce GTX 680" last month, Now the company is going to release a second Kepler Gk104 chip based product known as the GeForce GTX 670. According to sources, It is suggested that NVIDIA would launch the card in early May though an announcement is expected during the NVIDIA Gaming festival in Shanghai, China. on 28th April.

Power would be provided through dual 6 Pin connectors, there would also be a major change to the PCB design with the non-ti 670. The length of the PCB would be equal to the GTS 450 length which may mean that a lot of power circuitry would either be removed or re-arranged in a compact design.

Performance of the GTX 670 would be slightly better than the HD 7950 and GTX 580 and would have much better performance efficiency then both. 3DMark 11 score result at Xtreme preset is around X2600 Marks. Also if NVIDIA does launch a Non-Ti or another cut down version of the 670, it would feature only single power connector, 1152 Cores due to two disabled SMX units and a cut down 192-bit memory, Price as we suggested around $249.

GeForce GTX 690, The dual Gk104 flagship is also expected to be announced tomorrow and we can see the launch of the 670's in the first two weeks of May.