NVIDIA will be unveiling their Pascal GeForce 1000 series cards in a matter of days but it seems like they really love to tease their upcoming announcement by sending out a mysterious puzzle to select tech sites. The tease which is titled as "Order of 10" may not hint at the Pascal cards at first but after solving the puzzles, most tech sites have figured out that this campaign has been started by NVIDIA and references their GeForce Pascal series that will be unveiled on 6th May 2016. 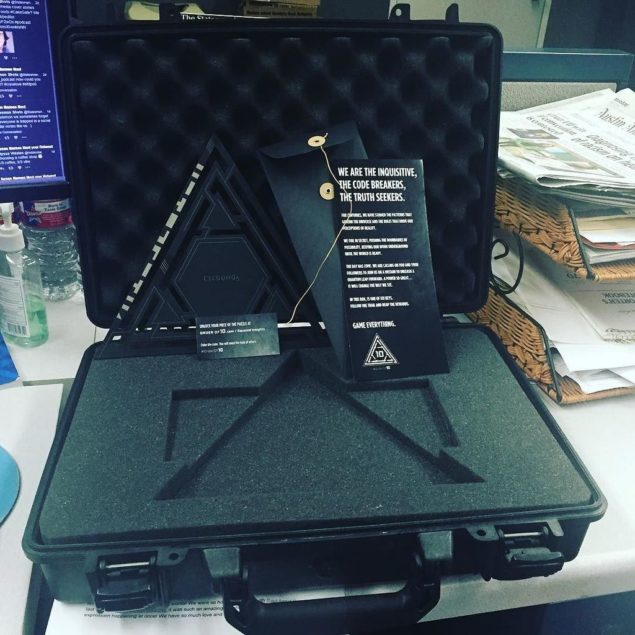 The Order of 10 Mystery Box has been sent to several tech writers (Image Source: OmarG)

It's not a coincidence that many tech sites have received the mystery box at the same day and all lead to the same site known as orderof10.com. The site has a hexagon image with each side the equivalent of a piece of puzzle. The mystery site is accessed by entering a code from the triangle that is housed inside the box which was also sent to tech sites. The box has a "10" logo embedded on the front and a single triangle with the code featured inside. 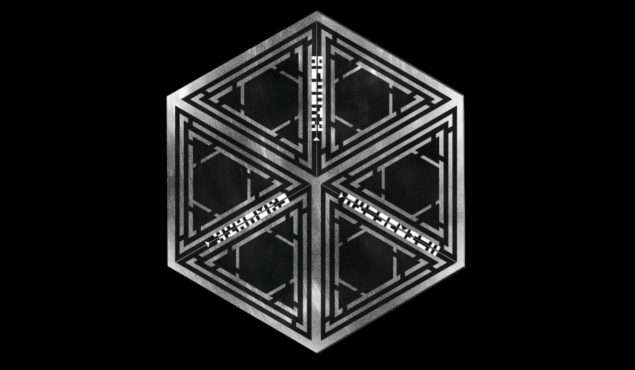 After spending some time solving the puzzle, GamerNexus (Via Videocardz) found out another link that led to a count down that ends on Friday (6th May 2016). I think we all know where this is going but that still isn't enough to indicate that this is indeed a GeForce Pascal event but the rest of the puzzle pieces reveal that it is indeed a grand event for GeForce 1000 series cards.

There are a total of six pages on the site, we have Collision, Structure, Circles, Compute, Vision and Astronomy. Each puzzle corresponds to the next, solving the mystery piece. There's also a reference for Fermi on the page so this provides us a hint at what the puzzle is all about. Solving all pieces reveals the title of "Humanity shall be enlightened" which when entered next to the URL leads to a countdown timer. There is definitely a whole lot of research that went into finding what the tease is all about.

All of the puzzle pieces on the Orderof10 website have been solved, leading to a countdown timer!

What's more interesting is that this upcoming event was previously rumored to be a editor only event but the same editors have made the unveiling public by confirming that something is cooking over at NVIDIA. A grand unveiling of Pascal cards that is, we know that GeForce 1080 and GeForce 1070 products will be available this quarter (June 2016) but there are lots of people who want to see the cards first before buying them so NVIDIA announcing them (Paper Launch) a few weeks before launch does seem like a good choice however we can't be so sure on whether this event will be public or press only.

The countdown timer reveals that only 3 days and 12 hours are left till the unveiling of something big!

Since this unveiling is all about NVIDIA's next-generation Pascal based graphics cards, we want to let you know that even if NVIDIA didn't initiate this campaign, it was confirmed that NVIDIA had two cards ready for launch for June 2016. These cards include their GeForce GTX 1080 and GeForce GTX 1070 products which will be based on the latest GP104 GPU core that utilizes the 16nm FinFET process to deliver a huge increase in total transistor density that leads to improved performance on smaller die packages.

The NVIDIA GeForce GTX 1080 will be the fastest Pascal card launching this year. The card was leaked last week and we have since seen several revisions of the GTX 1080 graphics board. The most detailed was the PCB shot which we exclusively shared with our audience last week, unveiling the GDDR5X memory on board a completely custom PCB. 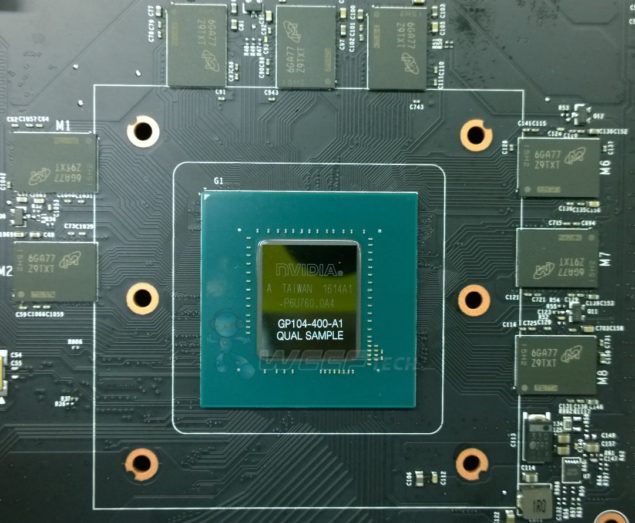 The NVIDIA GeForce GTX 1080 will feature 8 GB of GDDR5X memory which is said to be clocked at speeds of 10 GB/s leading to 320 GB/s bandwidth. The GPU will house close to 8 Billion transistors with a rumored 2560 core count. The card will feature a 256-bit memory bus and architectural improvements in the Pascal core will lead to faster performance in DirectX 12 and compute oriented loads. The NVIDIA GP104 GPU is much smaller than the GM204 GPU in size but it will enhance the already great performance per watt nature of the Maxwell cores.

There is no word on the pricing yet but I personally think it will be close to the price range of GTX 980 around the $549-$599 range. NVIDIA's rival, AMD seems to have no competition against the GTX 1080 in this range since they will be aiming for lower price markets where the GTX 1070 comes in action.

The NVIDIA GeForce GTX 1070 is the second card which has been leaked in the past. Based on the same GP104 core as the GTX 1080, the card will feature a slightly cut down design. We don't exactly know how many SMPs will be disabled from this product but it will mostly retain the competitive nature against AMD's Polaris based cards. Instead of using GDDR5X, NVIDIA will feature 8 GB GDDR5 memory to deliver a more cost effective card which will still be clocked at speeds of 8 GB/s across a 256-bit bus leading to 256 GB/s bandwidth. 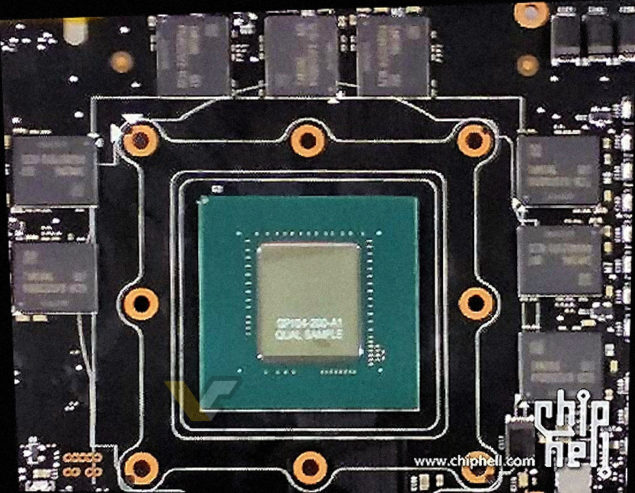 The successor to the GeForce GTX 970 will enhance upon its predecessor, once again aiming for the crown of the most used graphics card of 2015. The GTX 970 has a large install base so if NVIDIA offers competitive price on the GTX 1070 which they did with the GTX 970 ($329) while offering great performance, it could once again be a winner for team green. 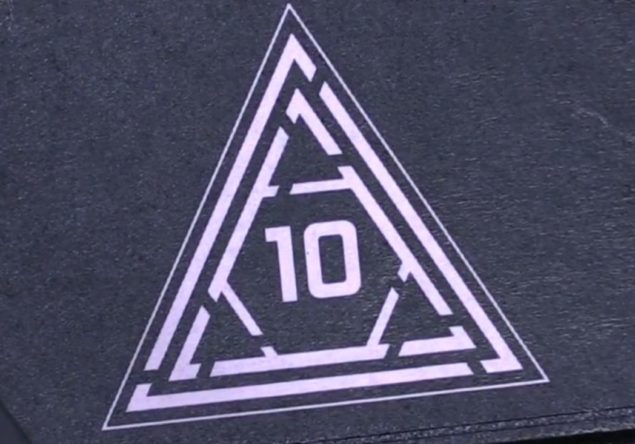 Videocardz also points out that the font used on the "10" number is the same style which NVIDIA uses for their products. Hence this unveil is definitely coming from NVIDIA. One more thing that we would like to point out is that the leaked cooler shrouds for Pascal cards also feature a very sharp and aggressive design like the triangle so it must be pointing to those too.

We are sure that NVIDIA has got most of us really excited about the upcoming GeForce Pascal launch and we just hope that they can deliver some great products to consumers.