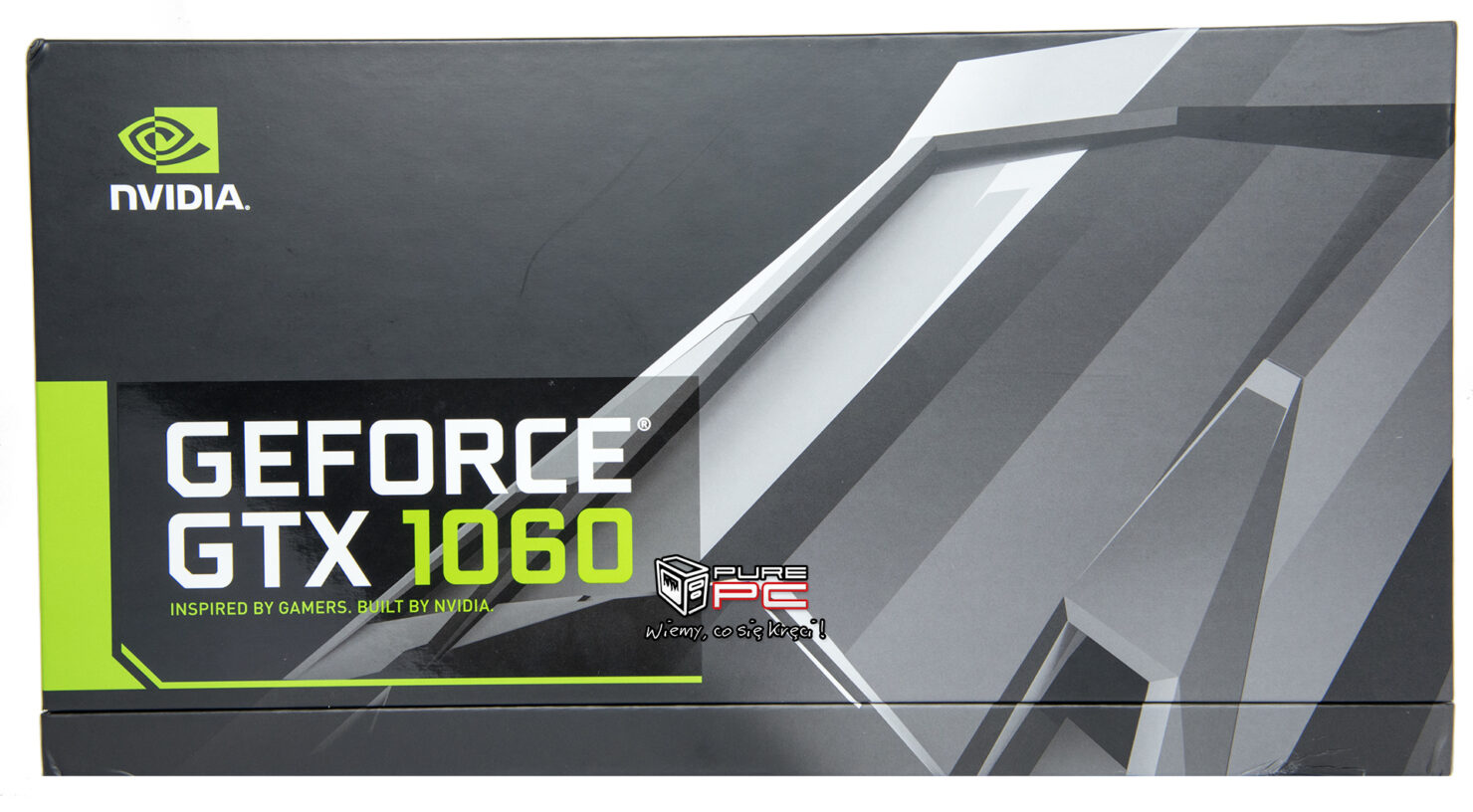 The first pictures of NVIDIA's GeForce GTX 1060 Founders Edition have been unveiled by PurePC. The reveal confirms that the GeForce GTX 1060 is already in the hands of reviewers and ready for launch next week. The GeForce GTX 1060 will be based on NVIDIA's Pascal architecture which utilizes the brand new 16nm FinFET technology to deliver unprecedented increase in clock speeds and superior performance per watt.

The first detailed pictures of the GeForce GTX 1060 have been leaked. (Image Credits: PurePC)

We have learned a great deal about the GeForce GTX 1060 over the last week but there's more to come. The GeForce GTX 1060 is NVIDIA bringing Pascal to to the mainstream market. NVIDIA currently has two high-end Pascal cards in the market, the GeForce GTX 1070 and GeForce GTX 1060 which retail at prices beyond $350 USD. To attract a larger portion of the market to their Pascal lineup, NVIDIA will be launching their affordable GP106 GPU based solutions with sub-$300 US prices. 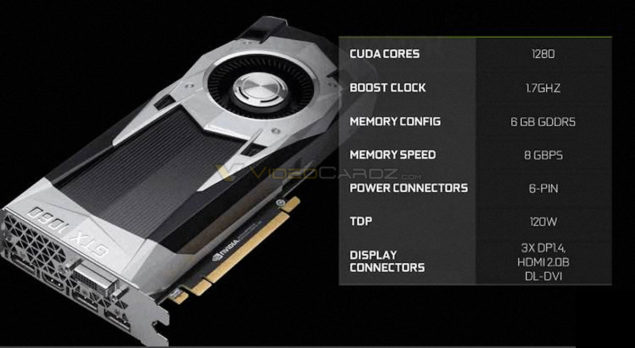 Starting off with the specifications, the GeForce GTX 1060 would feature 1280 CUDA cores and 80 TMUs. The Pascal GP106 core on the 1060 has been configured to boost beyond 1.7 GHz which is impressive. NVIDIA has a massive lead in terms of core frequencies with TSMC’s 16nm FF process node and that shows as their chips are built to clock beyond 2 GHz when overclocked. The graphics card features 6 GB of GDDR5 memory which runs at 8 GHz. This means that we will be getting 192.00 GB/s bandwidth on this card since it comes with a 192-bit bus interface.

The GeForce 1060 will also be using the reference Pascal display configuration of three Display Port 1.4, single HDMI 2.0b and also a single DVI port. Since this is Pascal we are talking about, the NVIDIA GeForce GTX 1060 would feature just 120W TDP and power would be provided through a single 6-Pin connector. Looking at the card, we can note that it is missing the SLI bridge which confirms reports that the card won't be capable of multi-GPU functionality.

While this is a turn down for many people, it should be noted that recent games have been real poor in terms of multi-GPU functionality and most GPU makers have to opt in special support from the devs for their specific GPU architectures. The percentage of SLI setups in the mainstream market is also much lower compared to the high-end market since users prefer single card solutions since they offer more value across AAA games. But it would have been nice to get SLI support to those users who prefer higher performance by installing a second card in their rigs.

Since this is the reference variant, we should also just call it the GeForce GTX 1060 Founders Edition. The design of this card is very reminiscent of its other two Pascal based siblings. The GeForce GTX 1060 features a very nice design scheme with black and silver textures across its shroud. The GTX 1060 naming is etched on the front and we can spot the "GeForce GTX" logo on the side which should feature LED lightning. The card features a blower style cooler than vents air into the internal chassis that comprises of a large titanium black covered aluminum heatsink.

You can also see that the 6-Pin power connector is not part of the PCB and moved to the very rear of the shroud itself. Graphics cards that use extended coolers usually place the power connectors towards the middle of the card which hinders cable management required to reach the power connector. In such configuration, users will be able to manage cables with ease.

We can clearly see that the PCB is very short on the GeForce GTX 1060 which is similar to its older Kepler based predecessors such as the GTX 670. Custom additions from AIBs will allow even shorter design like the Gigabyte GeForce GTX 1070 Mini ITX OC which is the fastest SFF gaming solution launching soon. The GeForce GTX 1060 would feature a price close to $250 US and expect to learn more about it when NVIDIA formally announces the card on 7th July.