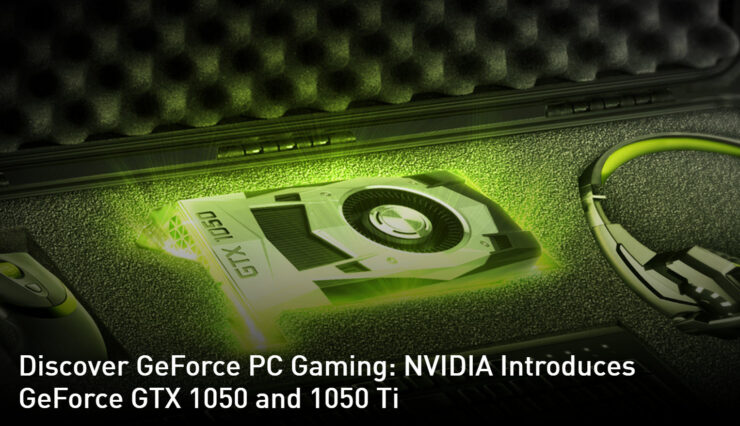 Today, NVIDIA would announce their brand new GeForce GTX 1050 series graphics cards for budget gamers. The new graphics cards are based on the Pascal core architecture that delivers a leap in gaming performance over Maxwell based graphics cards along with increased power efficiency.

Both cards, the GeForce GTX 1050 Ti and GeForce GTX 1050 utilize the GP107 GPU. While the announcement is planned for today, both cards won't be available in retail market till 25th of October. The reference solutions will feature a very nice SFF design that won't use any external power connector and would be able to run on an existing power supply with ease. 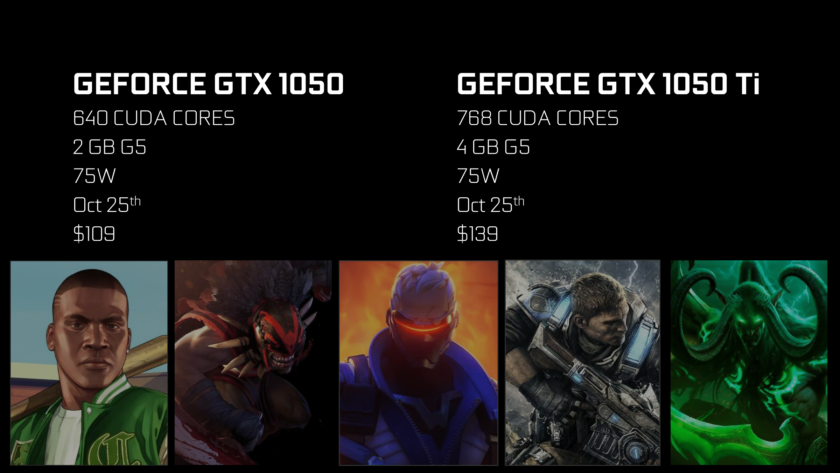 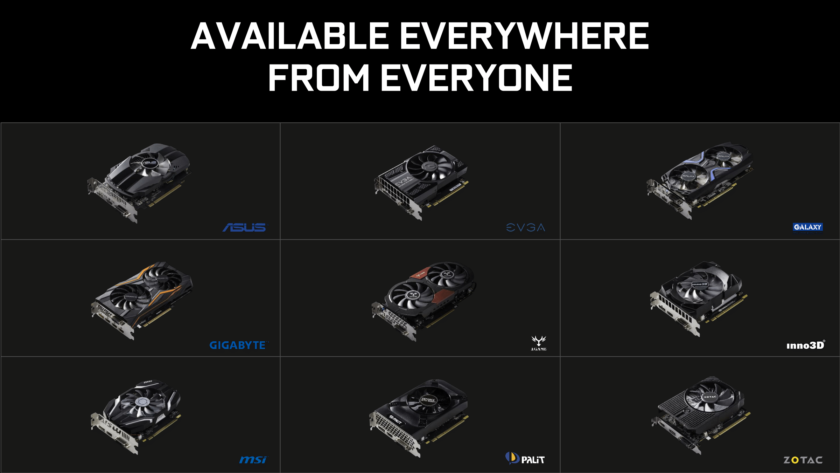 One of the major changes that the GP107 GPU gets is the 14nm FinFET node. The chip is manufactured by Samsung and is the only chip in the Pascal lineup to feature a different process node compared to the rest of the lineup. The 14nm FinFET node may be one reason why we are looking at lower clocks on the GP107 GPU compared to the rest of the lineup. But at the same time, these cards are constrained due to their 75W TDP.

The switch to 14nm FF is still an interesting move and we look forward to see the overclocking and power efficiency results of Pascal 14nm process compared to AMD's GCN 14nm process designs.

Coming to the performance numbers, the GeForce GTX 1050 official performance slides reveal it to be up to 2.5x faster than the GTX 650. Now its really odd that NVIDIA would use such an old graphics card to make a comparison with their 2016 card. But, there are many users who still own the card and NVIDIA is basically showing the upgrade advantages that their new cards bring to users who are still running GTX 650 class cards.

Overall, the GTX 1050 will compete against the Radeon RX 460 as mentioned above. The performance results for the GTX 1050 Ti are more interesting since they are covered by a Chinese review site. The site used a AIB model, manufactured by GALAX and compared it against the GTX 950 and GTX 960 cards.

The card packs a custom design PCB that does use a 6-Pin power connector. It comes with a 3+1 phase PWM that offers superior overclocking performance compared to reference variants. Display outputs include dual DVI and a single HDMI / DP 1.4 port. The cooler is a dual fan design that pushes heat to a large aluminum based fin block. Heat is dissipated from the core and VRAM through a single heatpipe that makes direct contact with their surface.

This variant is also factory overclocked and comes with faster clock speeds of 1354 MHz base and 1468 MHz boost. These are a good improvement over the reference clocks of 1290 MHz base and 1382 MHz boost. It's time to talk about gaming performance and from the looks of it, the card is even faster than the GTX 960 that is a good sign for budget builders. Not only is the card more power efficient but also faster than the GM206 Maxwell card.

These results do look great but the more surprising fact is that the card runs cool too. During Furmark load test, the GPU didn't break the 56C barrier even when it was running past its boost clock. Total system power consumption at idle was rated at 73W and 170W at full load. This indicates that you won't need a PSU that is greater than 500W when using a Pascal based GP107 card.