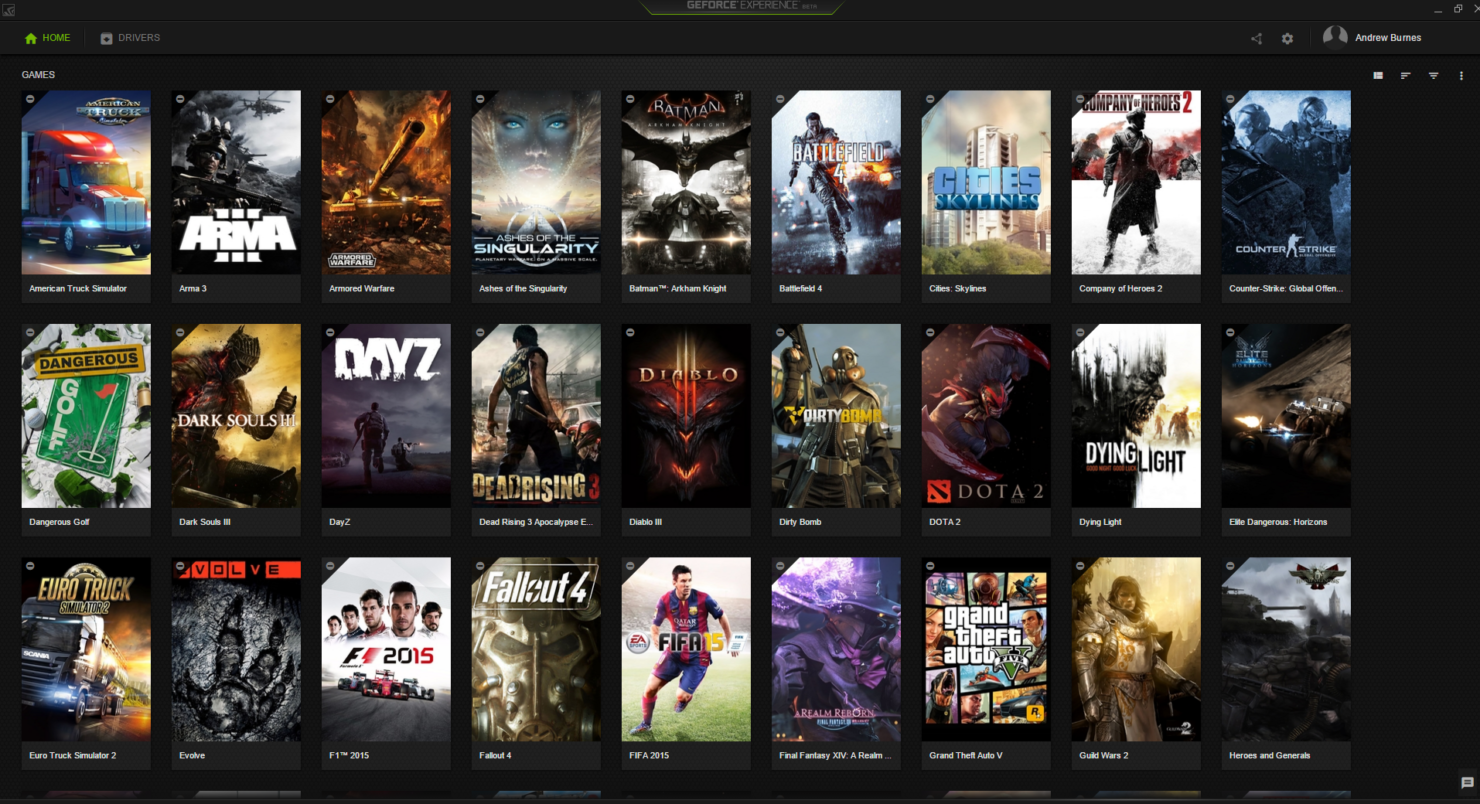 NVIDIA has released their latest GeForce Experience 3.0 utility for GeForce gamers. GeForce Experience as a tool, allows GeForce users to update the graphics drivers, optimize their games and offer a range of features such as Gamestream, Shadowplay and GeForce Experience Share. The latest 3.0 version brings a cool new UI that looks great and runs fast.

For those interested in getting the latest version of GeForce Experience 3.0, you can get it at GeForce.com or you can update your current version automatically. So first up, we are looking at a new and modern UI (User Interface) that's not only light weight, but runs faster too. NVIDIA mentions that GeForce Expreview 3.0 is 3x faster than GE 2.0 and also consumes 50% less system memory.

Tools and accessibility have been simplified by making information and settings accessible through a single-click on the homepage. Users can also learn more information about the latest GeForce drivers from the GE 3.0 now. It will still be available on GeForce.com but its handy to have the info close to users. This will detail the various GeForce and Gameworks technologies supported by the new titles such as NVIDIA SMP and NVIDIA ANSEL.

Now, GeForce Experience can record gameplay at 60 FPS, at up to 4K, in fullscreen and windowed modes, and upload a complete or trimmed clip to YouTube; livestream to Twitch and YouTube Gaming at 1080p60; capture and edit screenshots, and upload them straight to Imgur without leaving the game; show your FPS during gameplay; and let a friend jump into your game via Chrome to either watch, take control of your character, or play in co-op. And now these features are also available on Optimus notebooks. via GeForce