NVIDIA's latest GeForce 337.88 WHQL drivers are now available for download and are aimed to improve performance in several titles including Ubisoft's latest title, Watch Dogs. In addition to Watch Dogs, the performance would also improve in several gaming titles, new releases and SLI. 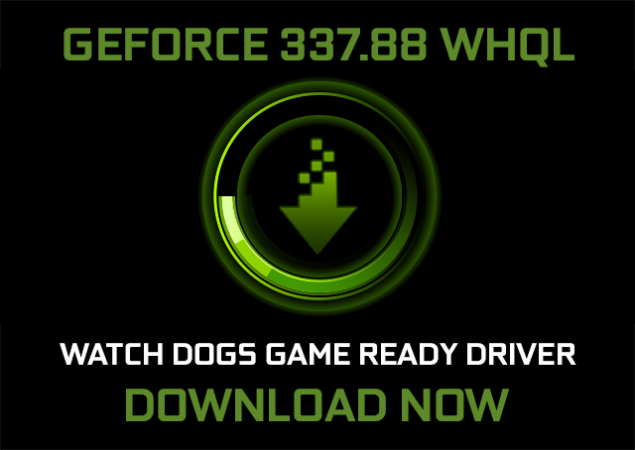 The GeForce 337.88 WHQL adds up more optimization to the GeForce 337.50 in titles that include Assassin's Creed IV: Black Flag, Batman: Arkham Origins, Battlefield 4, BioShock Infinite, Call of Duty: Ghosts, Far Cry 3, Hitman Absolution, Sleeping Dogs, Sniper Elite V2, Star Swarm, Thief, Titanfall, Tomb Raider, and Total War: Rome 2, etc. Along with this, there are several gains made in SLI performance and bug fixes that were faced during previous drivers installation. You can check the release log along with a few performance charts below:

The new GeForce 337.88 WHQL, Game Ready Watch Dogs Drivers are now available to download from GeForce.com, and automatically through GeForce Experience. For gamers jumping into the world of Watch Dogs tomorrow, the 337.88 WHQL drivers are an essential upgrade, optimizing single GPU and multi-GPU SLI performance in the open-world title. For more about the game, its performance, and how to tweak it for the ultimate experience, check out our Watch Dogs Graphics, Performance, & Tweaking Guide.

Without question, DirectX is the leading graphics API of choice for game developers. Today, DirectX 11 is found in almost all AAA titles, and enables the platform agnostic integration of NVIDIA HairWorks, NVIDIA HBAO+, and other NVIDIA GameWorks effects in leading titles like Assassin’s Creed IV, Batman: Arkham Origins, Call of Duty: Ghosts, The Witcher 3, and Watch Dogs.

By remaining laser-focused on DirectX 11 (and the forthcoming DirectX 12), we have dramatically enhanced the efficiency of our DirectX 11 driver, enabling performance gains of up to 75% in DirectX 11 games, and additional benefits in games with multi-GPU SLI support. Unlike changes tailored around custom graphics APIs, our new optimizations can benefit all DirectX 11 titles the second they go on sale, regardless of developer or publisher, and apply to all DirectX 11-capable NVIDIA GPUs.

Shaders are used in almost every game, adding numerous visual effects that can greatly improve image quality (you can see the dramatic impact of shader technology in Watch Dogs here). Generally, shaders are compiled during loading screens, or during gameplay in seamless world titles, such as Assassin’s Creed IV, Batman: Arkham Origins, and the aforementioned Watch Dogs. During loads their compilation increases the time it takes to start playing, and during gameplay increases CPU usage, lowering frame rates. When the shader is no longer required, or the game is closed, it is disgarded, forcing its recompilation the next time you play.

In today's 337.88 WHQL drivers we've introduced a new NVIDIA Control Panel feature called "Shader Cache", which saves compiled shaders to a cache on your hard drive. Following the compilation and saving of the shader, the shader can simply be recalled from the hard disk the next time it is required, potentially reducing load times and CPU usage to optimize and improve your experience.

By default the Shader Cache is enabled for all games, and saves up to 256MB of compiled shaders in %USERPROFILE%\AppData\Local\Temp\NVIDIA Corporation\NV_Cache. This location can be changed by moving your entire Temp folder using Windows Control Panel > System > System Properties > Advanced > Environmental Variables > Temp, or by using a Junction Point to relocate the NV_Cache folder. To change the use state of Shader Cache on a per-game basis simply locate the option in the NVIDIA Control Panel, as shown below. 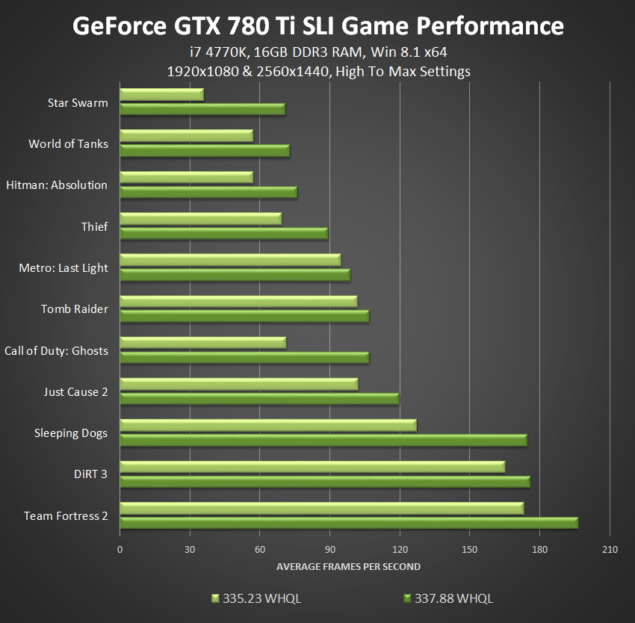 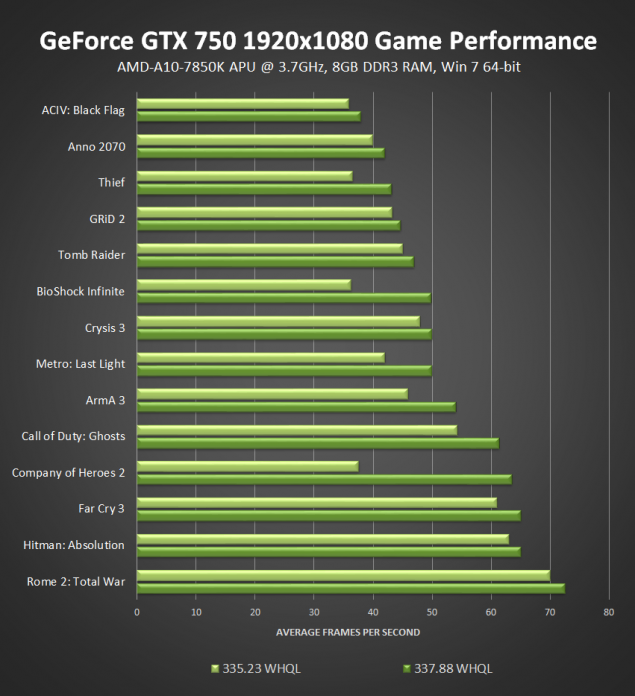