A few days ago, a Chinese leaker mentioned that NVIDIA might be preparing a new GeForce lineup based on their Pascal core. Based on the information provided, 3DCenter has posted a speculative specs sheet of what this lineup could like. Coming in 2017, prior to Volta, we can see a range of new cards for consumers.

Note: The information in this article is based on pure speculation. There's no confirmation about the mentioned products for any upcoming GeForce cards. Hence, the article should be treated as a rumor till NVIDIA officially confirms any next-gen products.

Pascal has just started launching down the budget and entry level markets. The recent GTX 1060 cards and upcoming GTX 1050 cards will make Pascal come to a more affordable range, in terms of price. The Titan X (Pascal) serves the enthusiast sector with its very impressive specifications but a high price of $1200 US. It is currently the fastest card available to gamers and will remain so until NVIDIA launches a better product or AMD introduces a competitor in the form of Vega with HBM2.

There's another graphics card expected in 2017, this one is rumored to be known as GTX 1080 Ti. Now we don't have very concrete details about this product at the moment but it is expected to feature a lower price point than Titan X (Pascal) and will feature around the same performance of the flagship Titan card. One major feature about this card is that it will be open to custom models. This would allow AIBs to experiment with their own custom coolers and PCB solutions for better cooling and overclocking capabilities.

NVIDIA GeForce GTX 1080 Ti To Be Part of Pascal Refresh?

As per 3DCenter, NVIDIA could skip the GTX 1080 Ti naming and move directly to GTX 2080 Ti branding on the new card. Now we clearly don't know if NVIDIA would use the GeForce 11 series branding or GeForce 20 series branding for their new cards but the latter seems better from a marketing perspective. Based on this, the new cards will be marketed as GeForce GTX 20** (Ti/SE). 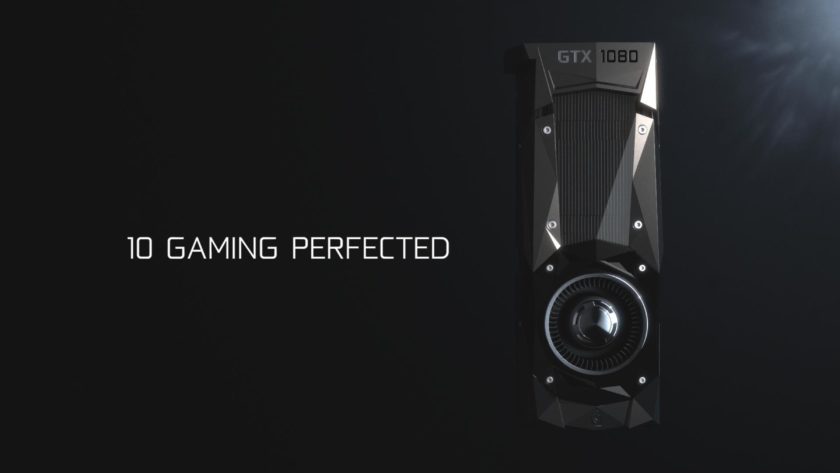 So this only leaves two GPU which have room for expansion when it comes to SKUs. The GP102 and GP100. GP100 isn't coming to consumers since it is designed for HPC and AI applications. GP102 on the other hand has been available on the consumer front for some time now. It is part of both Quadro and GeForce family. The Quadro variant features the full die configuration while the GeForce variant is based on a cut down version. So we can see a couple of GP102 variants coming for consumers soon. So without further a do, let's look at the speculated cards as reported by 3DCenter.

The first two cards mentioned by the source are GP102 based variants. NVIDIA is expected to launch their full GP102 in the consumer market at some point and that is believed to be a Titan variant. NVIDIA's Maxwell saw the release of the full GM 200 die on the Titan X and with Pascal, that could be a repeat. The card would be a new revision of the GTX Titan Black, V2 as I would like to call it. It would feature 3840 CUDA Cores clocked at around 1600 MHz, up to 24 GB of GDDR5X memory clocked at 12 GB/s along a 384-bit bus interface. That's a total of 576 GB/s bandwidth without the use of HBM. Aside from these, it would have pricing of $1200 US, same as current Titan but with 15% additional performance.

NVIDIA has historically offered the best version of their big consumer die on a Titan card. We can look back at the original Titan, Titan Black, Titan X and see that these cards are their most expensive yet most beefiest prosumer solutions. The Ti variants have always been the main attraction for gamers, and that should be the case once again when NVIDIA intros the GP102 based card. This new offering will feature cut down specs but the availability of custom models and faster clocks will lower the performance gap between a full fledged Titan card and the Ti variants.

As for branding, that is up for debate. Whether NVIDIA will continue with GeForce 10 or move to the next number remains to be seen. As of now, rumors point to the GTX 1080 Ti naming scheme but marketing division can decide to change it as done with previous series (GeForce 700 Kepler-Refresh). You can expect the Ti variant in early 2017 followed by the larger Titan release a few months later.

Next up, we have two more GP104 variants. The GeForce GTX 2080 is said to replace the GTX 1080 with the same core config but faster clocks. We talked about TSMC improving their 16nm process which will guarantee faster clock speeds and better stability on Pascal cores. The GTX 2080 can feature clock speeds up to 2000 MHz for core and 12 GHz for GDDR5X memory. Pricing is said to be around $499 US due to ease of manufacturing and better yields of GP104 while performance would be boosted by 15%.

The GeForce GTX 2070 is said to get a core revision over the GTX 1070. We have seen NVIDIA offering better core configs on their mobility version of the GTX 1070 core that has 2048 cores. The GTX 2070 could go the same route along with faster clocks of 1700 MHz and GDDR5X memory clocked at 10 GHz. This card would deliver a 20% performance boost over GTX 1070 while being priced at $349 US.

A GP104 refresh is least likely to happen but there's no reason to believe it won't happen at all. The GTX 2080 sounds like a small boost over the GTX 1080 but the pricing can attract some new users to the GeForce side. The GTX 2070, if it launches with these specs can be a big win. We can see a large number of GTX 1060 owners or Maxwell users quickly hop over to Pascal if the price and specifications of this product are aligned with what's being speculated right now.

Still, the GTX 1080 and GTX 1070 are very competitive solutions for the market right now with almost no competition in sight. Vega will have to be very competitive against these NVIDIA GP104 and GP102 parts for them to go the route of a full on Pascal Refresh in 2017. For Volta, we don't expect it in consumer market until mid of 2018.

The GP106 refresh will come in the form of GTX 2060 Ti and GTX 2060. These cards will replace the GTX 1060 6 GB and GTX 1060 3 GB models. If these cards are indeed planned for launch, we will see them in 2H of 2017. Specifications for both cards are same as the current ones but expect much higher clock speeds. Both variants will support 6 GB of GDDR5 memory and clock rates north of 1900 MHz. Performance increase would be minimal but pricing would come down by 10 percent.

A Pascal GP106 refresh was mentioned in the earlier leak but we expect them to feature GDDR5X memory instead of GDDR5. Also, these parts will be placed against Vega 11, which will be the smaller of the two Vega cores. Another route NVIDIA can take is switch over to GP104 with the next GTX 2060 cards. A cut down variant that provides around 1664 or 1792 cores can offer decent performance with around 10% deficit over the GTX 1070.

The specifications for this card seem out of place. The GTX 1050 Ti is expected to boost around 1392 MHz while the GTX 2050 is said to clock around 1700 MHz. I don't expect we can see such a big clock difference from a core based on the same process node with little improvements. Of course, I don't know for sure but the other specifications might be true that is if this card ever launches.

This brings us to the end of the Pascal Refresh discussion. As pointed above, the entire article is purely based on speculation. We will be looking at new Pascal based launches in 2017 since Volta is expected in mid of 2018. That is at least for the consumer side. But this doesn't mean that NVIDIA may go to a full line refresh. I think it's best we wait it out till CES 2017 where NVIDIA is expected to announce new products. 2017 would also see the launch of AMD's Vega consumers GPUs that could trigger NVIDIA to launch a new product line based on improved Pascal architecture. Do let us know in the comments below what you think about the speculated Pascal Refresh lineup.

In the upcoming Pascal Refresh, which card would you be more interested in?

As the SEC Tightens Its Noose Around Kim Kardashian on Crypto Disclosure Delinquencies, Is Elon Musk Next on Dogecoin?