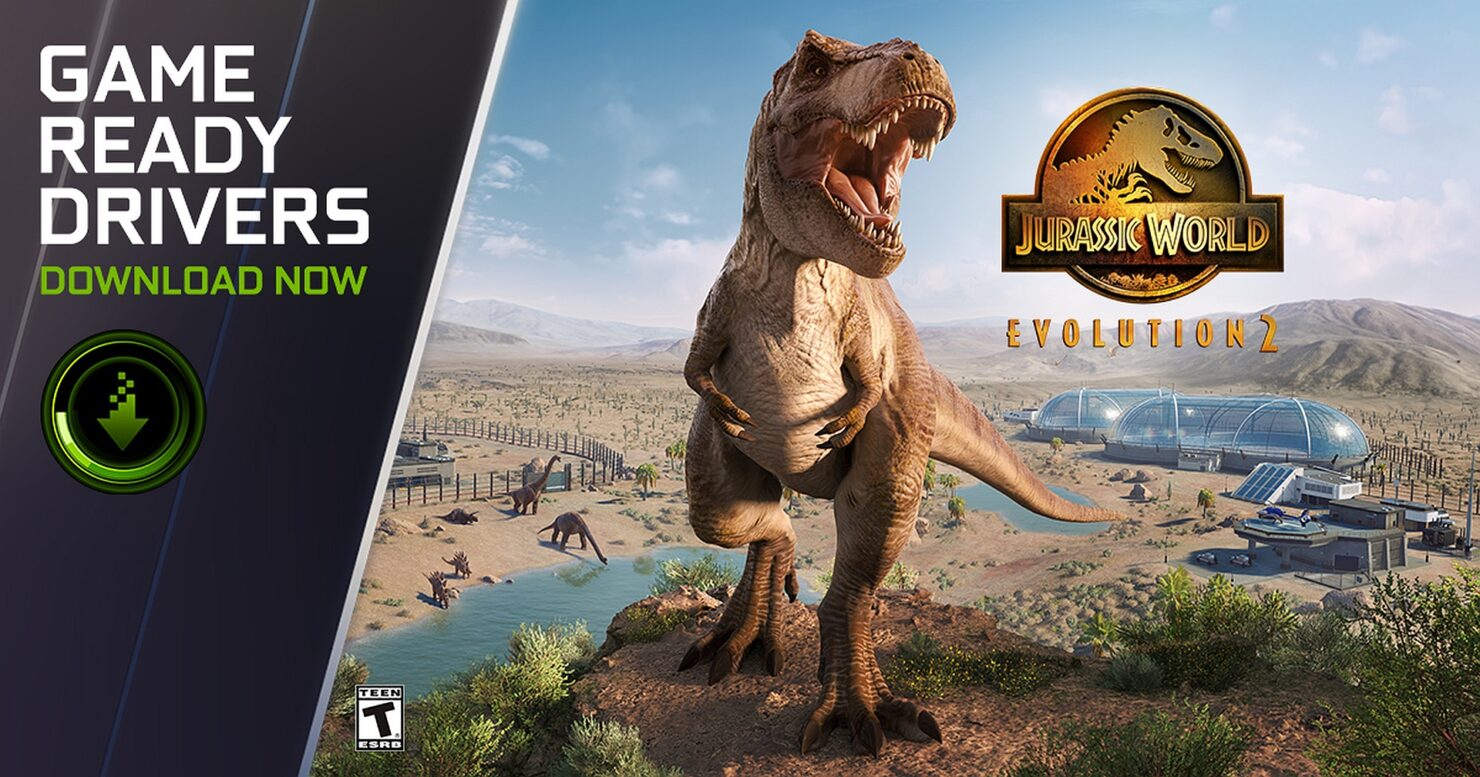 Jurassic World Evolution 2, available starting today on PC and consoles, benefits greatly from NVIDIA DLSS. With the native 4K resolution and max settings, not even the mighty RTX 3080 Ti can reach an average of 60 frames per second, whereas enabling NVIDIA's Deep Learning Super Sampling technology with the Performance Mode produces a 60% uplift in average FPS, allowing even the RTX 3060 Ti to get really close to 60 frames per second. 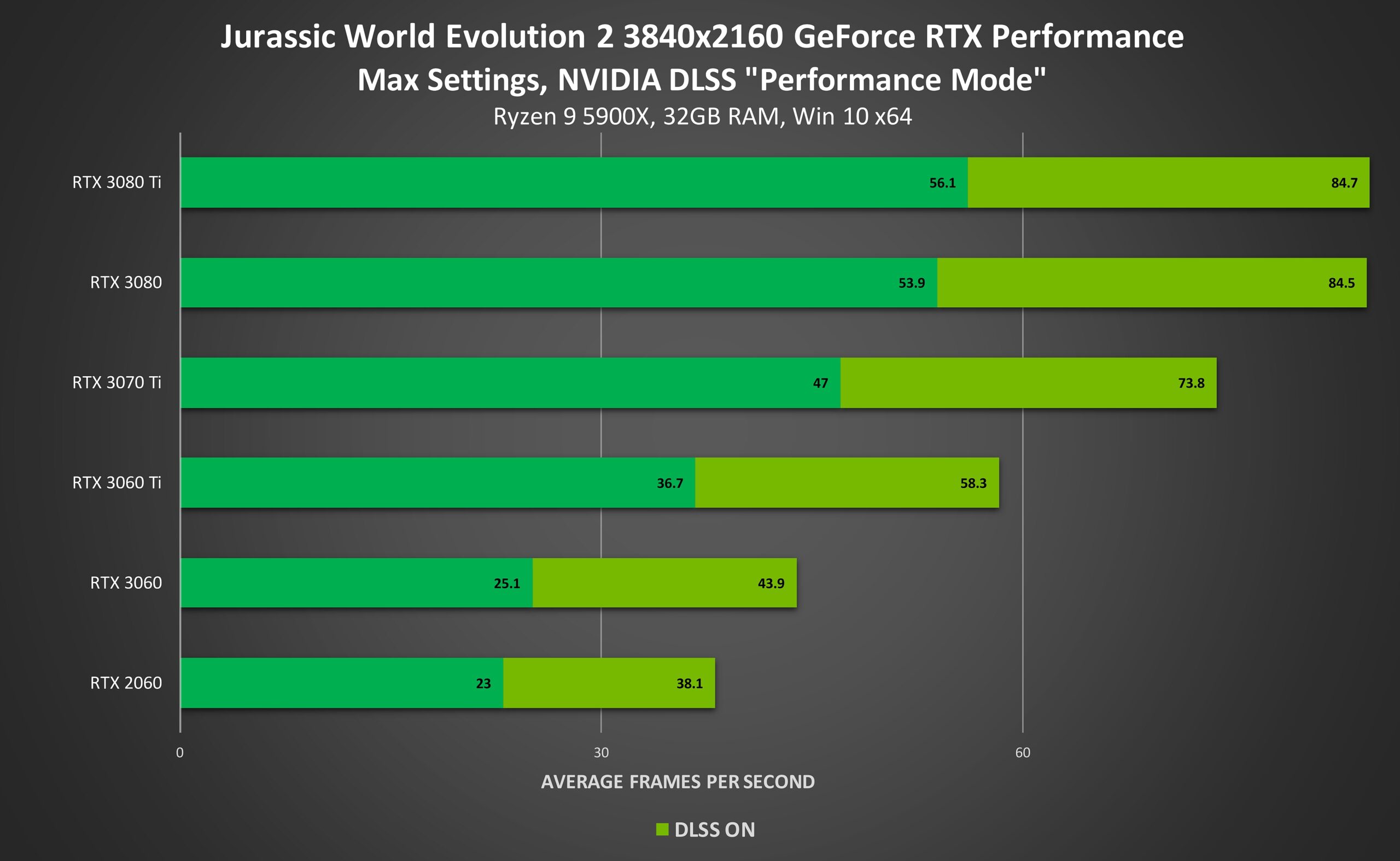 Jurassic World Evolution 2 can also be played at launch via NVIDIA's GeForce NOW cloud gaming service, by the way.

The other game that just got NVIDIA DLSS support is Hot Wheels Unleashed, as mentioned above. The racing game from Milestone is way less in need of a performance boost, though. Even the RTX 2060, the least powerful GPU that supports NVIDIA's Deep Learning Super Sampling, already ran the game at over 60 frames per second on average. With DLSS set to Performance Mode at 4K resolution and max settings, the RTX 2060 gets really close to 100 frames per second; on the upside, gamers equipped with high refresh rate displays will be able to take advantage of them in this title. 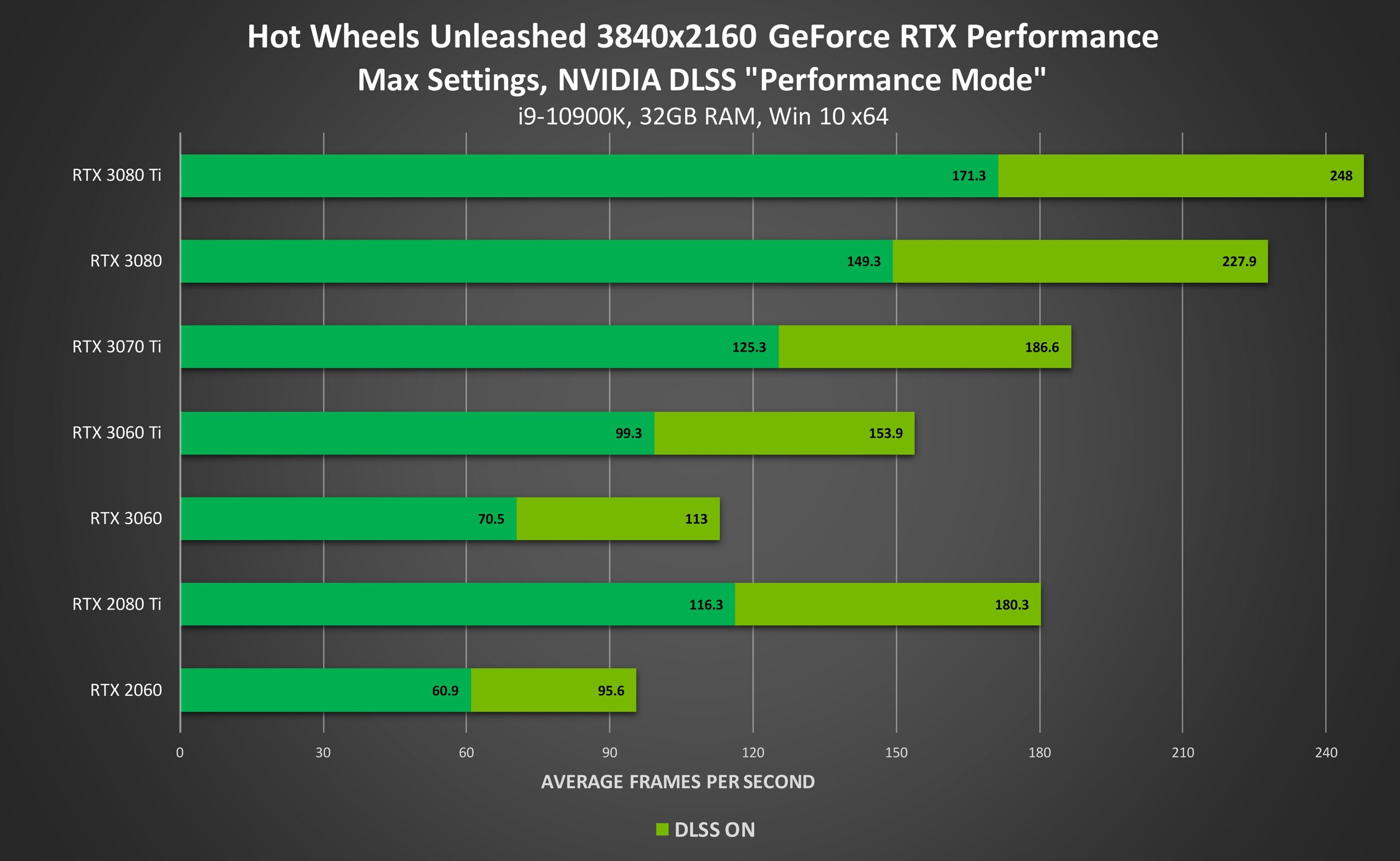 For Hot Wheels Unleashed, NVIDIA also shared a brief DLSS comparison video. You can check it out below.

Several of the biggest upcoming PC games, such as Grand Theft Auto: The Trilogy - The Definitive Edition, Battlefield 2042, and God of War will support NVIDIA DLSS. Sadly, there's no such news for Elden Ring, even though we did recently learn the game will support ray tracing in some form through a patch.