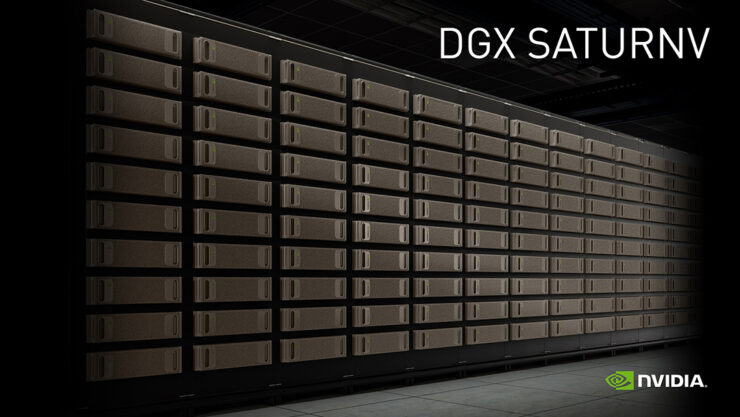 NVIDIA has announced their latest DGX SATURNV Supercomputer that is designed to build smarter cars and next generation GPUs. The DGX SATURNV is termed as the most efficient supercomputer and utilizes NVIDIA Pascal GPUs.

The DGX SATURNV is ranked 28th on the Top500 list of Supercomputers and is also the most efficient of them all. The Supercomputer houses several DGX-1 units, which is NVIDIA's custom designed server rack based on their Tesla P100 graphics chips. Right now, the most efficient machine on the Top500 list is rated at 6.67 Giga Flops/Watt. The NVIDIA designed DGX SATURNV delivers an incredible 9.46 GigaFlops/Watt which is a 42% improvement. 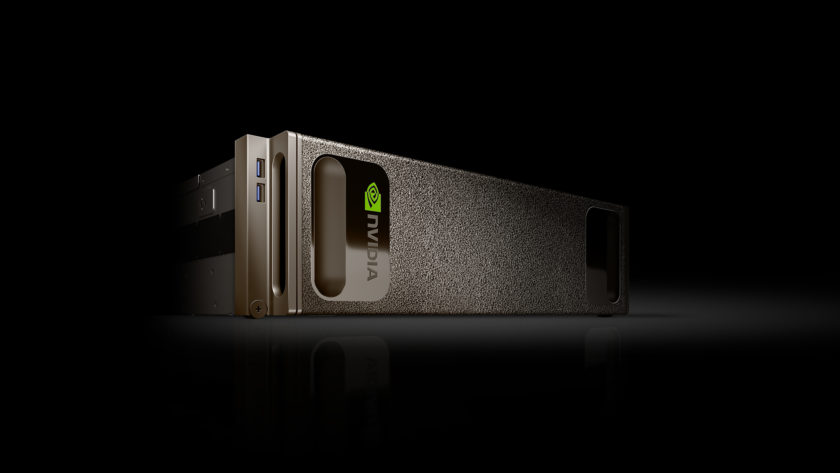 What Powers The DGX SATURNV?

Powering the NVIDIA GDX SATURNV are 124 DGX-1 units. The NVIDIA DGX-1 is a supercomputer inside a box and is capable of delivering large amounts of performance in a small package. 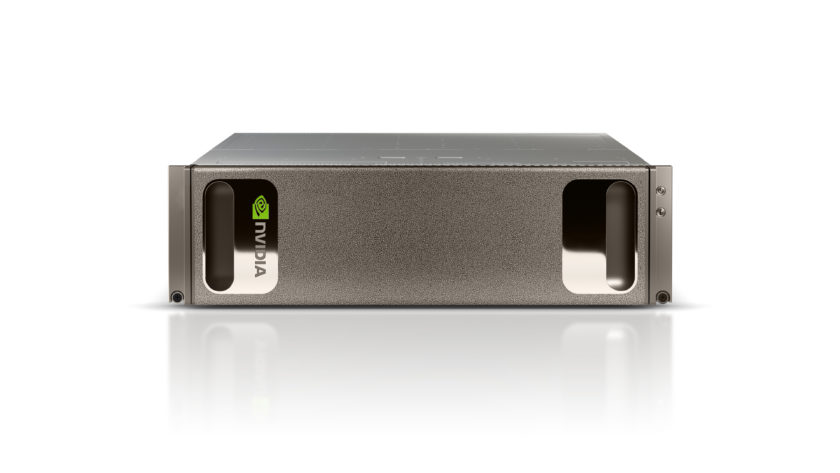 The NVIDIA DGX-1 is a complete supercomputing solution that houses NVIDIA’s latest hardware and software innovations ranging from Pascal and NVIDIA SDK suite. The DGX-1 has the performance throughput equivalent to 250 x86 servers. This insane amount of performance allows users to get their own supercomputer for HPC and AI specific workloads.

Assembled by a team of a dozen engineers using 124 DGX-1s — the AI supercomputer in a box we unveiled in April — SATURNV helps us build the autonomous driving software that’s a key part of our NVIDIA DRIVE PX 2 self-driving vehicle platform. via NVIDIA

Some of the key specifications of NVIDIA’s DGX-1 Unit include: 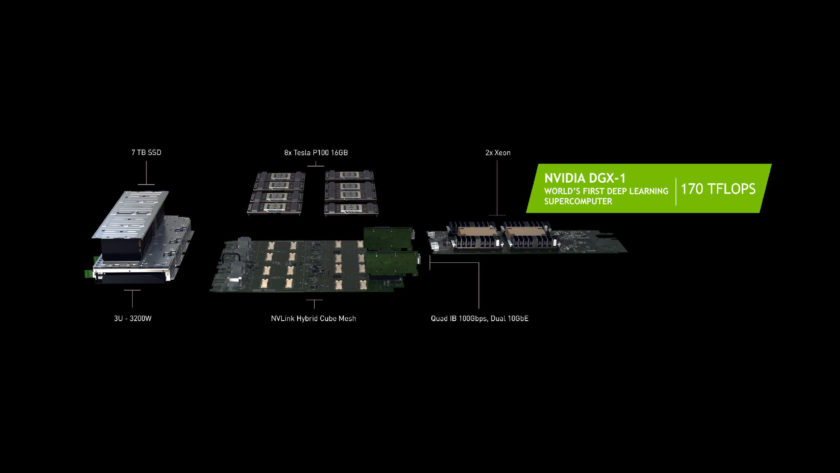 DGX-1 is an appliance that integrates deep learning software, development tools and eight of our Tesla P100 GPUs — based on our new Pascal architecture — to pack computing power equal to 250 x86 servers into a device about the size of a stove top. via NVIDIA

The Tesla P100 is the heart of the DGX-100 platform. Featuring the latest 5th generation Pascal architecture with 3584 CUDA Cores, 240 texture mapping units, clock speeds up to 1480 MHz and 16 GB of HBM2 VRAM (720 GB/s stream bandwidth), the DGX-1 is all prepped for the most intensive workloads pitted against it. The chi[ delivers 5.6 TFLOPs of FP64, 10.6 TFLOPs of FP32 and 21.2 TFLOPs of FP16 compute performance. It comes in a 300W package but delivers up to 17.7 GFLOPs/Watt at double precision compute.

“This system is internally at Nvidia for our self-driving car initiatives,” says Buck. “We are also using it for chip and wafer defect analysis and for our own sales and marketing analytics. We are also taking the framework we are using on this system and using it as the starting point for the CANDLE framework for cancer research. You only need 36 of these nodes to reach one petaflops, and it really speaks to our strategy of building strong nodes. The small number of nodes makes it really tractable for us to build a system like Saturn V.” via NextPlatform 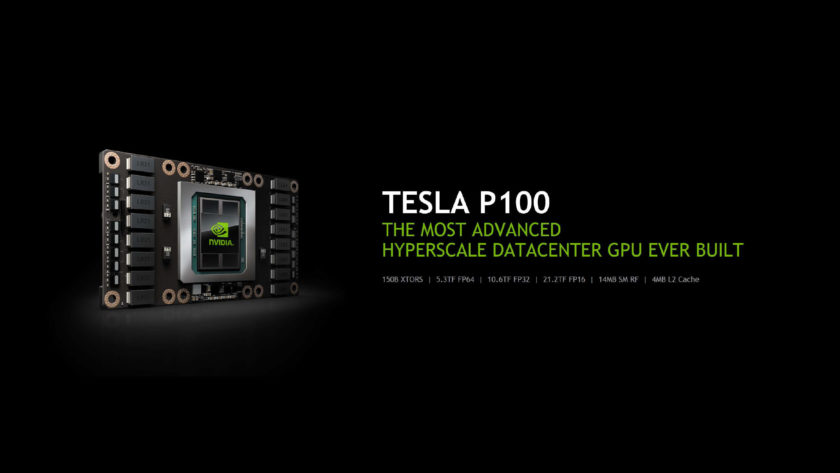 The DGX SaturnV proves that NVIDIA Pascal GP100 was designed for the AI / Datacenter market, offering incredible amounts of power efficiency to this market along with increased performance from previous gen graphics processing units.