Yesterday, NVIDIA was supposed to launch their high-performance GeForce GTX Titan Z graphics card however the card isn't available in the market nor could the reviews be found online. This is a bit disappointing and delay has been confirmed by GDM.OR.JP who mention that the GeForce GTX Titan Z has been delayed indefinitely and no words on the new launch date have been passed over to the press. 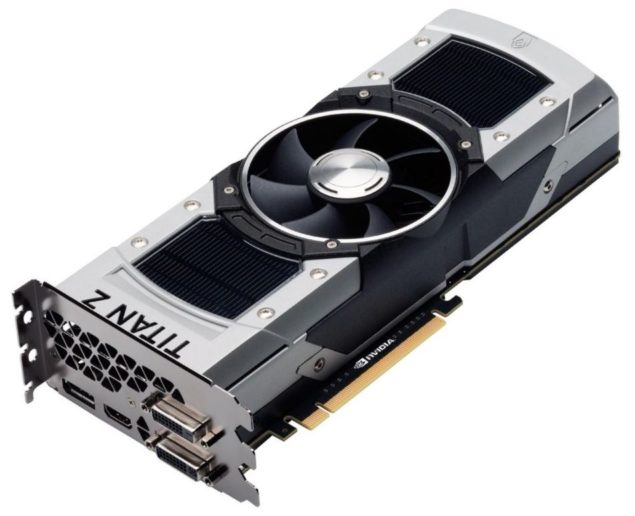 NVIDIA's GeForce GTX Titan Z which is composed of two GK110 cores was initially planned for launch of 29th of April however due to unfinished drivers and a design change to the bracket, the card was delayed to 8th April 2014. The more recent reports are now saying that retailers in APAC market have mentioned that the card has once again been delayed to an unspecified date and the reason is once again blamed to be the drivers. It is not know what driver would feature but it probably boosts the card and optimized specifically for the GeForce GTX Titan Z. Here's a small description of the driver from our previous post:

The NVIDIA GeForce GTX Titan Z is planned for launch on 8th May 2014. The reason for the delay has to blamed on the NVIDIA drivers which were not ready to be shipped during the last month. The new official drivers which are named GeForce 337.69 is a press driver and a WHQL variant would be available to consumers during the launch day.

According to retailers, the GeForce GTX Titan Z is already in stock and availing the lifting of the embargo date but none has been finalized until NVIDIA releases the latest driver. We have already seen several listings of the card which include PNY, ZOTAC, ASUS, MSI, EVGA SuperClocked variants appearing on several retail sites although the cards won't be sold until the NDA date is over. ASUS even went ahead to post their official press release saying that the card has now been launched and we all know how that played out.

While the card remains delayed for an indefinite period of time, Computerbase mentions that the GeForce GTX Titan Z may receive a final pre-launch clock speed increment from NVIDIA which will help leverage its speed and performance against the rival AMD Radeon R9 295X2 which was launched last month. At half the price of what NVIDIA's asking for their Titan Z ($2999 US), the Radeon R9 295X2 at $1499 US sounds like a great deal and soon custom variants such as the recently leaked PowerColor Devil 13 would also be available in the market and its not known whether or not NVIDIA will allow custom variants of their board design. Regardless of this, we'll definitely be looking at a launch within this month and you can compare the specifications of the card with other GPUs in the chart below: