Nvidia to Cough up 1.9 Million Canadian Dollars to Compensate for Faulty Mobile GPUs.

Disclaimer: Please attempt to digest this news maturely. (Oh who am i kidding with.)

Ok we so we have an interesting piece of news. Apparently Nvidia is being made (they settled) to cough up 1.9 Million Canadian Dollars in Compensation Money due to faulty G84/G86 Chips (very very old mobile GPUs). The court case must have ended finally because this is the climax of something that happened in 2008!

Nvidia G84/G86 Users will be Compensated via Share in 1.9 Million Canadian Dollars

Now here is the thing, if you live in Canada and bought a laptop (With the above mentioned GPUs ) in the time of November 2005 - November 2010 you are eligible to apply for the compensation. This offer is only valid till 25 Feb 2014 (). We are not really sure how exactly you will be given a share of the settlement offer but free is free right?

This is basically the finale of the court battle of the infamous "All G84 and G86 GPUs are Faulty" Incident. The symptoms of the same varied between the following:

Basically, this suit was launched after the confirmation came that the die packaging of the G84/G86 Mobile GPUs was to blame for the entire line being defective. To which some upset Canadians launched a law suite. They eventually reached a settlement offer which was that Nvidia will offer 1.9 Million Canadian Dollars as Compensation.

A list of common models with the above mentioned mobile GPUs. All eligible for compensation (courtesy of MyDrivers.com via ChinaDIY): 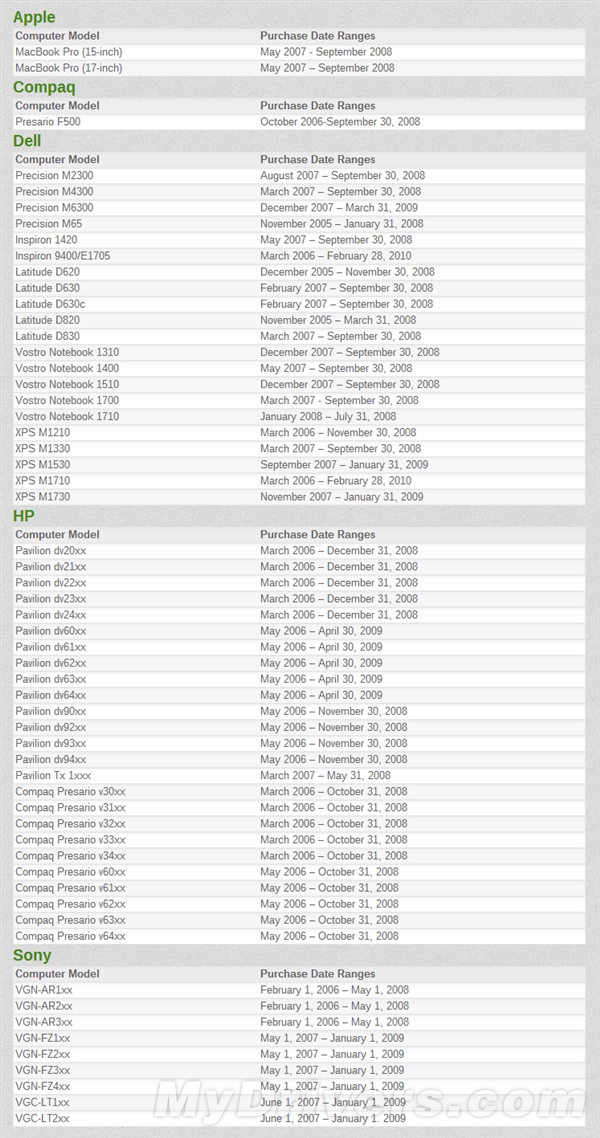 #Nvidia to cough up 1.9 Mil Canadian Dollars to Compensate for the Faulty G84 and G86 GPUs. Anybody remember those? http://t.co/GCHFWjJtyP