NVIDIA has rolled out its performance boosting GeForce 310.33 Beta Driver which brings upto 15% performance improvement for GeForce 600 series graphic cards. The newly released Beta Driver is directly aimed towards the AMD's "Never Settle" Catalyst 12.11 Driver update which was released a day ago, improving the Radeon series performance around 10-15%. 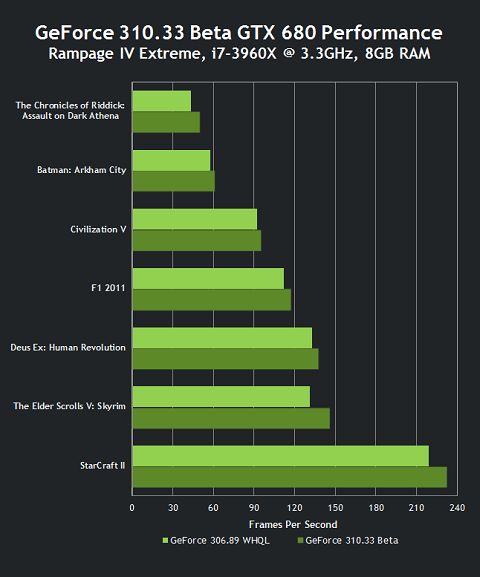