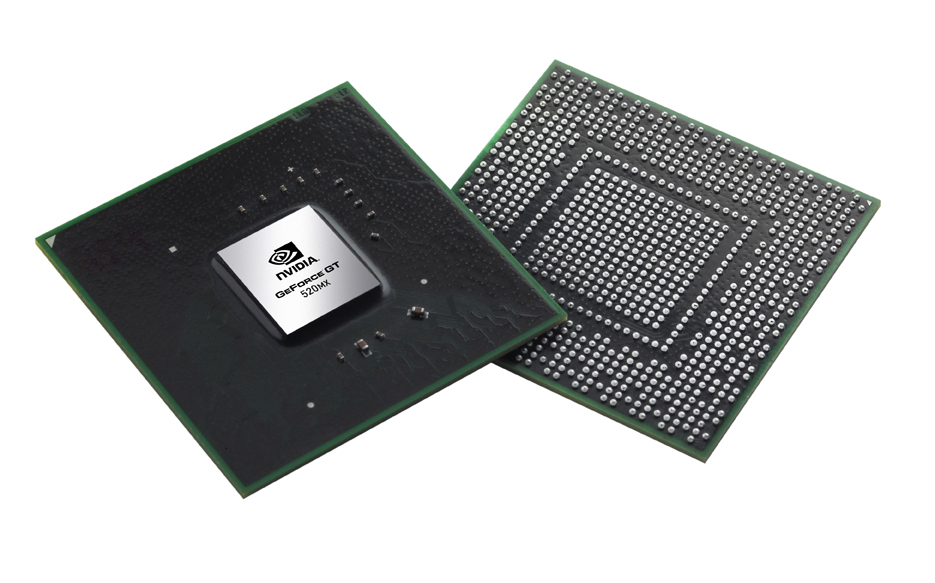 Nvidia has announced two new Mobility Graphics GeForce chips which it detailed today at the Computex 2011 event. The Graphics chips include the Geforce GTX 560M solution which would be integrated in high end notebooks while the GT520MX will target a mainstream line. GTX 560M itself is a very high-end mobility chip with the tag "DirectX 11 done Right" which means playing new titles on 1080P and maxed out setting with a notebook featuring the new chip would provide acceptable framerates as compared to the older 460M solutions.

Being a refined version of the older chip, GTX 560M would also allow for 3D vision, PhysX and Cuda features to be utilized more efficiently provide higher performance while providing same battery life as older versions:

As far as the technical specs go, The GXT 560M features 192 Cuda Cores with 1.5-3GB GDDR5 variants running along a 192-bit wide memory interface. The chip is clocked at 775/1550/1250mhz for Core/Shader/Memory respectively. While the GT520MX includes 48 Cuda Cores with 1-2GB GDDR3 (64-bit) options clocked at 900/1800/1800mhz for Core/Shader/Memory. The notebooks would be 3D-Ready and will be bundled with wired 3D vision glasses which could directly be plugged into the notebooks for a rich 3D-Vision experience. Pricing and Performance charts along with the list of notebooks to support the new Mobility graphics solutions are detailed below: 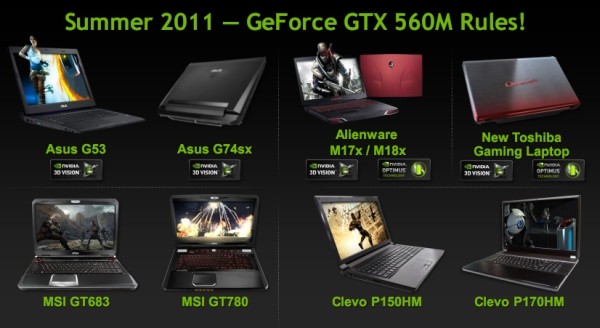 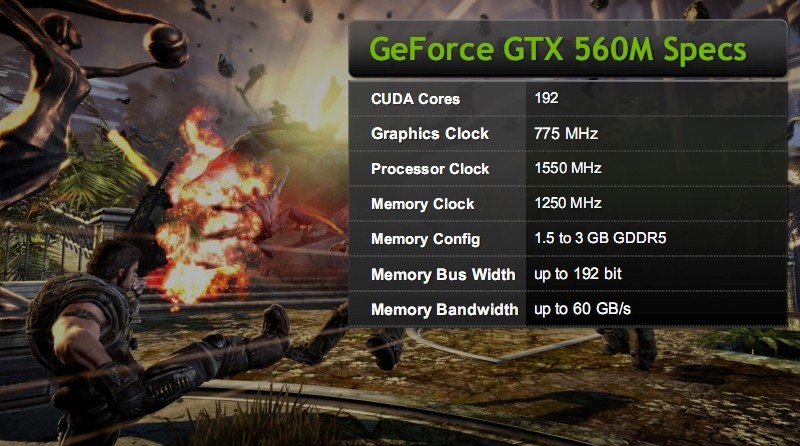 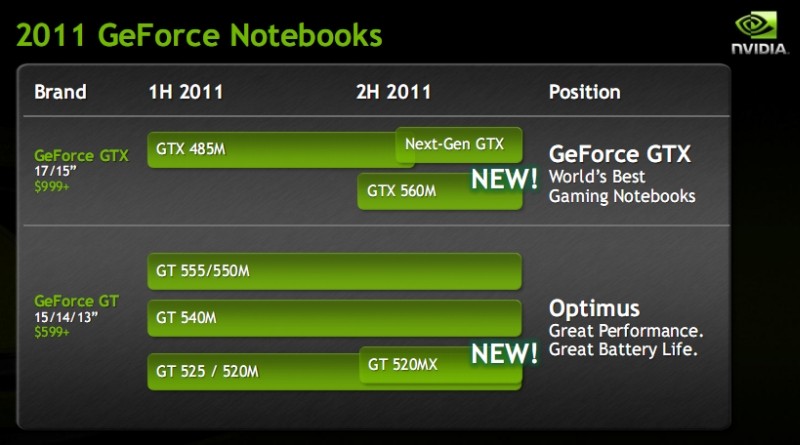 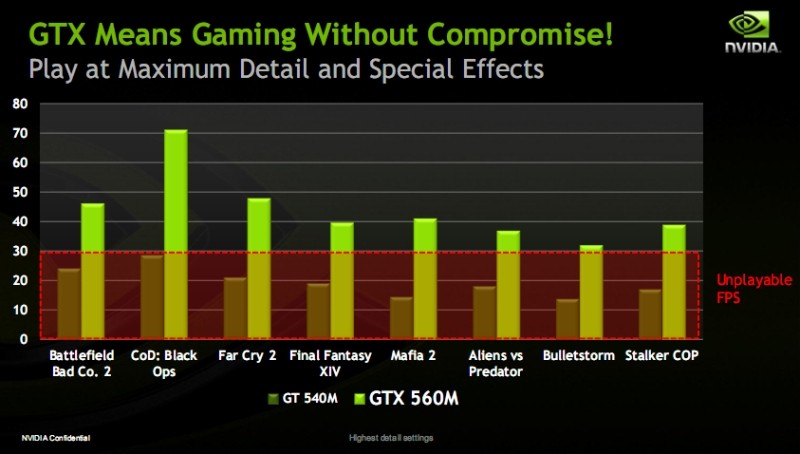