NVIDIA has officially introduced new GeForce 700M series mobility chips including the flagship GeForce GTX 780M which claims the title of the fastest mobile chip in the world.

Rest of the GPUs in the lineup are based on the GK106 core architecture. The GeForce GTX 770M is the fastest model based on the GK106 GPU featuring 960 cores and a 811 MHz core clock. The GTX 770M comes with a 8GB GDDR5 memory across a 192-bit interfacewhich operates at 4 GHz pumping out a bandwidth of 64 GB/s. The GeForce GTX 765 and GTX 760M feature 768 cores, coupled with a 2 GB GDDR5 memory across a 128-bit interface clocked at 4 GHz clock speed. The difference between these two is the clock speed, the GTX 765M comes at 850 MHz while the GTX 760M operates at 657 MHz. The new series come with GPU Boost 2.0 tech which would provide boosted clock frequencies under demand.

The following chart is courtesy of Videocardz!

Following slides are courtesy of Sweclockers! 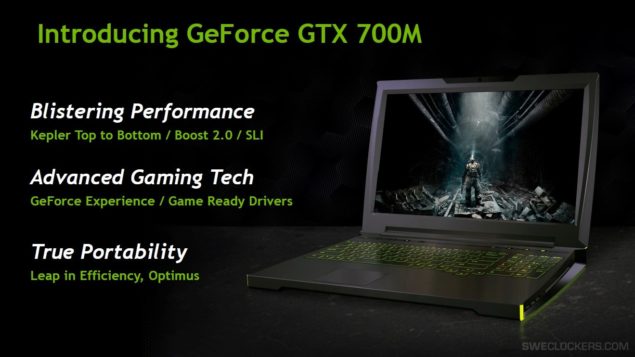 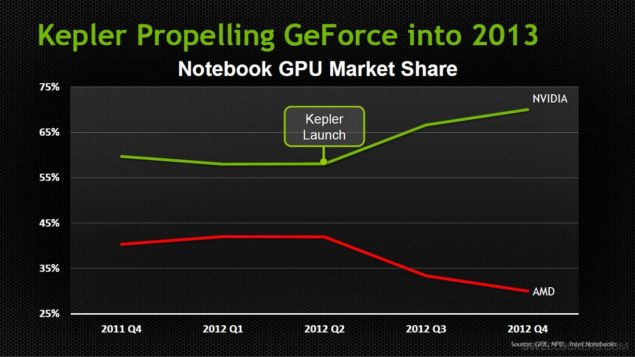 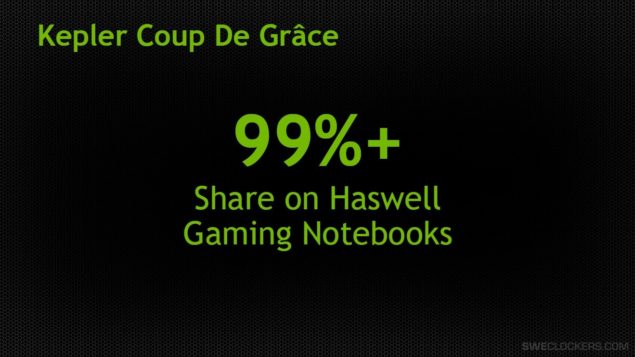 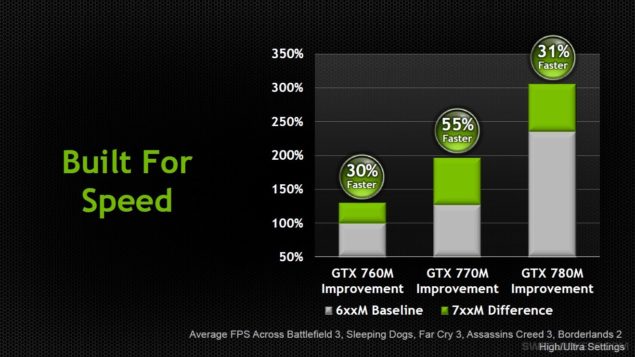 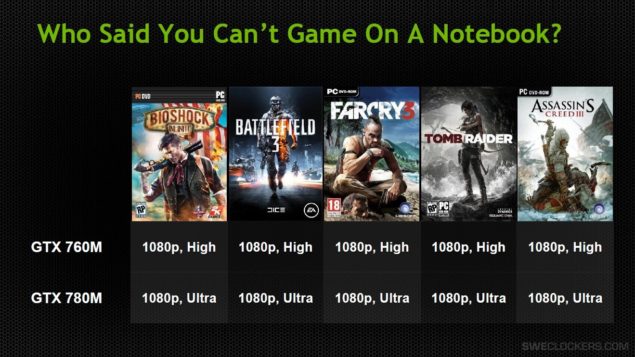 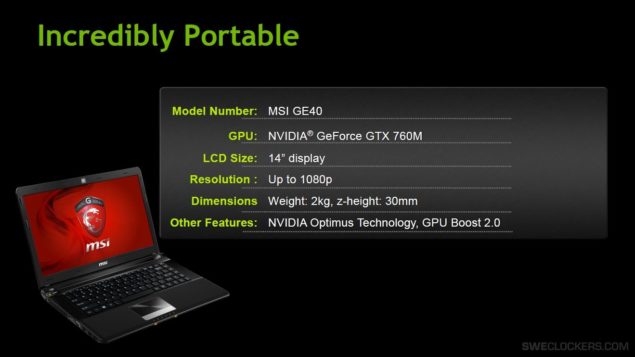 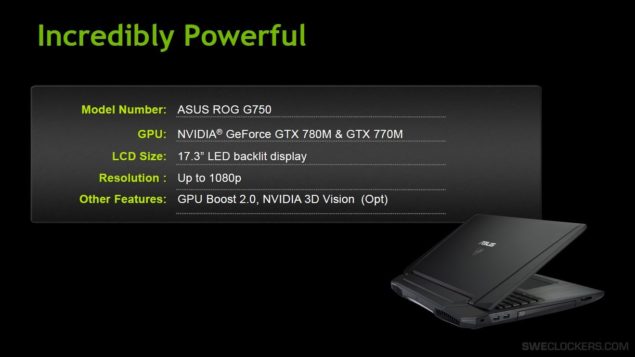 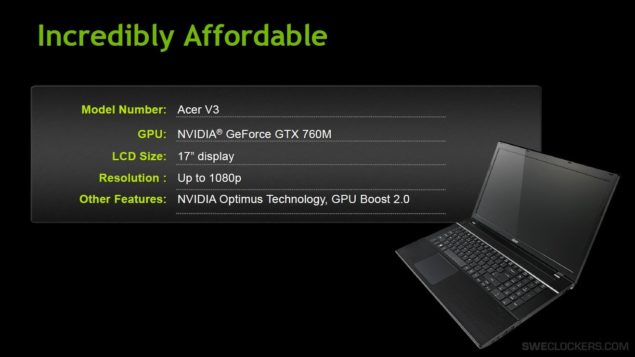